Only men are allowed to become priests within the Church of Jesus Christ of Latter-Day Saints. That means men are the only ones allowed to confer formal blessings on other Mormons, offering them healing, comfort, and encouragement.

But what if women had the authority to give blessings?

Ordain Women, an advocacy group, is imagining what that would look like. In its continuing quest to open the priesthood to women, the group released a series of photo illustrations that show women laying hands on the sick. The photo series coincides with their motto for 2015: “Honoring Our Past, Envisioning Our Future.”

Founder Kate Kelly, who was excommunicated by church authorities last year for her work with Ordain Women, is quick to point out that no blessings were actually said during the photo shoot. The group simply wanted Mormon women to think about what the future could look like. 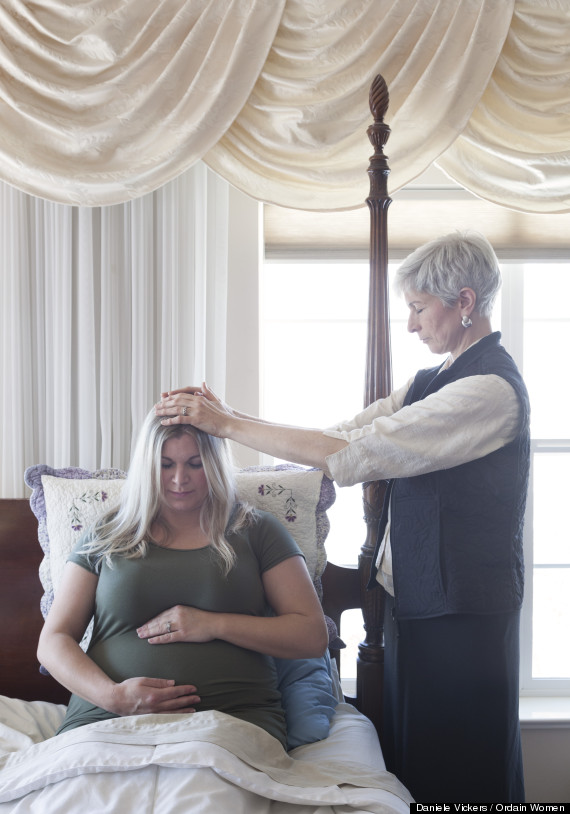 “It’s so engrained in women that leadership and rituals are for men only,” Kelly told HuffPost. “Part of creating this images is to help women realize you don’t have to be a man to be in these roles.”

Priesthood blessings are important parts of family life. Men are given the authority to bless and baptize children by laying hands on them. They can also say special prayers to heal the sick.

Gordon B. Hinckley, prior President of The Church of Jesus Christ of Latter-day Saints, has said that women do not hold the priesthood in the church because that "the Lord has put it that way."

The men hold the priesthood, yes. But my wife is my companion. In this Church the man neither walks ahead of his wife nor behind his wife but at her side. They are co-equals in this life in a great enterprise.

In fact, Ordain Women represents only a small minority 2010 within the church. Researchers David Campbell and Robert Putnam found that 90% of LDS women were actually against the idea of having female priests. 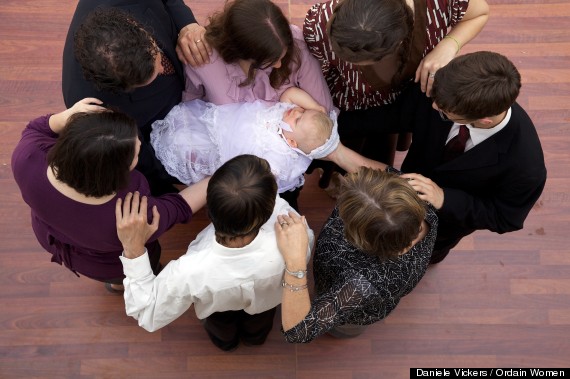 But Kelly and other members of the group believe that women should be given this role.

“Mormon women are excluded from all levels of leadership in the church and this is one of the more intimate,” Kelly told HuffPost. “If you have a sick child or a friend giving birth, or one of those practices that are integral to intimacy and family life, women are still prohibited from doing it.”

“It’s almost as if we’re not only barred from participation in public rituals, but also in our private lives in our own homes,” she continued.

According to The Salt Lake Tribune, the practice of giving blessings has changed over time. During the first 100 years of Mormon history, women were allowed to lay their hands on the sick and confer blessings.

“Early Mormon pioneer women and midwives did participate in these types of blessings and other ordinances in the church,” Kelly said. “Women have a more restricted role now than we used to.”

Jana Riess, a Mormon blogger for the Religion News Service, told HuffPost that she hopes the photo series raises awareness about the strong women pioneers who helped lay the foundation for the church. She says that even though the majority of Mormon women don't support the idea of female priests, some women are talking about how women can have a more visible role in church leadership.

"There are many policy changes that can happen that fall short of the radical step of giving women the priesthood, and I think we will see more women and men rally toward this middle ground — letting women hold their babies while male priesthood holders perform a baby blessing, for example, or having sister missionaries oversee both elders and sisters on the mission field," Riess said in an email. 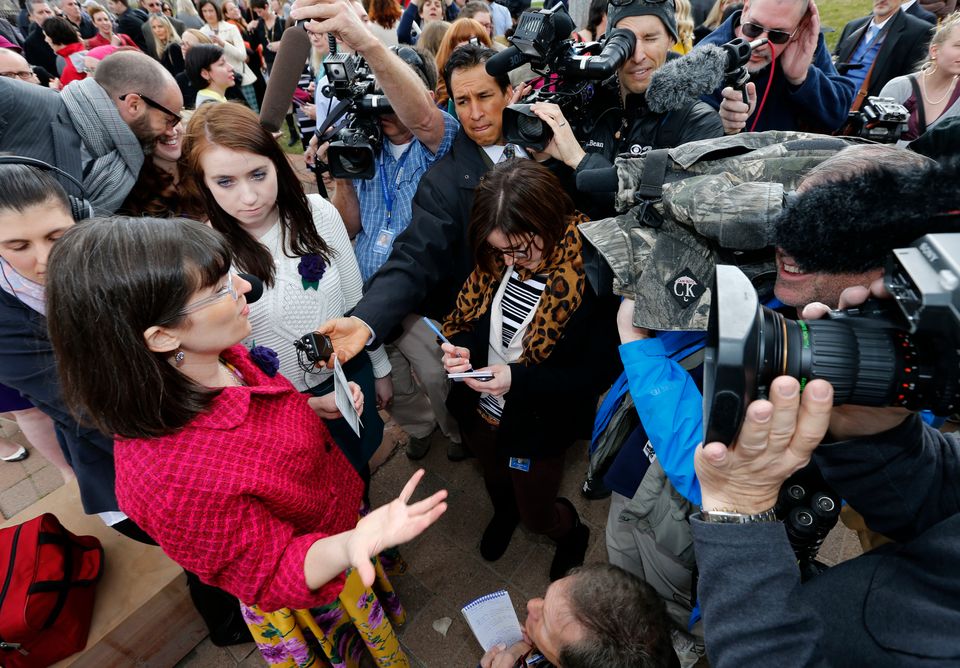 1 / 13
Mormon Church Holds General Conference In Salt Lake City
SALT LAKE CITY, UT - APRIL 5: Kate Kelly founder of 'Ordain Women' talks to the media with over 500 supporters on April 5, 2014 in Salt Lake City, Utah. The group organized to ask the leaders of the The Church of Jesus Christ of Latter Day Saints, Mormons, to open up their all male priesthood to women ordination and leadership. They are going to march to temple square and request entrance to the churches all male priesthood session. (Photo by George Frey/Getty Images
Getty Images