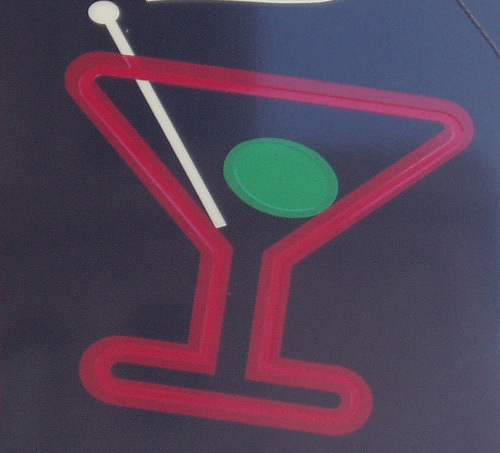 When I began to think of what I would write about to begin this entry, I thought about the number of years that I've been active in the restaurant/hotel business, and how much change that I've seen. I began as a barback in 1973 and worked my way through every conceivable front-of-the-house position from Waiter to Sommelier to General Manager. The majority of my experience has been "behind the stick" as a bartender. From that vantage point, I have seen plenty, which I look forward to sharing with you.

When I began in the business, there were three distinct groups of customers: My parents and their parent's generation, the Depression Era/World War II generation, and my generation, who grew up in the '60s and '70s. There also were the kids who grew up in the 50's and they were a sort of hybrid group who lived in both cocktail-aware worlds. My generation generally ordered beer, wine, and maybe highballs or drinks like Black Russians, or margaritas, but rarely if ever did a Manhattan, Rob Roy, or a Martini touch their lips. There were places like TGI Friday's with their ambitious cocktail lists or Trader Vic's with a whole lineup of Tiki Drinks and so you just ordered the drink off the menu. No thinking or consideration of how it was to be made, you just trusted the bartender to produce it correctly. Many of the drinks couldn't be reproduced outside of that establishment, either due to a lack of knowledge or ingredients to make it with.

But, the martini was a drink everyone knew, or thought they knew. Somewhere in the late 1980s, depending on where you were drinking in the country, their was a Cocktail Revival. Classic cocktails like martinis were being ordered by the post-war generation in significant numbers. This tide swelled, until a critical mass of them were ordered on a regular basis. While the so-called "Greatest Generation" knew how to order a martini, the vast majority of the baby boomers did not. There was some confusion as to how to order a martini, and in what order to recite it. There are other cocktails that suffered the same fate, but for the sake of this article we will stick with the martini.

The martini in its classic form was made with gin -- make no mistake about it -- and years ago a martini meant gin, period. Vodka has usurped gin for many years now as the base of choice, so that has to be considered in this discussion. It should also be understood that a classic martini contained dry vermouth and perhaps orange bitters, but we will leave the bitters out for now.

Now I am not here to tell anyone what proportions of vermouth to have, or whether you should order it shaken or not. I simply want to enlighten those of you who were born after WWII as to how it was done then, and how easy it is to get what you want by following these simple steps:

First: Call your base, either gin or vodka or your brand of choice, e.g., Beefeater or Stoli.

Fourth: Your garnish, olives or a lemon twist. (With a cocktail onion the drink is called a Gibson, so you don't need to say onions just substitute Gibson for martini). They used to order them "Naked" if they didn't want a garnish, but I haven't heard that in a while.

Lastly: If the bartender looks like he/she knows what they are doing, and the establishment is one of high repute, you don't need to tell them whether to shake or stir, because they should know that you only shake if a cocktail contains ingredients other than booze like juices or cream, or if the customer requests it, or if the drink is called "dirty," which means with olive brine which then could be shaken).

There it is, the old but rather simple way to order your martini and get what you want. Oh by the way, they taste better when you are dressed up, even if you are at home!!

See you when I see you!

One of America’s foremost bartenders