Whether it's newcomers like Seamless and grubHub or veterans like Apple and Starbucks, companies of all sorts are making it easier than ever to order and pay with as little human interaction as possible.

That might be convenient and faster, but it’s not great for our health.

Ordering food online from restaurants causes people to do two unhealthy things: order more food and choose items that are higher in calories. In fact, a 2012 study centered around a North Carolina pizza restaurant found that total calories in online orders were about 6 percent higher than phone orders. That came out to about 100 calories more per order, according to Ryan McDevitt, an assistant professor at Duke University Fuqua School Of Business and the author of the study. 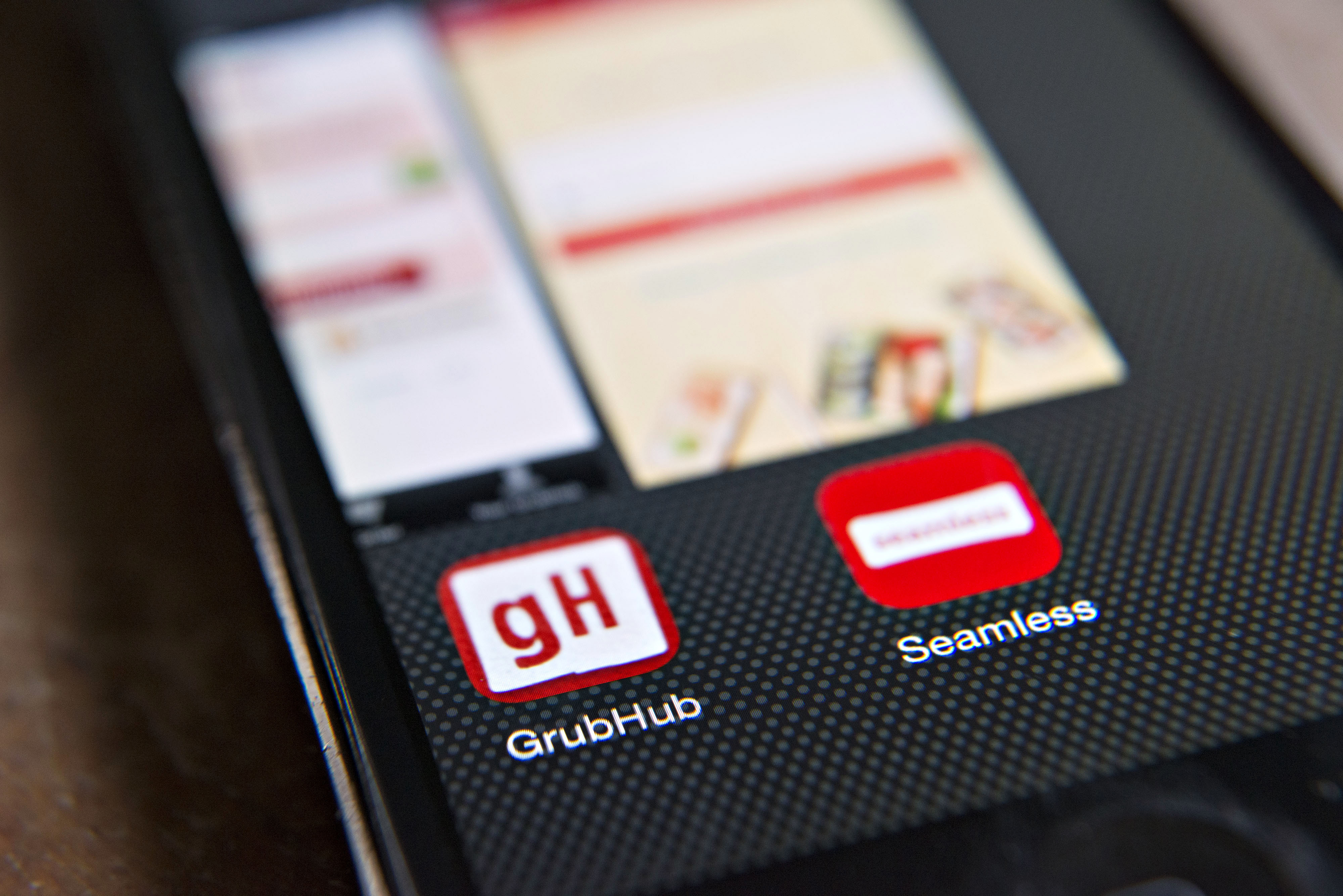 GrubHub and Seamless make it possible to avoid almost all social interaction while ordering. (Tim Boyle/Bloomberg via Getty Images)

So why do we order with more reckless abandon when we're using our smartphones and laptops? McDevitt said these barriers to human interaction essentially also act as barriers to shame. If there’s no waiter, there’s no other person to make them feel guilty for making less-sensible choices.

“There’s no social interaction [when ordering online] like there is at a restaurant, or even on the phone,” McDevitt told The Huffington Post. “No one’s judging [the customer] implicitly, even if it’s just the waiter at the restaurant. If that social force isn’t in play, you might change the way you act.”

Other recent research backs up the idea that we act differently when separated from the world by a screen. One study, for example, found that patients were more likely to admit to binge drinking over text message than they were over the phone. Alone, we can be more honest with ourselves about who we are and what we want. When it comes to admitting to drunk driving, that's a good thing. When you're choosing between fries and a salad, not so much.

Ordering online is not exactly new -- Pizza Hut claims to have taken the first web-based order back in 1994 -- but with the rise of the app economy and online ordering platforms like Seamless and GrubHub, its popularity has grown. GrubHub alone has seen its number of regular users grow by 50 percent, to 4.6 million, in the past year. And with new corporate inventions coming out all the time, it could “get worse well before it gets better,” as McDevitt put it.

Chili’s, for example, has set up touchscreen tablets in roughly 1,000 restaurants across the country. And yes, Chili's told HuffPost in an email that guests using the tablets "typically order more," especially when it comes to dessert. 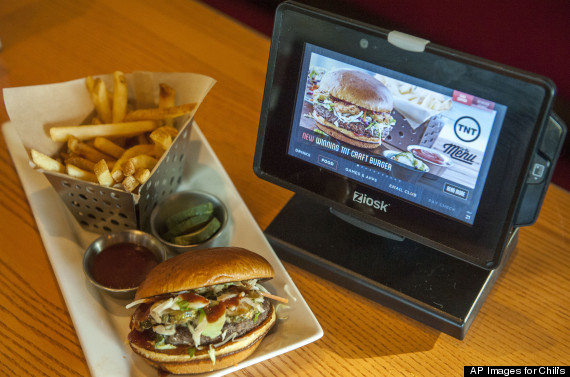 Domino's has come to a similar conclusion about customers' preference for ordering. Domino's didn't respond to an email from HuffPost, but now some 40 percent of Domino’s U.S. customers order online, according to recent figures reported by Bloomberg.

“We look at surveys of our customers, and they’re pretty clear in telling us they like ordering on digital better than talking on the telephone,” Domino’s chief financial officer Michael Lawton was quoted by Bloomberg as saying. 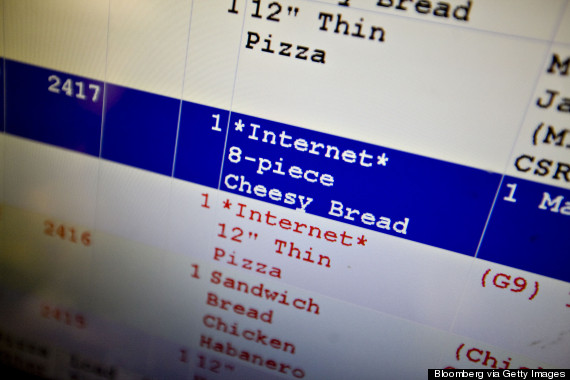 A screengrab of Domino's online ordering system from 2010.

Starbucks also looks to be trying to cash in on the phenomenon with its recently released order-ahead smartphone app. The app allows customers to place their orders before even arriving at the store. Now, rather than dealing with that disapproving look from your barista when you say you'd like some whipped cream, you can just order it up on your phone.

But eating more could just be a side effect of spending more. Apple's new mobile payment platform that allows customers to make purchases with the tap of their iPhone, known as Apple Pay, allows customers to spend much more easily. Instead of being used for a simple pizza joint, the platform is taking the phenomenon across industries. As HuffPost's Ben Walsh pointed out, the ease of the platform encourages what researchers call "decoupling," that is spending without thinking, which can't be good for our health or bank accounts.

But McDevitt said there’s another way that ordering on-screen, specifically with a smartphone or tablet, can be detrimental. Unlike desktops, smartphones and tablets offer limited space and may contribute to a customer being less thorough about exploring the menu, especially when it's through a restaurant’s own app. The room that is available can instead be used by the restaurant to push deals that feature less-healthy food upon the customer. 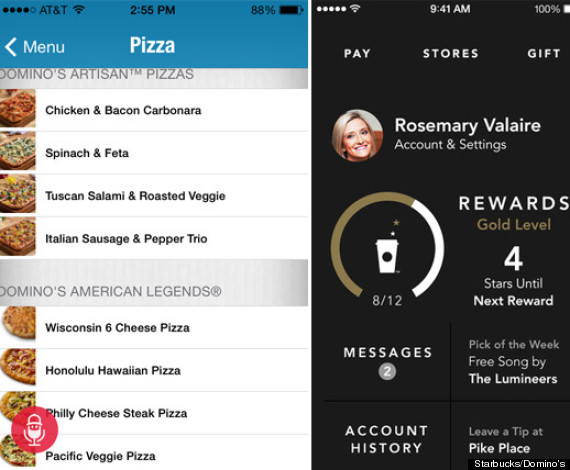 Domino's (left) and Starbucks (right) mobile ordering apps shown side by side.

The Domino's mobile app, for example, offers a plain "Build your own pizza" option, before offering more exotic and expensive options like "Artisan," "American Legend" and "Feast" pizzas.

“I can see a place like Domino’s pinging you with what they think you should order,” McDevitt said. “It’s clearly in their interest to get you to order more stuff so they’re going to be focused on getting you the less healthy choices.”