This week saw the meeting of two of the most opposing voices on television: Fox News' Bill O'Reilly and "The Daily Show"'s Jon Stewart. Unfortunately, the debate was over something of a non-issue (Rap artist Common visiting the White House for a poetry reading) but it was a tense discussion nonetheless.

But let's get down to brass tacks: who really won the debate? If you wander over to Bill O'Reilly's website and click on the poll results for the debate, you might be surprised at what you see. According to O'Reilly's own visitors, Stewart crushed him with a whopping 79% of the vote.

And Aside from declaring O'Reilly's nemesis the winner, there' s something else surprising about this map. Let's see... Yep, every state is red. Shouldn't the number next to Stewart's name be 100%? Or does O'Reilly just need a new graphic to accurately display landslides? Either way, FAIL. We can't wait for their next debate. 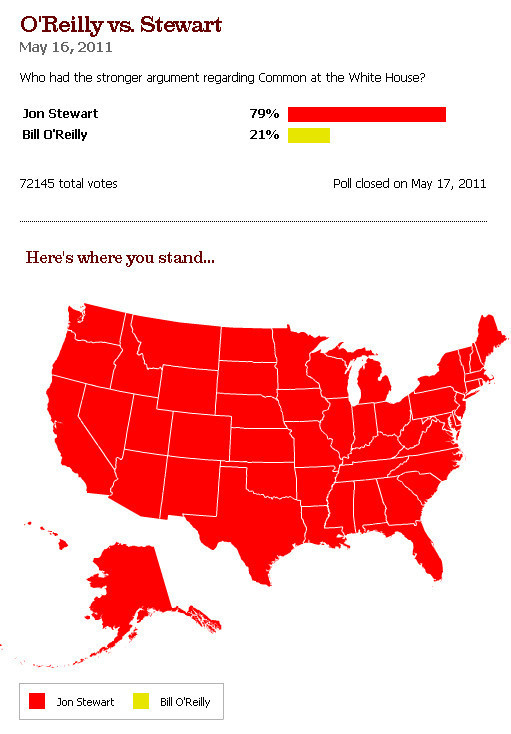