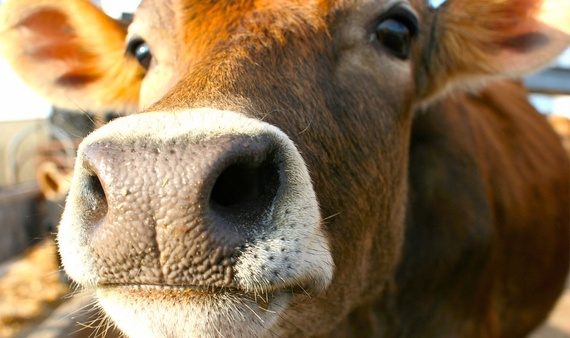 As a DIVA, once I learned where the milk is sourced from at my local Starbucks and Peet's Coffee, I decided to search for a new coffee joint that serves organic milk in their lattes. Diva, or not, you too deserve safe milk in your delicious, overpriced coffee drink! These coffee giants both purchase milk from large, industrialized farms who feed their cows a diet comprised of genetically modified corn, soy, alfalfa and cotton seed.

Plus, a high dose of antibiotics. Non-organic livestock production is responsible for 80% of all antibiotic use in the world, and the dairy industry in particular, uses the strongest and most dangerous forms. As an example, a super potent antibiotic drug used by commercial dairy farmers called Ceftiofur creates resistant bacteria after only one dose.

Scott Blankenship, founder and CEO of www.amplifydpledges.com, a social activism startup based in Berkeley, California, is concerned about the health risks. "Most people are aware that the overuse of antibiotics can create super bacteria no longer resistant to the antibiotics we've come to rely on to save our lives," says Blakenship. "But what's truly frightening and alarming are the numerous and recent scientific studies telling us that this is no longer an apocalyptic theory but rather something happening now, and it's killing people at an increasing rate all over the world."

Blankenship's latest advocacy platform is inviting coffee lovers to take a stand by asking Starbucks and Peet's Coffee to make the switch to organic-only milk in a unique, easy and powerful way; through the use of consumer pledges. It can be win-win for everyone (consumer and corporation) if the company makes the switch. "At the end of the day, corporations respond to their financial bottom line," says Blankenship. "Through consumer pledges, we have the ability to positively incentivize corporations to change by increasing that bottom line if they change their behavior, without any risk or effort by the consumer."

1. You select the dollar amount you want to pledge.

2. Your credit card information is securely saved for later.
(Your pledge amount will never be charged unless the campaign is won.)

4.If (and only if) the campaign is won by March 31, 2015, and Starbucks or Peet's decides to offer organic milk in their stores, Amplifyd Pledges will charge your card for the amount you pledged. They'll then send you a gift card with the pledge amount they just charged, minus their transaction fee, which you can use with the company that made the switch.

Just what is considered "organic" milk? According to the US Department of Agriculture, organic dairy cows must graze in pastures for at least four months per year, their feed for the rest of the year must not have been grown from genetically modified (GMOs) seeds or been treated with pesticides or synthetic fertilizers, and the cows must not be treated with hormones or antibiotics. 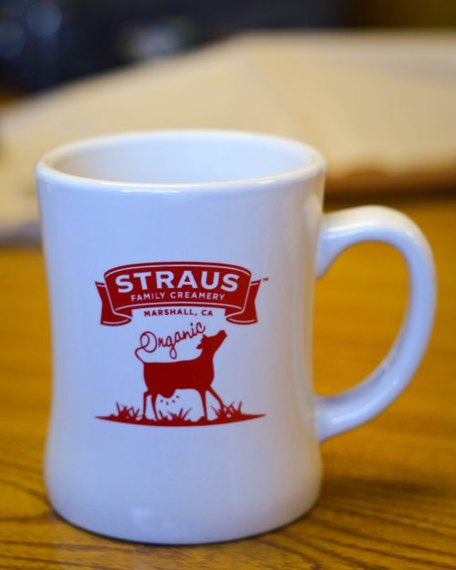 Why organic?
Nutrition:
Studies show that organic food has less cancer causing pesticide residue than conventionally grown crops and more macro- and micro-nutrients. A 2003 University of Washington study found that children fed mostly organic produce and juice had only one-sixth of the level of organophosphate pesticide byproducts in their urine compared to children who ate conventionally grown foods.

In 2010 the President's Cancer Panel examined the impact of environmental factors and the use of synthetic chemicals on cancer risks before reporting its findings. Written in collaboration with the National Institutes of Health and the National Cancer Institute, the report recommends that American consumers eat food grown without pesticides and synthetic fertilizers.

And, can we stop thinking about me, me, me? (Unless you are a diva.) And think about the farm workers?

Climate Change:
After conducting research trials on organic agriculture for nearly three decades on its 333 acres, the Rodale Institute's records show that organic systems' soils, when intensively managed with compost and cover crops, can store more than 2,000 pounds of carbon per acre per year. If all the world's 3.5 billion tillable acres were converted to these biological farming methods, we could reduce global CO 2 emissions by 40 percent.

Feeding the World:
Globally scientists are finding that regenerative organic farming holds the only sustainable solution to ﬁght world hunger. A recent report to the United Nations drafted by more than 400 cross-disciplinary researchers and development workers drew the conclusion that organic, regenerative agriculture utilizing available and affordable techniques-- such as cover cropping, crop rotation and composting--would serve the people of the developing world far better than imported chemical fertilizer and other outside purchased inputs. 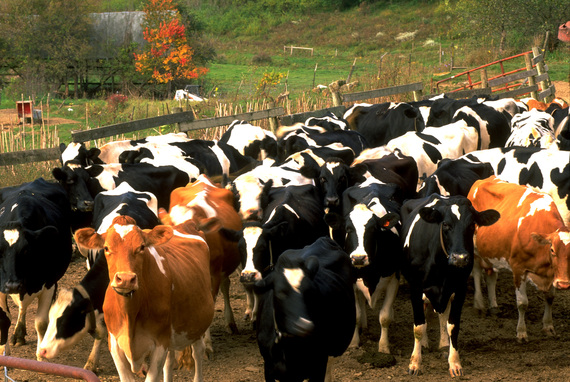 Today, I want you to stop thinking that organic food is just for the elite! When you look at its full value, organic food is still a bargain. "The cost of non-organic food doesn't include the loss of topsoil or crop-disaster relief, health concerns, climate change or dead zones in the Chesapeake Bay and Gulf of Mexico," says the Rodale Institute's Tim LaSalle. "If you factor in all that, conventional chemically grown food is actually much more expensive than organically produced food."

Blankenship believes the switch to organic milk would reverberate across the industry."Starbucks and Peet's Coffee are such large milk buyers that a switch to organic milk would have a big impact on this critical health problem," says Blankenship. "This would be a huge win for consumers and would be a step forward in safe guarding the effectiveness of the antibiotics used to save human lives."

To pledge and to watch the latest video from www.amplifydpledges.com on the organic milk campaign, go here: