Strawberries, in one form or another, get chopped into salads, splashed into cocktails and smeared across toast even though they're grown with more pesticides than most other crops.

It's currently peak strawberry season in California, where 88 percent of U.S. strawberries are grown, but this animated video from the Center for Investigative Reporting (CIR) will make you think twice before choosing cheaper, conventionally grown ones.

Farmers, the video from November explains, produce strawberries with a heaping dose of pesticides ever since the U.S. realized its surplus of teargas from World War I was also a great fumigant for such pest-plagued crops. While the chemicals don't end up on the fruit, they contaminate the air from spraying and can have devastating health effects, including cancer and birth defects, on farmworkers and nearby residents.

After discovering that hundreds of Californians have suffered "respiratory ailments, skin irritation and headaches" from breathing in the common strawberry pesticide chloropicrin, the Los Angeles Times reported, the state's Department of Pesticide Regulation (DPR) announced in January stricter limits using the fumigant.

Amid criticisms that the limits did not do enough to protect school children, DPR director Brian Leahy wrote in an editorial for The Californian on Monday that his department is currently creating new statewide regulations to address children's health.

"[The new rules] will clearly define the responsibilities of the farmers as agricultural pesticides are applied adjacent to schools," Leahy writes in his editorial. "It will include the information that must be given to schools, and it will contain added restrictions on pesticides used when school children are present."

It's important to note that organic strawberries are also grown with some pesticides, CIR later wrote, but they are grown with far fewer chemicals and are usually planted farther away from high-density areas, so organic consumers are still supporting a safer industry. 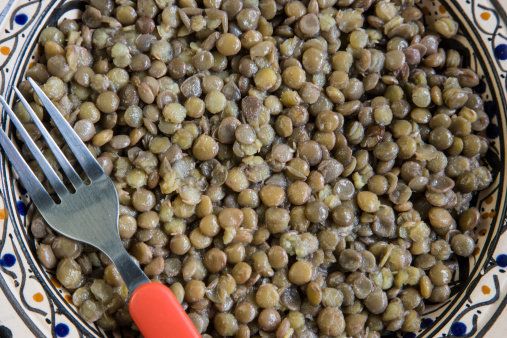 1 / 10
Lentils
Lentils, which the group predicts will appear in everything from pasta to waffles “...as the quest for new plant-based protein sources continues to rise.”