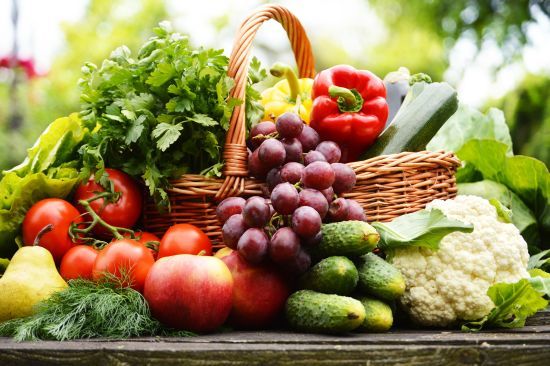 It's "Organic Week" again in Washington, D.C., and attendees of the "signature policymaking event" for the Organic Trade Association (OTA) have much to celebrate. Last week, the OTA, the leading voice for the organic industry, announced that the sector posted its largest-ever annual dollar gain in 2015, with total organic retail sales growing by $4.2 billion, or 11 percent, to a record of $43.3 billion.

"Fueled by consumer choice, organic is the future of farming," the OTA said in a statement touting the conference, which runs May 23-May 27.

Still, the industry acknowledges that future is clouded by persistent supply shortages in the face of what OTA calls the "seemingly unquenchable consumer demand for organic."

Agriculture Secretary Tom Vilsack is slated to address the OTA Wednesday, to tell organic leaders that the U.S. Department of Agriculture wants to make it easier for new farmers to become certified organic and to help the organic sector with its demand problem.

But across the country, in a federal courtroom in California, a group of consumer and environmental lawyers and nonprofit groups are raising a red flag in the face of the USDA push to grow the organic sector. Corners are being cut, they allege. Standards are being shirked, and consumers are being short-changed by USDA National Organic Program standard changes.

A hearing is scheduled Thursday in one key case involving synthetic chemicals in compost in organic production. The Center for Environmental Health, the Center for Food Safety and Beyond Pesticides sued Vilsack and other USDA officials last year for issuing a guidance document in 2010 that "radically changed organic requirements." Under the new provision, organic producers can use compost materials that have been treated with synthetic pesticides that otherwise are banned from organic use.

Under the changes introduced by USDA, organic producers can use materials such as lawn trimmings that have been contaminated with synthetic pesticides as compost feedstocks for their crops. Compost contaminated with an insecticide known as bifenthrin and other pesticides are now allowed, the lawsuit alleges.

This flouts a key appeal of organics - the idea that synthetic pesticides have little to no place in production, the groups argue. And the agency violated the law by failing to give public notice or allow for public comment as they created this "loophole," the groups allege.

"Organic consumers are being misled, and can no longer rely on the organic label to ensure the food they purchase is produced without synthetic pesticides in agricultural inputs," the lawsuit states.

The Center for Food Safety and other plaintiffs describe themselves in court pleadings as working to protect the environment and public health and to act as a watchdog on the integrity of organic production. They expected the OTA to back up their bid for organic integrity, or at least not to try to get in their way. But on May 2, OTA asked to participate in the case not on the side of the consumer advocates but against them.

In its filing, OTA, along with California Certified Organic Farmers (CCOF) have joined with Western Growers Association (WG), which represents farmers responsible for roughly a third of fresh U.S. organic produce, to oppose the consumer protection groups over the compost issue. The OTA and other industry groups are arguing that if the USDA provision allowing for synthetic pesticides in compost is thrown out by the court, organic practices would be "severely unsettled."

The groups say in court filings that it would be analytically and economically impossible to demonstrate all compost is free of each synthetic chemical substance prohibited in organic crop production. They say a sudden elimination of the compost provision could lead to costly civil litigation and many growers' organic certifications would be directly at risk. Unwinding the USDA's "professional and responsible approach to a complex subject" would be "extremely disruptive," the organic groups say.

The plaintiffs counter that such claims of disruptive consequences are a "red herring." An erosion of organic standards may help expand production and meet consumer demands, but such a path could make for a slippery slope and an ultimate demise of the draw organics hold. "These environmental values, and specifically not supporting pesticide-dependent agriculture, are a major driver to why consumers pay the premium to buy organic foods," their filing states.

Thursday's hearing in San Francisco will take up pending cross motions for summary judgment in the case. Meanwhile back in Washington, the OTA will be marking "advocacy day," fanning out through Capitol Hill to meet with lawmakers and push for policies that support continued organic industry growth.

Consumers would do well to keep an eye on both.