It's being called the greatest absence of evolution ever reported: sulfur-eating bacteria that live deep in the sea haven't changed at all in 2.3 billion years, according to a new study.

“It seems astounding that life has not evolved for more than 2 billion years — nearly half the history of the Earth,” Dr. J. William Schopf, a professor of earth, planetary and space sciences at UCLA and the leader of the international team of scientists who conducted the study, said in a written statement. “Given that evolution is a fact, this lack of evolution needs to be explained.” 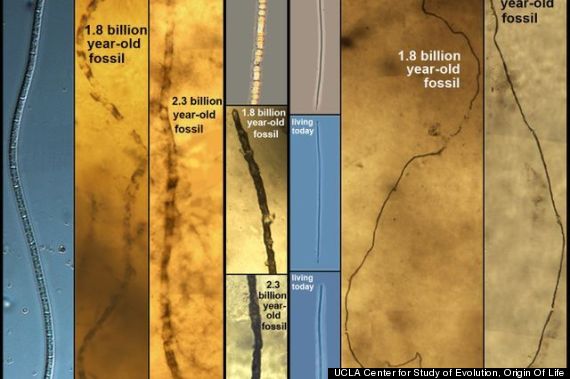 Comparisons of bacteria from three time periods show that the deep-sea microorganisms have remained unchanged for more than 2 billion years.

What did the comparison show? The three samples were "essentially identical" to one another, the researchers wrote in a paper describing their findings, which was published online Feb. 2 in the journal PNAS.

So what is the explanation? According to the researchers, the deep-sea bacteria didn't evolve because they didn't have to--that is, because their environment didn't change.

“These microorganisms are well-adapted to their simple, very stable physical and biological environment,” Schopf said in the statement. “If they were in an environment that did not change but they nevertheless evolved, that would have shown that our understanding of Darwinian evolution was seriously flawed.”

Score one for Darwin!