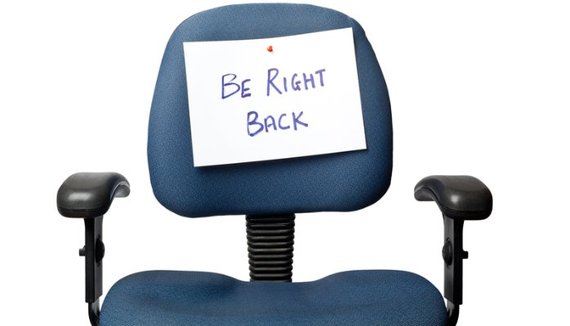 What is your organization's stand on boomerang employees; i.e. those who voluntarily left your employ, but subsequently ask to return? According to recent research we conducted with WorkplaceTrends.com, data shows a changing mindset about hiring boomerang employees. Where employers historically may have been more likely to write off former employees, they are increasingly considering them as viable candidates for new openings.

One reason could be because of the increased competition organizations face to attract and retain talent. The latest Bureau of Labor Statistics data on turnover indicates that the average tenure at one company for a U.S. worker is about 4 and-a-half years. The numbers are worse for younger workers, where the average worker aged 25-34 has been at their company for just 3 years.

In the national survey of more than 1,800 human resources (HR) professionals, people managers and employees, responses indicate employee engagement should not end once the working relationship is over -- especially between high-performing alumni and organizations with a strong corporate culture. However, this era of the boomerang employee creates a unique type of competition for job seekers and new challenges for organizations to maintain relationships with former high-performers.

Based on the survey data, nearly half of HR professionals claim their organization previously had a policy against rehiring former employees -- even if the employee left in good standing -- yet 76 percent say they are more accepting of hiring boomerang employees today than in the past. Managers agree, as nearly two-thirds say they are now more accepting of boomerangs.

While only 15 percent of employees said they had boomeranged back to a former employer, nearly 40 percent say they would consider going back to a company where they once worked. This result varies among generations, with 46 percent of Millennials saying they'd consider returning to a former employer, compared to 33 percent of Gen Xers and 29 percent of Baby Boomers. In an era where job-hopping amongst young professionals has become the norm, this could suggest that Millennial employees might be leaving organizations too quickly, without fully evaluating the greener pastures they're seeking.

Boomerangs are creating increased -- and unexpected -- competition for job seekers as the hiring market continues to improve. In the past five years, 85 percent of HR professionals say they have received job applications from former employees, and 40 percent say their organization hired about half of those former employees who applied. This high hiring rate is not surprising, since HR professionals (56 percent) and managers (51 percent) say they give very high or high priority to job applicants who were former employees that left in good standing. Conversely, only six and nine percent, respectively, say they give zero priority to former colleagues.

Boomerangs are not the only type of job seeker adding increased competition, as 75 percent of HR professionals say that customers have also applied for positions at their organization, with 60 percent saying they have hired at least one former customer. Familiarity, easier training, and knowledge of employer are benefits for boomerangs and organizations -- yet some concerns linger. HR professionals (33 percent) and managers (38 percent) agree that familiarity with the organization's culture is the biggest benefit to hiring back former employees, while nearly one- third appreciate that boomerangs do not require as much training as a brand new employee. When employees were asked for the top reason they would go back to work for a former employer if pay was comparable, employee benefits and better career path tied for the number one response (20 percent each).

HR says they have a strategy for maintaining relationships with former employees, but workers and managers disagree. While organizations appear increasingly more accepting of boomerang applicants, 80 percent of employees say former employers do not have a strategy in place to encourage them to return, with 64 percent saying there appears to be no strategy for maintaining a relationship. Nearly half of managers say their organization has no alumni communications strategy.

HR practitioners, on the other hand, say they use several strategies for keeping in touch with former high-performing employees, including email newsletters (45 percent), recruiters (30 percent), and alumni groups (27 percent). Facebook is the platform of choice for alumni groups according to HR professionals (42 percent), with email (39 percent) and LinkedIn (33 percent) close behind.

My employer, Kronos, currently has more than 180 active boomerang employees who have returned to work at the organization, including nearly 120 who have been re-hired since 2010. Many of them cite the Kronos corporate culture as a primary reason for returning to the organization, which is reaffirmed by recent employee engagement scores that far surpass industry benchmarks for global IT organizations.

Peter Drucker famously said that "culture eats strategy for breakfast". He wasn't saying that strategy wasn't important, but rather that execution of any strategy is going to be more successful when the people in the organization are on board with the mission and engaged with the organization. These survey results underscore the magnetic attraction that a strong culture provides, both to keep your talent and to draw people back to you after they leave.