It's like the tale of a superhero: By day, Gonzalo García Calvo is a musician in Madrid, but by night, he's an amateur origami artisan.

You might be familiar with the art of origami from reading Sadako and the Thousand Paper Cranes in elementary school, or from folding our own clumsy frogs and cranes and flowers as kids. But the vast array of objects and creatures that can be summoned from one piece of origami paper is truly unfathomable to the non-expert.

There's no design too complicated and out-there for Calvo to attempt; he says it takes around "three hours for a complex model, and maybe more for the most detailed ones." At this point, he's been practicing his folds for four years.

Calvo told The Huffington Post via email, "I find it fascinating that by changing the steps in the folding process you end up with a totally different model, so in essence, a square of paper has inside of it all the possibilities to be anything you can imagine."

As demanded by the rules of the art form, only folding of the paper is allowed to achieve the stunning transformations, making the results all the more remarkable. "You can fold almost anything with a single square of paper without gluing or cutting it," he said.

While Calvo conjures tiny violins, flowers and skulls from paper squares, the vast majority of his pieces are animals. "I love animals, and sometimes I see how they act or move, and then I feel the need to represent that in some way," he explained. "I want to capture a feeling."

Check out more of his folded creations below, and on his Flickr.

HT This Is Colossal 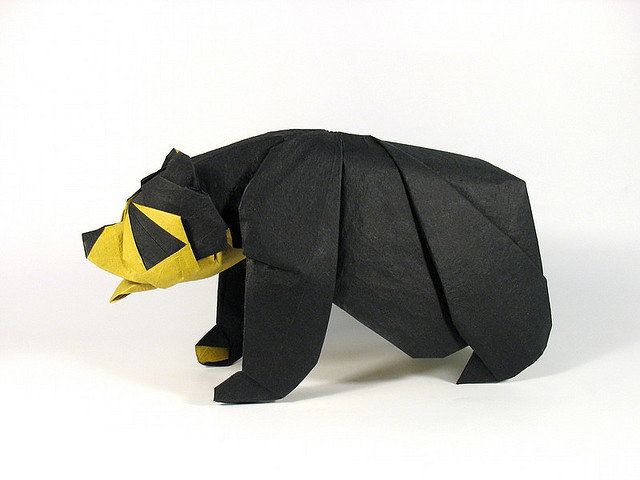