Let's face it, for many people the classic latex condom is an unsensational product at best. And for nearly a century, no one really bothered to make that basic design any better.

But now a small business called Origami Condoms says it is ready to reinvent the condom and make it more appealing to use by taking a design tip from the Japanese art of paper folding. The secret? An accordion-like design.

"The latex condom was strictly protection. No one liked using it," Origami Condoms' creator and company founder, Danny Resnic, told The Huffington Post. "We are trying to create a condom that feels great and is much closer to the real deal to encourage people to use them."

Traditional condom makers have long been trying to make the existing condom design more appealing with textures and even flavors. But Origami Condoms' breakthrough style -- which has condoms folded up rather than rolled up like its predecessors -- acts as a loose-fitting sheath when it's in use and moves with the natural movement of the body. That means both participants will experience a lot more sensation during sex, Resnic said.

The company, which is based in Marina del Rey, Calif., has already snagged the attention of sexual health proponents as well as other major latex condom manufacturers who are interested in licensing the design, according to Resnic.

Last month the Bill and Melinda Gates Foundation called out the new condom company as a leading innovator for sexual health on its blog. "Origami Condoms provides an excellent example of a private enterprise focused on new condom design to promote consistent use by emphasizing the sexual experience," the blog post reads.

The foundation is also offering $100,000 to innovators to redesign the condom as part of a campaign for global health initiatives.

But interested parties may still have to wait awhile to get their hands on these innovative rubbers. Origami's condoms are still in clinical testing and will not be available for purchase until early 2015 at the soonest, Resnic said. The condom designs must first go through rigorous multi-phase testing before the company can apply for approval from the Food and Drug Administration.

Part of what makes the new design possible is its departure from latex, which is prone to breaking. Instead, Origami's condoms are made from super-supple silicone, which allows the condom to be folded rather than rolled and to withstand more vigorous movement without tearing. (Check out the company's video for a demonstration of how they work.)

The danger of a torn condoms is something Resnic knows about only too well. In 1993 he was infected with HIV after a condom broke, he said. That event led Resnic, who has a professional background in design, to look at all the ways the traditional condom could be improved.

The company has already received more than $3 million in funding for research and development, according to Resnic, and starting later this month, it will launch a fundraiser for an advertising campaign.

Even if these newfangled condoms do find their way to market, they won't be cheap or subtle. Unlike today's condoms, which can be squeezed into a wallet, these will be packaged in golf-ball-sized pods.

The company has not yet set a price point, but the condoms are likely to cost more than today's goods. In one study conducted by Origami, participants said they would pay more than $7 per condom. Resnic is convinced that people will be willing to pay for the experience of using one.

"It’s a shift from protection to pleasure. Our focus is on making condom experience more pleasurable than anyone imagined possible," he said. "We almost didn’t want to call it a condom." 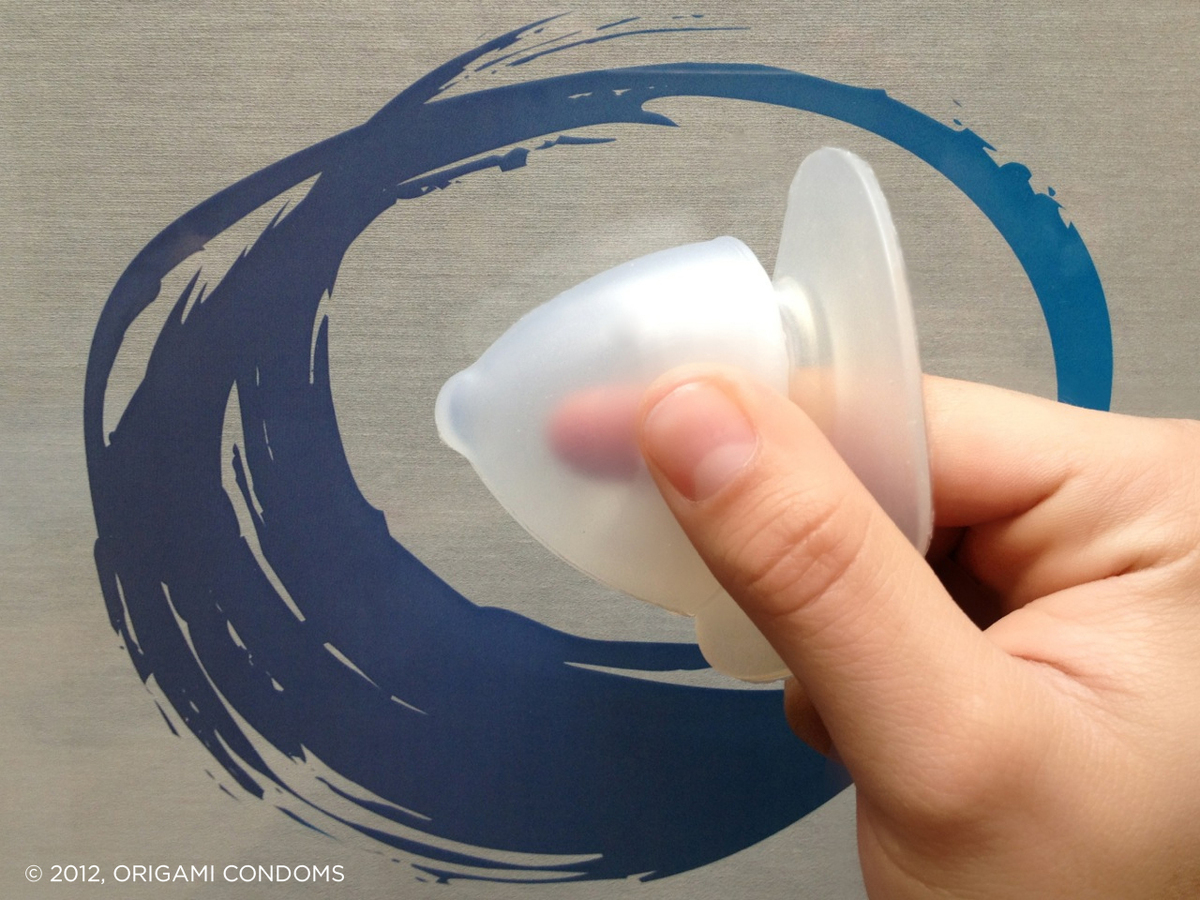