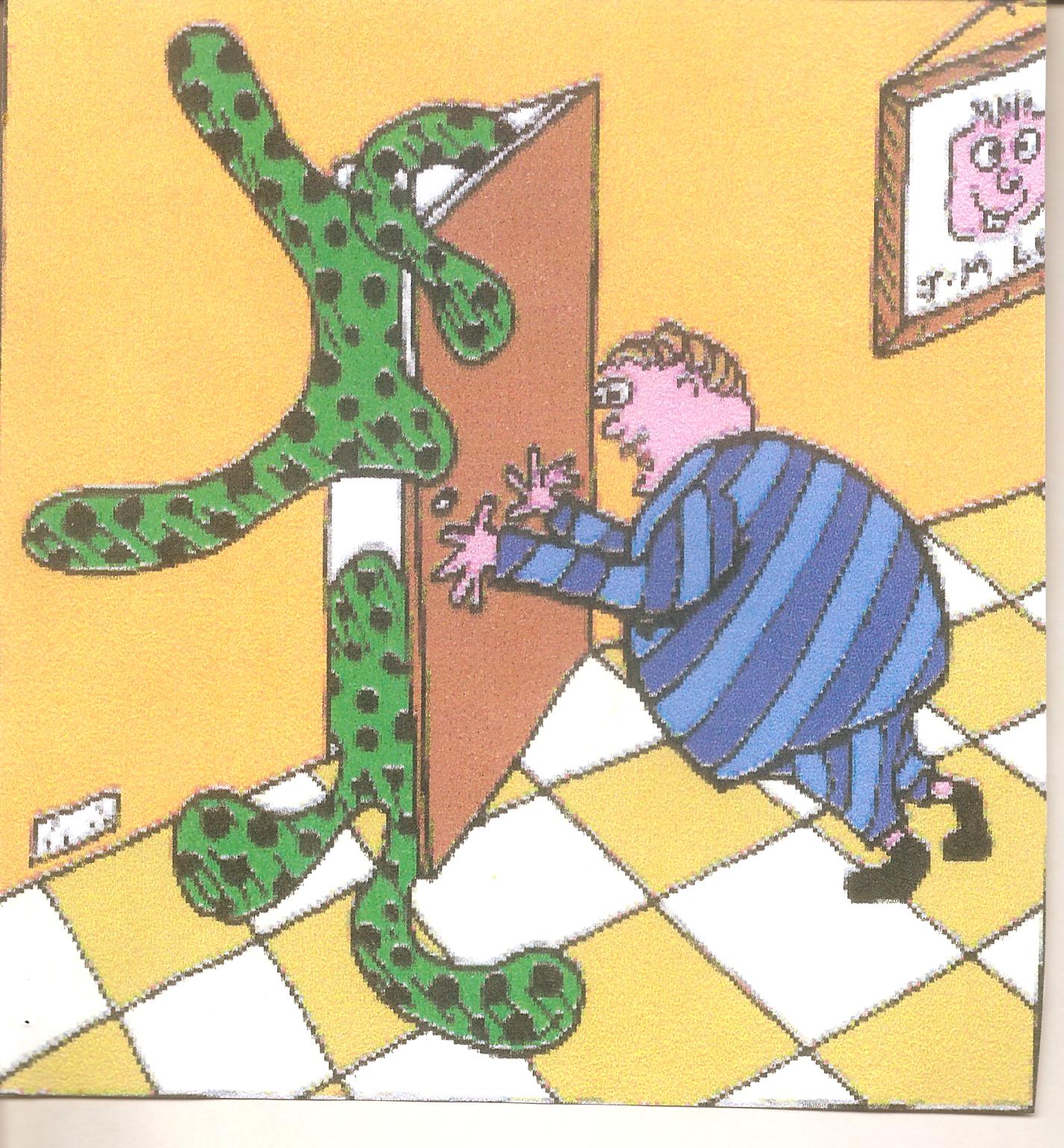 With the Large Hadron Collider safety issue now settled in the German court, the way is clear for a strategic meeting in February on Origin of Life at CERN. Some of the biggest names in science will be participating -- for starters, Complexity pioneer Stuart Kauffman; Gunter von Kiedrowski, the father of Systems Chemistry; Eors Szathmary, an expert on major transitions in evolution and one of the famed "Altenberg 16."

Markus Nordberg of CERN-Atlas is hosting the Geneva talks and John Templeton Foundation, represented by Mary Anne Meyers, is sponsoring the gathering. Templeton supported the historic Vatican conference on evolution in 2009, and year after year helps underwrite the World Science Festival.

Stu Kauffman terms the event "radical science," aimed at finding an answer to the big question that interests every one of us -- who we are and where we came from.

But will the Origin of Life soufflé about to be baked in Geneva rise or fall?

Markus Nordberg, perhaps to avoid overexposure of the upcoming summit, has described CERN's role as simply one of helping to manage a "large multinational collaboration with a different kind of science."

But here's what some of the participants are saying about the meeting three months from now.

While there's a growing consensus among scientists that lipid-like entities may have been central to first life, Gunter von Kiedrowski, a co-organizer of the event, told me, "we'll never know the historical course [of the origin of life]" because "we can't travel back in time."

Realization of that hard cold fact has led to a stepped-up interest in the protocell ("a physical-chemical implementation of the simplest life form that either we can make or that can emerge spontaneously" -- S. Rasmussen). So creating a protocell will be central to the Geneva talks, says von Kiedrowski.

Stu Kauffman, who invented autocatalytic sets ("CAS") (the preliminary meeting at CERN about Origin of Life in 2011 was his brainchild, too), said that if all goes well the group would like to tap CERN's phenomenal computer power to create chemically real reproducing and co-evolving protocells, as well as apply some of CERN's organizational models to engineer an Origin of Life scholar grid-linking researchers, experiments and funding sources.

Many approaches to building a protocell are currently being explored. Roughly 10 to 100 or more labs, depending on who you talk to, are either mainly focused on protocell development or on certain aspects of it. The approaches include not only the RNA (ribonucleic acid) world, PNA (peptide nucleic acid) world and autocatalytic sets, but cooperative feedback and computational protocells.

Some scientists, Danish physicist Steen Rasmussen among them, who Stu Kauffman has told me he'd like to see at the February meeting in Geneva, thinks researchers are now very close to having what is needed to make a protocell. Rasmussen says this will "provide a brick in the ancient puzzle" of Origin of Life.

Rasmussen also says it is his deep fascination and awe for life that drives his research on the protocell, as well as systems beyond. He asks: "How can we use the properties of living processes for the good of mankind, make technology that has some of these wonderful properties that living systems have?"

While Rasmussen, considered by many to be the flag bearer of Artificial Life, actually finds the idea of machines that can copy themselves and ultimately evolve a bit scary, he also says humans may be naive to think that we are the end of evolution. But he doesn't think it has to be as frightening as Hollywood films project. Rasmussen envisions that we may "create things that can make more beautiful poetry, that can love more than we can."

Lab on a chip microfluidics is now unfolding, for example, which will enable at-home medical readings like cholesterol and PSA by simply plugging the test the chip has done into a computer port.

Rasmussen is also keen on John von Neumann's Universal Constructor, a mathematical machine that already exists, although it has not yet been implemented. "Our technological vision," he told me, "is that once we get to the point where we can combine the essence of biological systems as we develop with protocells bottom up at the microscale with what we do in factories, with what 3D printers do, that is top down design, then we'll be able to have our own production facilities at home to print medicine, clothes, electronics."

But will the development of a protocell, take another decade, as many scientists predict?

"When I look back at what I said 10 years ago," Rasmussen says, "I did think we'd be able to do it in ten years. We're not there quite yet. ... We've put together an information controlled metabolic production of the protocell components. We still haven't got evolution going yet."

Perhaps in jest, Freeman Dyson said to give it another hundred years.

But why are the Origin of Life strategic talks taking place in Europe and not the U.S.?

Rasmussen spent 20 years in the U.S. at Los Alamos and Santa Fe Institute, returning to Denmark five years ago to continue his reasearch. He emailed me stating:

It was the shift in the availability of basic research funding that made me return to Europe. ... Curiosity-driven research, also called basic research, has recently grown in Europe and is more an integral part of the scientific culture there than in the US."

Kauffman would also like to see Gonen Ashkenasy at the Geneva talks. He says Ashkenasy, at Ben Gurion University in Israel, formerly at Scripps Research Institute working with Reza Ghadiri, has a nine-peptide collectively atuocatalytic set. Kauffman says it's the most complicated collectively autocatalytic set he knows of.

Meanwhile, Wim Hordijk and Mike Steel are expected to participate in the February discussions as well. Hordijk, a computer scientist now at the University of Lausanne, emailed saying he and his colleague Mike Steel, a mathematician at New Zealand's University of Canterbury, have taken Kauffman's original idea of autocatalytic sets "much further."

Hordijk and Steel call their model self-sustaining autocatalytic sets ("RAFs"). Hordijk says, "We are now even starting to think of it as a general model of functional organization and emergence in living systems, perhaps even in social systems and the economy."

Kauffman did actually articulate some of these themes in his last book, Reinventing the Sacred, and has more recently described the economy as an "evolving autocatalytic set" in his paper "Evolution Beyond Newton, Darwin, and Entailing Law: The Origin of Complexity in the Evolving Biosphere."

Kauffman says February's Origin of Life meeting will also identify other avenues as to how molecular reproduction started. He expressed interest in Gunter Wachtershauser's ideas about temperature and energy and Cairns-Smith's regarding clays. Said Kauffman:

"Maybe it's that lipids and liposomes orient molecules on their surfaces and the search problem for the molecules now is two-dimensional not three-dimensional. This changes the thermodynamics -- two molecules finding one another in 3D is much harder than in 2D, so you increase the rate of synthesis because things are confined to two dimensions."

Rasmussen describes the "wonderful and terrible" green fingers of chemists in relation to the Origin of Life, where one chemist synthesizes molecules without any problem and another using the exact same recipe "makes the souffle' fall flat."

Gunter von Kiedrowski cautions that it's all "POP (persistence of possibles)" until all of a sudden and out of the blue it becomes real.

Kauffman concurs, saying we just can't predict the future, and that: "Not only do we not know what will happen, we don't even know what can happen."

In other words, the proof in Geneva will be in the pouf.