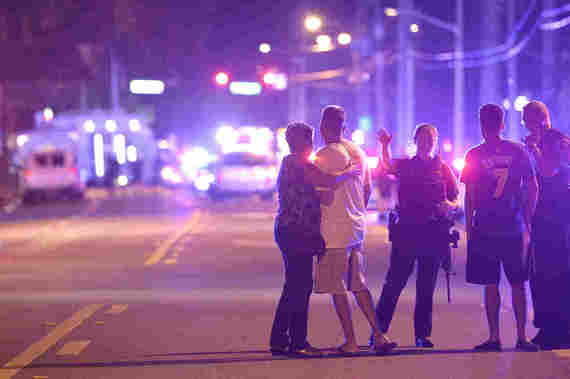 A depraved attack--aptly described as the United States' worst mass-shooting incident--befell the Pulse gay nightclub in Orlando recently, leaving 49 dead, 53 injured, and a million others truly heartbroken. Hours of scrutiny, inspection, and analyses later, the FBI recently came to the glaring conclusion that this incident furthers the list of recently executed "home-grown" attacks of terrorism, pointing duly to its similarity to the San Bernardino incident.

Firstly, I feel extremely sorry and heartbroken in the aftermath of such a brutal, debauched attack that can never, ever be justified, regardless of whatever reasons the attacker may have advocated. My heart goes out to all of the victims and equally so, to their loved ones and family. The attack was not only a mere shooting incident, however; it was a reminder of the improvements that must be made in terms of gun laws, organization and the management of mentally-afflicted people. As a nation that always stands for personal choices, liberty, and freedom to volition within the confines of law, the U.S. has always espoused the need for individualistic decision-making. Given this, it is not odd or even minutely surprising that sexuality and gender too, like other facets of a human, are subjective topics that everyone can have different opinions on. But who was Omar Mateen, the Orlando shooter, to judge people at the club for being gay?

The answer is simple: he was no one other than a bigoted, seemingly psychotic, and perhaps a severely mentally disturbed person who, when he discovered no other outlet, channeled his internal frustrations through the means of violence.

However, Mateen's extremely egregious actions and thought processes in view, we need to work towards fomenting significant reforms. And to note one thing, as a friend of mine recently stated, blaming Islam for these attacks, or pointing fingers at the much-venerated president Obama for not using the word "radical Islamism" will not be, by any means, a stepping stone for such a reform. I do agree that Mateen was a Muslim whose morals and ethical standards were extremely skewed. But can we attribute his personal problems to how Islam is, as a whole? Certainly not. 1.6 billion muslims are not all a part of a huge Facebook group chat where every person informs the others about his/her spurious plans. Instead, these 1.6 billion Muslims also stand in unwavering solidarity with the Orlando victims.

Recently, a group of Muslims gathered in Orlando, in a huge congregation, to offer a truly heartfelt prayer for the Orlando victims and their families. In other Muslim communities I have the privilege of being a part, Muslims are making amends by reinforcing the original teachings of Islam, which are all centered on peace and tolerance. Islam does not teach a follower to hurt others based on their gender, race, ethnicity or sexuality. In this context, it is not surprising that increasing the already high level of surveillance on Muslims will not be the key to a reform. Instead, a standardized process of a much tighter gun control, a ban on machine guns (both Orlando and Sandy Hook were carried out with AR-15 assault rifles), and a better professional system of identifying and dealing with mental health issues--a topic that is often deemed too trivial in many countries still--will be of immense utility. Furthermore, educating individuals regarding oppressing homophobia in both Muslim and non-Muslim communities will also be a potentially helpful step.

Therefore, as a nation, we need to reflect on how allowing easy access to deadly weapons such as guns is sowing seeds for more home-grown acts of terrorism. Granted that dissidents might argue that guns are needed as a means of personal protection, but that is truly analogous to fighting fire with fire. Why should not we, in the first place, aim to take the fire down? It is starkly obvious that we cannot immediately deal with each and every psychotic and mentally ill person in the U.S. Does this mean we should still allow these people to have access to deadly firearms too? Or should we make access to guns very restricted, and instead vie to fight violence, amongst other things, with a better process of dealing with parochial and intolerant societies that advocate concepts like homophobia?

The latter truly does stand out as the better answer to me.