On March 22, Christina Baker Kline will emcee the Poets & Writers' annual gala in New York. Kline is the author of five books, including Orphan Train, a New York Times bestseller, which sold more than 2.5 million copies in 38 countries. Kline tells the story of Molly, a 17-year-old who is aging out of foster care, and the unlikely friendship she strikes up with a 91-year-old named Vivian.

While Molly is helping Vivian clean out her attic -- a community service project to avoid a stint in juvenile detention -- Molly discovers that Vivian is an Irish immigrant who, as a child, rode an "orphan train" from New York to Minnesota.

The historic orphan train movement was started by social reformer Charles Loring Brace in 1854. Over a 75-year period, 250,000 children were shipped west, traveling from stop to stop until they were chosen by random strangers. Many ended up as farm laborers, separated from siblings, enduring hardship and abuse.

I spoke with Kline recently about her obsession with trauma, the power of resilience, and the article of clothing she stopped wearing after turning 50. Here are the highlights from our edited interview.

Vivian bounces through several families in the novel and some are quite abusive. Talk about how you wove the history into the novel.

I went to four train rider reunions. I went to Ireland; I did research at the Library of Congress; Ellis Island; the New York Tenement Museum; New York Historical Society and the National Orphan Train Complex in Concordia, Kansas. I met 11 train riders and interviewed seven. In the absence of welfare and foster care and programs to protect the poor, people were absolutely desperate and felt they had no alternative than to give up their children.

How did orphan trains fit into the history of settling the American West?

The train companies subsidized the travel of these children in order to populate the Midwest. They banked on the idea that children would not return to the East Coast. And they could not have been more accurate. The vast majority of children stayed put. 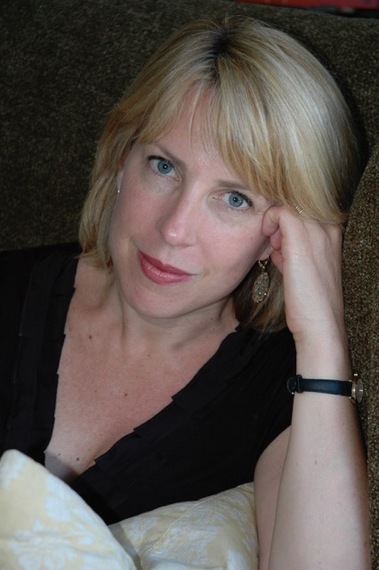 In one interview you said that you are "interested in the pervasive and insidious legacy of trauma -- the way events beyond our control can shape and define our lives." Why?

I always have been. I have three sisters, and two of them have had traumatic experiences... They were both assaulted, 15 years apart. They were both a big deal, and one was a very, very big deal, where [my sister] testified at the trial of this serial guy and he got put away for 75 years. It was horrifying, and it was a profound thing in our family. She's very good today. But it changes the way you see the world. And that was one of the things I wanted to show with the train riders. I was very interested in how trauma unfolds over time and across generations.

In 2012, as you were editing the book, you were diagnosed with breast cancer and lost your mother, a former Maine state legislator with whom you co-wrote a book about feminism. How did the work you were doing about the riders affect the way you navigated that difficult period, if at all?

It's a kind of chicken and egg question because I'm the oldest of four and I think I'm fairly resilient. My mother went back to work when I was 10 or 11 and I really did kind of mother my younger sisters. I starting cooking for the family at age 12, and was sort of a mini adult. And while probably creating all kinds of psychological problems (laughs), it also did make me very resilient. Doing the book on the train riders, if nothing else, gave me a perspective about how people just put one foot in front of the next and kind of get through.

You wrote four novels that were moderately successful before writing Orphan Train. What was that experience like?

The whole thing has been surreal. My last book sold about 30,000 copies and to me that was great. I honestly would have been happy with that career. I had my fans, I had a publisher and an editor who seemed to be willing to keep taking a chance on me. Some years I made a living writing; some years I taught and I edited. I assumed that I would always do what I love -- writing -- and do other things that I like to make money. It's not like it changed my life in terms of 'now I'm really going to be a writer.' I did buy a house on the coast of Maine where my sisters are. And it's helped with putting my kids through college. I have three sons, two in college and one in high school.

How do you feel about almost being an empty nester?

So, so happy, I can't even tell you how thrilled I am. First of all, they're just so much more fun and interesting as they grow, I love being with them. And second, I think it's a great misconception that when children go to college they're leaving home. They come back -- often.

Now that you're over 50, what's one rule you feel you can break with impunity?

I don't feel the need to wear a bathing suit at the beach in Maine. Last summer I said to my sisters, 'why even bothering to put on bathing suits at this rocky beach? Let's just admit we're really not going to go swimming and act like adults.' I know that sounds like an old lady but it's kind of liberating.

What ignites your creativity?

Just staying open. I'm an omnivore for words. I love movies, I love good television, reading books, novels, poetry, memoirs and nonfiction. When I'm working on a novel in particular I feel like fly paper and everything I come into contact with sticks to me in one way or another. The most exciting part of creativity is the way it filters through your consciousness and comes out as something else. It's such an amazing alchemy, it always astounds me.

I had a great publishing experience with my first novel, and I went to the highest bidder for my next book. And my new editor was a very famous, mean, high-powered, dismissive person. I was at a vulnerable time in my life where I felt like a housewife with really young children and she was not very supportive. She was really terrible for my self-esteem and I gave her too much power. I think as a result my career got derailed a little bit. It worked out all right, but I would tell my own children to not worry so much about an outside voice, and try to listen more to your inner voice.

What's the best advice anyone has ever given you?

The writer Honor Moore said 'if you don't put it in, you can't take it out.' I think writer's block is the fear of not measuring up to your own expectations. And a line like that frees you to just get it on paper, and know you can edit and take it away. And it changed my writing process. My first drafts are more messy, but have a little more movement and spark than earlier novels. Post script: I ran into Honor Moore and told her about her wonderful influence, and she said, 'I have no memory of saying that.'

What's the riskiest thing you've done since you turned 50?

Say yes to things that terrify me. When they asked me to [emcee the Poets and Writers Gala] I thought I would maybe say no. But now I'm kind of like, 'bring it on.' I'm supposed to be funny for five minutes. Even though it's scary it feels empowering and exciting.

What is your idea of perfect happiness?

Christina Baker Kline will speak at the Des Moines Public Library on March 14th. Check out my podcast interview with her here.