When I founded Orphans International Worldwide (OIWW) in 1999, I had no idea it would grow into an international movement.

A Google search today reveals 31,000 mentions of "Orphans International" on the Internet. In 1999 there was none.

Like Alcoholics Anonymous, the idea caught fire. Today, there are over 100 "Orphans International" organizations in Asia, Africa, and the Americas. Not to mention Europe. 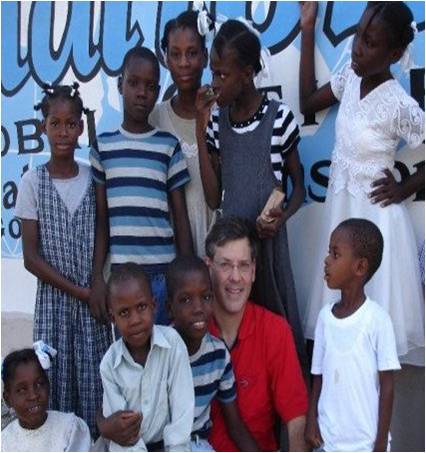 I have been part of the lives of the children of OI Haiti since inception years ago.

None of these organizations are affiliated with Orphans International Worldwide. Yet they have all jumped on the OI bandwagon. These include:

OI America and OI Tanzania were decertified in 2009.

In the wake of the earthquake in Haiti, with so many frauds being perpetrated on-line for relief funds that the FBI has issued a warning, it is hard for Americans to know who to trust.

I trust the American Red Cross, The Clinton Initiative. And Orphans International Worldwide in Haiti. 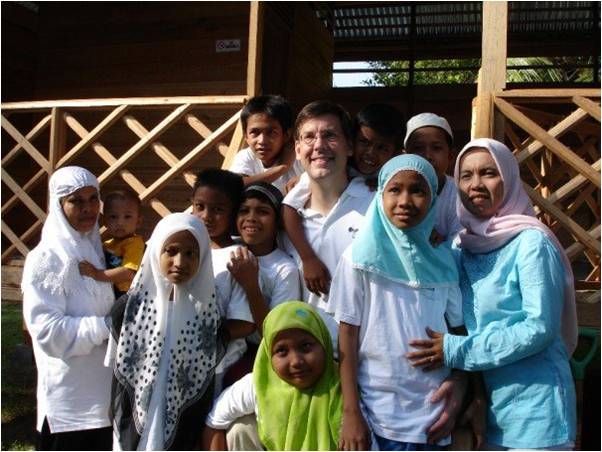 We were on the ground in Indonesia within weeks of the Tsunami. Now, how fast can we respond to the disaster in Haiti? It is up to our donors.

OI Worldwide began a decade ago. The prestigious law firm of White & Case agreed to assist me legally structure my vision which I called simply "Orphans International."

A global model similar to the International Red Cross and its global affiliates was chosen. OI Worldwide was to be the umbrella organization under which stood two categories, "project" and "donor" nations.

Wikipedia now carries "Orphans International" as a separate entry, and includes it in its section on "international charities," as well as maintaining a separate profile on me.

On-line dictionaries today define "OI." Relief agency registries list OI Worldwide. The motto of Orphans International and its affiliates is "Raising Global Citizens." And we are associated with the U.N.

The official logo of Orphans International affiliates globally was designed in 1999.

I visited an orphanage outside Manado, Indonesia in 1995 where I meet my future son Mathew. I was distressed at the conditions for children and my mother strongly encouraged me to address those conditions. 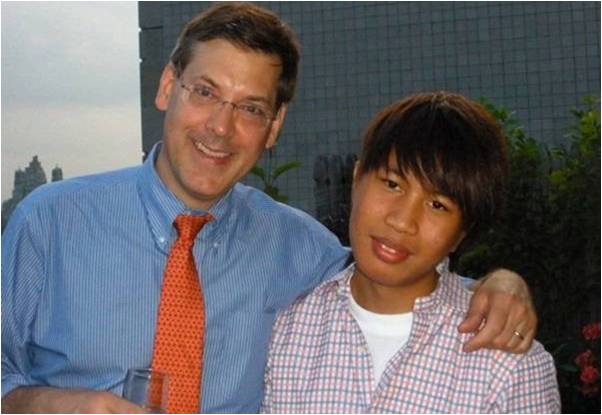 With my adopted son Mathew, at my 50th birthday past last summer. OI Worldwide projects try to treat their children as well as I treat Matt. 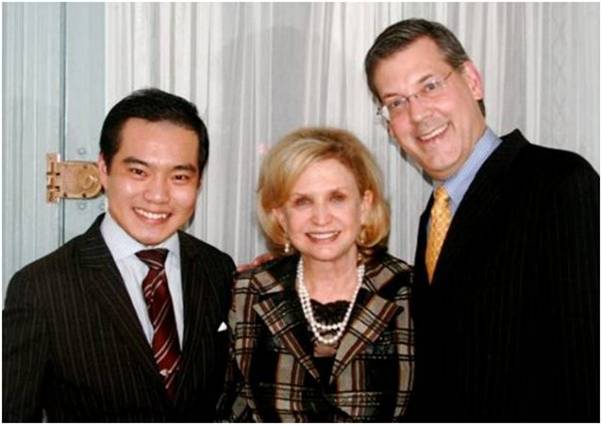 OI Worldwide Officer John Lee, U.S. Rep. Carolyn Maloney and me at a recent event. The girls' room at OI Indonesia after the Tsunami in Aceh, Sumatra was named in her honor.

OI Worldwide has been officially associated with the United Nations (Department of Public Information) since 2007. Our global organization certifies and de-certifies donor and project nations as necessary.

None of the organizations listed above are associated with the United Nations except Orphans international Worldwide. 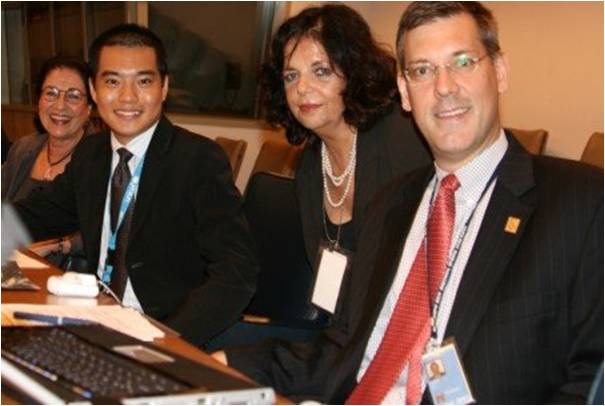 OI Worldwide advisor, officer, U.N. representative and I speaking at the United Nations.

OI Worldwide is the body that maintains the organization's Global Standards - about 20 pages long - which are posted on-line. These are the only standard for international orphan care readily available to the public. 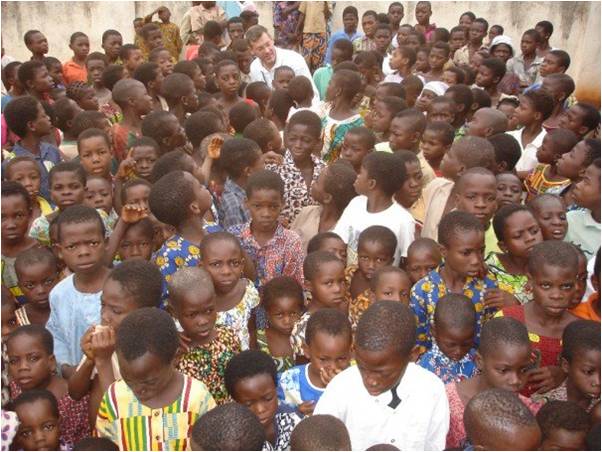 The author visiting children on an organizing trip in rural West Africa.

These Standards include OI's non-participation in international adoption. OI projects raise their children locally to become future leaders. We treat the children in our care the way we would treat our own kids.

OI Worldwide Standards are summarized after my own son, "Mathew's Rule" - that each child in the care of OI Worldwide be treated in the way we would treat our own child. 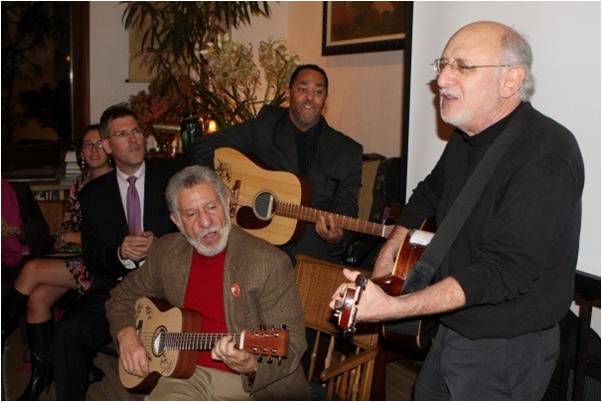 Peter Yarrow has performed benefits for us in his own home, spoke on orphans in Vietnam at our Congresses, and sits on the Global Advisory Board of OI Worldwide.

The last OIWW World Congress was devoted to the theme Health Needs of Children in Developing World, focused on family care. The fifth Congress was planned for Haiti in the fall of 2010, but will now be moved

OI Worldwide was initially founded to build an SOS-like small-home community for orphaned children. This "full-care" model proves to be economically challenging and politically unpopular in both hoist countries -- and with the U.N., including UNICEF. 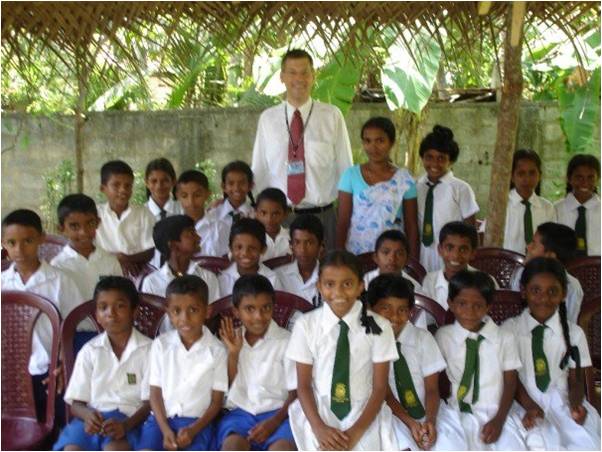 Orphans International Worldwide was on the ground in Sri Lanka after the Tsunami.

Based on my experiences in Sri Lanka, I made the decision in 2007 to move all OI Worldwide projects into a "family care" model. Following the disaster in Haiti, we are now about to roll out family care there as well.

Today, with the specific objective of "Ending Orphanages Globally," OI Worldwide embraces family care and will phase out beds as its children age out of its programs - including Haiti.

A story in the New York Times of Dec. 5, 2009, Aid Gives Alternative to African Orphanages, suggests this approach is becoming the most successful model globally.

Orphans International Worldwide oversees the following for its affiliates:

Financial development of OI Worldwide, as well as project and donor nations as possible.

Global affiliations, including with the U.N. and the International Red Cross.

As we speak I am multi-tasking more than I have in my entire life.

We will open OI Worldwide Haiti in the next few weeks on donated land outside Port-au-Prince and accept our first 100 children into family care, working with our NGO partner CharityHelp International (CHI)

Donors are coming to us from China, Korea, Greece, the U.K. and France. Of course, the U.S. is our funding base. If you would like to contribute to OI Worldwide's efforts in Haiti, contribute here. 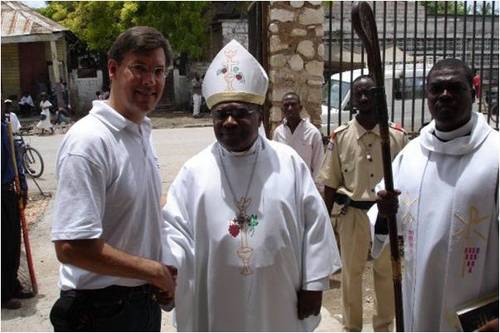 With my friend, the amazing Episcopal Bishop of Haiti, before the earthquake.

As if They Were His Own: Former Toastmaster Finds Courage to Transform the World's Orphanages (Toastmasters Magazine)

No Word Yet From Our Orphaned Children in Haiti (HuffPo)

First One Orphan, Then Many More (N.Y. Times)