My Lunches With Orson, edited by Peter Biskind ($28, Metropolitan) is a book containing transcripts of a series of lunchtime conversations between Orson Welles and his friend, director Henry Jaglom, in the early 1980s, when the director was in his late 60s.

The book is described by literary website The Millions as "entertaining, salacious reading for those of us who enjoy old Hollywood gossip delivered with exquisite nastiness." He calls Humphrey Bogart "both a coward and a very bad fighter,” and says that Katherine Hepburn “laid around the town like nobody’s business.” And he also describes dating a young Marilyn Monroe.

The Guardian says that this occurred in 1947, the year she turned 21, writing that "a brief fling with unknown starlet Marilyn Monroe ended with an angry husband (not hers), wrongly convinced that Welles was with his wife, bursting in on Welles and Monroe and thumping the filmmaker in the jaw."

Here's how Welles describes dating Monroe in My Lunches With Orson:

"She was a girlfriend of mine. I used to take her to parties before she was a star... Nobody even glanced at Marilyn. You'd see these beautiful girls, the most chic girls in town, who spent a fortune at the beauty parlor and on their clothes, and everybody said, 'Darling, you're looking wonderful!' And then they'd ignore them...

I would point Marilyn out to Darryl [Zanuck, a big-time Hollywood producer], and say 'What a sensational girl.' He would answer, 'She's just another stock player. We've got a hundred of them. Stop trying to push these ****s on me. We've got her on for $125 a week.'

And then, about six months later, Darryl was paying Marilyn $400,000, and the men were looking at her - because some stamp had been put on her." 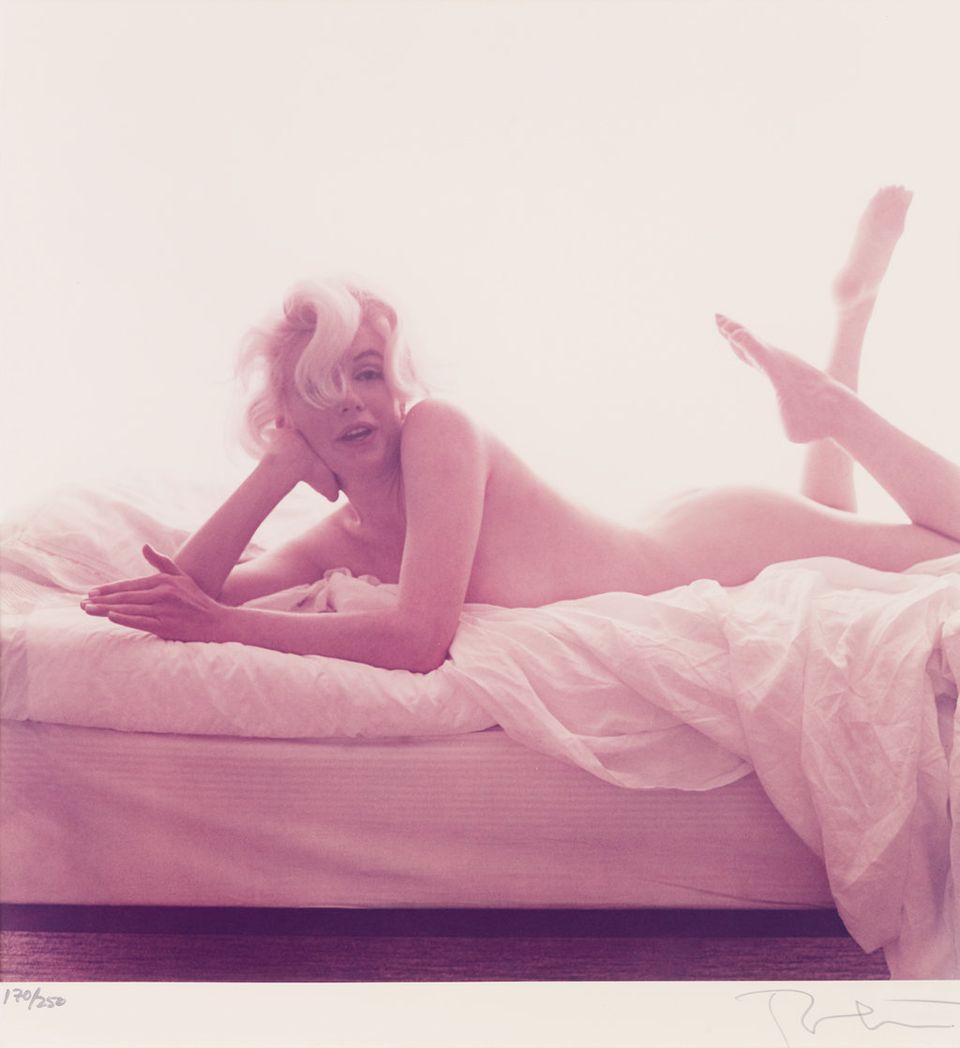 1 / 10
Bert Stern (American b.1929-2013) "Marilyn Monroe: The Last Sitting" The Complete Set of Photographs
<a href="http://www.freemansauction.com/" target="_blank">Courtesy of Freeman’s Auctioneers</a>