The "Romanian Orthodox priests" and boy toys behind last year's steamy (and controversial) calendar spread are back in time for the holidays.

As in the 2013 edition, the 2014 Orthodox Calendar features 12 months of hunky models striking scintillating poses alongside religious iconography. This year, the photos feature a same-sex marriage theme.

One of the calendar's organizers, who asked not to be identified, told The Huffington Post in an email that though the photos do not feature any actual priests, all of the calendar's subjects are gay-friendly members "of the Orthodox Church" who have chosen to strip down for the sexy shoot "because they believe -- like us -- in freedom of speech, tolerance, equality and human rights."

Check out the cover of the calendar below, then scroll down to keep reading: 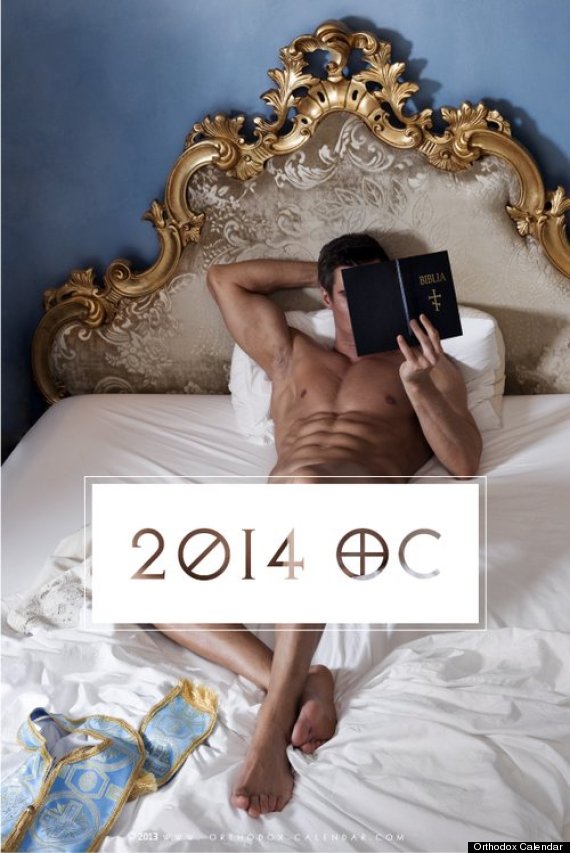 "Our wall calendars represent the very first organized global effort against homophobia in the Orthodox Church," the source wrote. "Unfortunately, it might not quickly change the official Orthodox church position, but at least it can encourage people (believers or not) to reflect and realize that their speech/ideas no longer fit modern society in the year 2013."

New this year is a second illustrated calendar, created in a "Tom of Finland" style, with a similar pro-gay theme. Check out a selection of images from both calendars below, then read more about the products here.

UPDATE: A second calendar official emailed the following statement to The Huffington Post: "This product is not intended to be used for religious purposes. It is a work of artistic expression and political and social commentary promoting the modernity and dynamism of persons involved in the Orthodox Church." 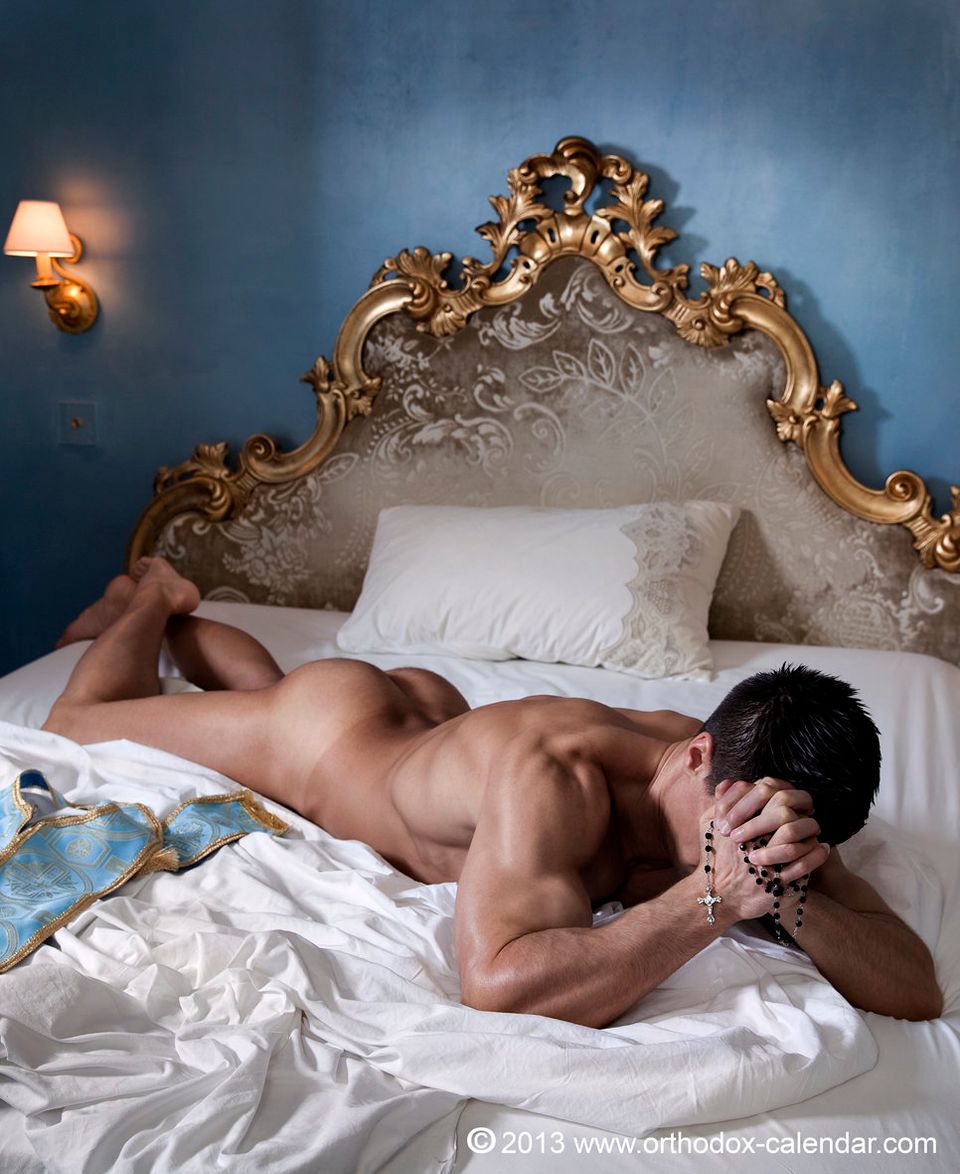