ISTANBUL, March 9 (Reuters) - Patriarchs of the world's 250 million Orthodox Christians ended a rare summit in Istanbul on Sunday calling for a peaceful end to the crisis in Ukraine and denouncing violence driving Christians out of the Middle East.

Twelve heads of autonomous Orthodox churches, the second-largest family of Christian churches, also agreed to hold a summit of bishops, or ecumenical council, in 2016, which will be the first in over 1,200 years.

The Istanbul talks were called to decide on the council, which the Orthodox have been preparing on and off since the 1960s, but the Ukraine crisis overshadowed their talks at the office of spiritual leader Ecumenical Patriarch Bartholomew.

As the prelates left a special service at Saint George's Cathedral, a woman in the crowd called out in Russian "Pray for Ukraine!" Two archbishops responded: "You pray, too!"

In their communique, the patriarchs called for "peaceful negotiations and prayerful reconciliation in the ongoing crisis in Ukraine" and denounced what they said were "threats of violent occupation of sacred monasteries and churches" there.

The Russian Orthodox Church, with 165 million members by far the largest in the Orthodox family, last month issued a statement along with Moscow's Foreign Ministry about what they said were attacks on revered historic monasteries in Kiev and Pochayiv in western Ukraine.

Russia has used the alleged threat to Russian-speakers in Ukraine, including the faithful of the Moscow-backed church there, to argue it has the right to intervene to protect them.

Closely aligned with President Vladimir Putin on Ukraine policy, the Russian church has a partner Ukrainian Orthodox Church mostly in the Russian-speaking east of the country that is loyal to the Moscow patriarchate.

There are two rival Orthodox churches mostly in western Ukraine, both meant to be Ukrainian national churches. Neither is part of the global Orthodox communion and the patriarchs' communique expressed the hope they would one day join it.

On the Middle East, the patriarchs denounced "the lack of peace and stability, which is prompting Christians to abandon the land where our Lord Jesus Christ was born."

They demanded the release of two prominent Syrian Orthodox archbishops kidnapped near Aleppo in April 2013.

Unrest in the Middle East over the past decade has killed or driven out large numbers of Christians, many of them Orthodox. Christians make up about 5 percent of the region's population.

Metropolitan Hilarion, head of the Russian church's foreign relations, said before the meeting that "extremist forces (are) attacking Christians, exterminating them, kidnapping priests, bishops and nuns, destroying Christian churches and doing everything to make those who believe in Christ to leave the Middle East."

One of the main questions facing the 2016 council will be how to balance relations among the Orthodox now that the Russian church, after seven decades of subjugation under communism, has reemerged as an influential voice in world Christianity.

Ecumenical Patriarch Bartholomew, who will meet Roman Catholicism's Pope Francis in Jerusalem in May, is the senior-most Orthodox leader, but his Istanbul-based church is tiny, with none of the resources the large Russian church enjoys.

Despite the prestige of his post, he has no authority over other churches, unlike the power the pope has in Catholicism, the world's largest church with 1.2 billion members.

The communique stressed that all decisions at the council would be taken by consensus, a position the Russians strongly defended in preparations for the meeting.

The 2016 council will be held in Hagia Irene, a Byzantine church building in the outer courtyard of the Ottoman sultans' Topkapi Palace. Now a museum, it has not been used as a church since the Muslim conquest of Constantinople in 1453.

Orthodox Christianity links 14 independent churches, based in Eastern Europe, Russia and the Middle East. The Damascus-based church of Antioch and the Czech and Slovak church did not attend the meeting because of disputes with other churches. (Tom Heneghan reported from Paris; Editing by Mark Trevelyan) 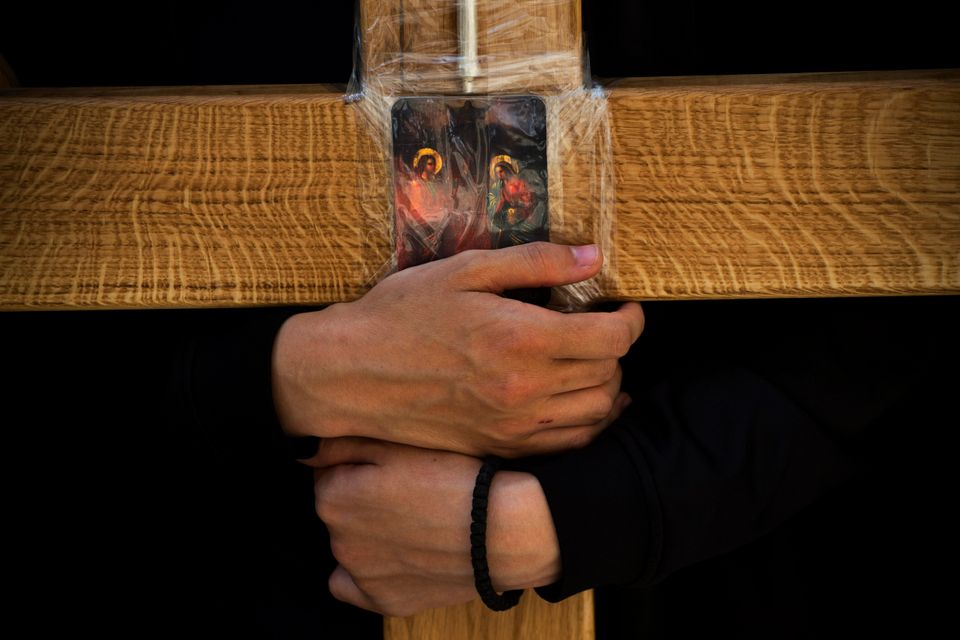 1 / 23
An Orthodox Christian woman holds a cross before starting the Good Friday processions in Jerusalem's Old City, Friday, May 3, 2013. Christian followers of the Eastern Churches are marking the solemn period of Easter. (AP Photo/Bernat Armangue)
AP