Thousands of geniuses live and die undiscovered--either by themselves or by others. - Mark Twain 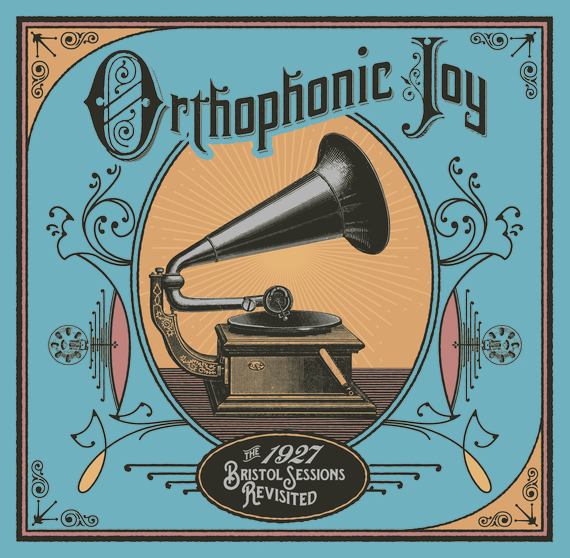 For two weeks in 1927, Bristol, Tennessee was the site of a legendary recording session known now as "the big bang of country music." The sessions launched the careers of The Carter Family and Jimmie Rodgers and reinforced the popularity of Ernest V. "Pop" Stoneman whose music career was already well established in the recording industry. Many of the regional musicians who recorded in Bristol did not go on to fame and fortune, but their contributions to country music are acknowledged and honored at last in this reimagined tribute project.

The new Orthophonic Victrola had found an eager audience, and executives were on the search for new talent. Thanks to Stoneman's encouragement, Victor producer Ralph Peer found it in the Blue Ridge Mountains, a region that rightly claims its place as a who's who of American roots music.

Fast-forward a generation or two, and history seems to be singing along with itself. In 2011, Grammy award-winning musician Carl Jackson was telling his longtime friend Rusty Morrell about a new project he was just finishing up, Mark Twain: Words & Music. This double-CD told Mark Twain's life in spoken word and song and boasted such talent as Jimmy Buffett, Brad Paisley, Garrison Keillor, and Clint Eastwood. It was a benefit for the Mark Twain Boyhood Home & Museum in Hannibal, Missouri. Morrell, a Bristol native, was intrigued.

"Naturally, anybody who grew up in the South and read books was a fan of Mark Twain," he said. "Carl sent me the CD. I was in Bristol, and out of the blue this idea came to me. You know, nobody really had ever acknowledged the 1927 sessions for their impact on country music and how important those sessions were."

Morrell started researching, and although Congress had officially declared Bristol "the birthplace of country music" in 1998, no one had ever paid tribute to those original sessions in the studio. That was about to change.

He called Jackson back and told him, "I've got a crazy idea."

Jackson, who has produced nearly every major artist in country and bluegrass, did not think the idea was crazy at all. The two immediately imagined a tribute befitting the original sessions, and the result is Orthophonic Joy: The 1927 Bristol Sessions Revisited. The double-CD was released by Sony Legacy Recordings on May 12, 2015 as a benefit for the Birthplace of Country Music Museum in Bristol. Like the Twain project, it brings a lot of talent to bear on an important historic topic.

Jackson produced the project, and Morrell served as executive producer. Others got behind the idea, including the Birthplace of Country Music, Bristol Convention and Visitors Bureau, Tennessee Department of Tourist Development, and the Virginia Tourism Corporation. Bristol, Tennessee shares a state line with Bristol, Virginia. The entire region is known for its musical heritage with such highlights as Bristol Rhythm and Roots Reunion and The Abingdon Crooked Road Music Fest in Virginia.

Inasmuch as the 1927 sessions were a bona fide search for new talent, this new project honored that tradition. The museum sponsored a contest inviting musicians to submit videos of their performances of some of the original recordings. Corbin Hayslett's "Darling Cora" won the competition. Another youngster, Keb H-Mac, twelve-year old protégé to Keb' Mo', accompanied his hero on "To The Work." Early reviews have also praised the work of The Church Sisters, twin sisters who are relatively new on the scene.

The project has become another source of hometown pride for Rusty Morrell whose entire life has been shaped by this music. "The original recordings provided the raw ordination for the type of music that comes out of these hills. Getting it out to the masses was a big deal," Morrell said of the impact of those early sessions. "I wanted to redo the songs with new artists, to make the songs relevant to new generations who have no idea of the history. For Carl and me, that was our job - to tell the story."

And with a little help from their friends - so they did.