One year after Osama bin Laden's death, President Barack Obama made an unannounced visit to Afghanistan on Tuesday.

In a dramatic address to Americans broadcast from a military hangar outside Kabul, Afghanistan, President Barack Obama on Tuesday trumpeted the near-end of U.S. military operations in the country, 10 years after the U.S. invasion and one year to the day after he ordered the assassination of Osama bin Laden.

Speaking against the backdrop of two armored military vehicles, one draped with an American flag, Obama said that he just signed "an historic agreement" with Afghan leader Hamid Karzai outlining a new, post-war relationship between the two countries.

(Click here to read more on the president's remarks.)

In addressing the death of bin Laden last year, Obama said, "Justice has been done."

Below, a slideshow highlighting reaction from within the political community to Osama Bin Laden's death last year. The news also prompted an outpouring of reaction on Twitter at the time, click here to check it out. 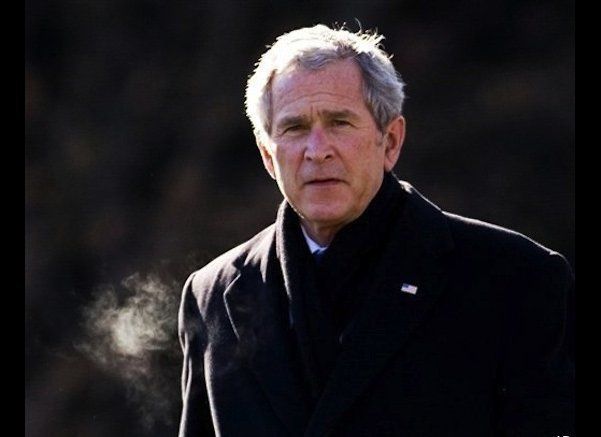 1 / 44
George W. Bush
Earlier this evening, President Obama called to inform me that American forces killed Osama bin Laden, the leader of the al Qaeda network that attacked America on September 11, 2001. I congratulated him and the men and women of our military and intelligence communities who devoted their lives to this mission. They have our everlasting gratitude. This momentous achievement marks a victory for America, for people who seek peace around the world, and for all those who lost loved ones on September 11, 2001. The fight against terror goes on, but tonight America has sent an unmistakable message: No matter how long it takes, justice will be done.