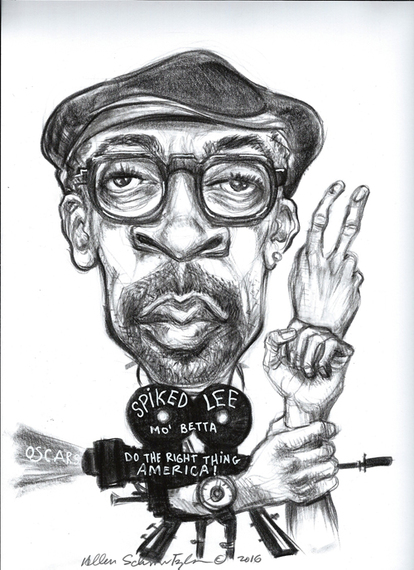 Of the twelve calendar months, February is the most idiosyncratic and underrated. Wedged between big holiday festivities and springtime flowering, it is easy to understand why this Leap Year month carries the stigma of " a month we just need to get through." This sentiment is especially weighty here in the Pacific Northwest when by now most of us are quite antsy to bathe in more sunlight and take in our moisture from recreational water.

However in reality, February is the month that parades much of our cultural identity before huge audiences frequently assembled into organized viewing celebrations. This is when most of us speak a common dialect incorporating language specific terminology relative to each event. February brings us Black History Month, Presidential Primaries, Mardi Gras, The Super Bowl, Valentine's Day, and the Academy Awards. Each of these events are in part critical agents of our socialization process in that they create, support, validate and inculcate powerful images that define us and establish our cultural icons and self-identity. As well, they collectively whisper dimensions of the unfinished divisive culture wars on the "isms" of social divisiveness.

We Americans, still very much socially organized into "tribes" are hypersensitive to insensitivity by others in positions of "authority" that borrow their status from the public's respect. We Americans are now way more astute to the subtleties of discrimination in language and behavior and are far more organized via social media networks to respond to a tribal "call to arms" over an abuse. Injured parties to other's abuses both real and or overly interpreted are apt to be "smartphoned" and go viral.

Some criticize this sensitivity as the "political correctness" morass. But in America we have learned that demanding social justice, social equality, and holding elected representatives and the voices of authority that control and disseminate our tax revenues and gain wealth from our paid admissions accountable through vigilant legal means, is the only way to produce positive social change. It is a way more preferred methodology than apathetic complacency and or illegal combustible civil unrest.

As a society with dramatic shifting demographics, we are now correctly grinding our societal teeth over the fairness politics of everything. It is therefore no surprise that this has spilled over into another one of our February delights, the Motion Picture Industry's Academy Awards.

For the second year in a row the Academy Awards are the White only awards. Representation in the "Best Of" lacks the color of diversity, and Spike Lee and other prominent figures in and outside the industry have decided to boycott the event. Their call for reform goes way beyond political correctness. Until leadership in circles of power becomes more representative, it is unlikely that real trickle-down diversification can occur. Therefore, it falls on those who can yield influence to lead with their conscience to create change through activism.

The Motion Picture Industry as well as the entire media empire must know that the lessons for our children from the images of the penetrating movies they watch, and the power of images of Oscars given honoring the "best" actors, producers, directors, and various artistic contributors carry tremendous weight in how our society gets reflected back to our "looking glass selves." Images matter, voices matter, lives matter. This does not mean the Academy Awards must become the Affirmative Action Awards.

However the bulk of America knows better than what the Academy old boy network presents to us, that there is quite enough super talent available to diversify the sharing in the Academy riches. Until that image changes with believable sincerity and commitment for the future, it is completely reasonable to expect and support protest from disaffected groups over the important cultural tradition of the Oscars. When images change, thinking will change, and the Academy Awards with the totality of what they represent can lead the way toward a more post-ism society. In a few weeks, the 88th Academy Awards will air to a huge viewing audience.

After 88 years, isn't it fair to expect that a societal shift should have already occurred that would result in better representation of the diverse American family in an industry that is inherent to America? Please, Oscar, do the right thing, already!