Among those who have spent 15 minutes locked up symbolically is Carlos Delgado, an ex-baseball player who wrote “I can only imagine how much mental strength and courage you have” on the jail cell’s wall. Former Puerto Rican Gov. Anibal Acevedo Vilá also spent 15 minutes in the cell and wrote: “Thank you for not giving up.”

The protesters hope to bring President Barack Obama's attention to the issue.

López Rivera, 70, was charged with “seditious conspiracy” in 1981 and sentenced to 55 years in jail. Former President Bill Clinton offered 12 Puerto Rican political prisoners clemency in 1999, including López Rivera, but he declined the offer, according to ProLibertad Web.

López Rivera headed the Chicago wing of the Armed Forces of National Liberation (FALN, in Spanish), a Puerto Rican separatist group known in the 1970s and 1980s for various bombings across the United States.

López Rivera is now the Puerto Rican political prisoner who has been imprisoned for the longest time in the history of the nation's independence movement. He is currently serving the remainder of his sentence in a U.S. federal prison in Indiana.

“The release of Puerto Rican, Oscar López Rivera, after 32 years in prison, is an issue that is directly related to the principles of social justice, humanity and compassion. Because of this I have asked the President of the United States of America, honorable Barack Obama, to execute his constitutional power and grant [López Rivera] a presidential pardon so he can be freed and reintegrated into our society. Justice demands his release.”

The campaign, which started at midnight on Wednesday, prompted strong reactions on Twitter with many voicing contrasting opinions over whether López Rivera should receive a pardon. 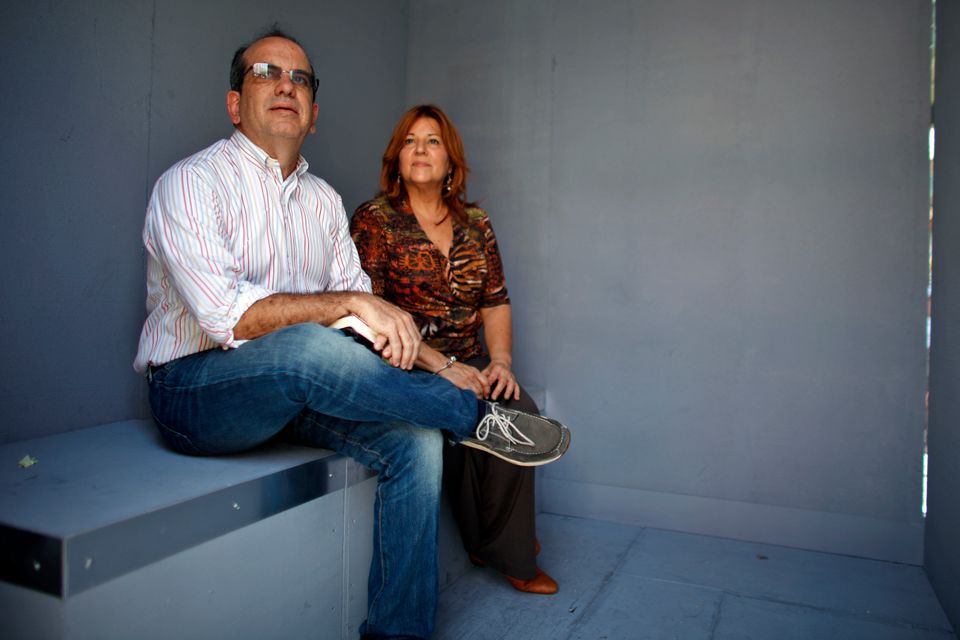 1 / 6
Anibal Acevedo Vila, Luisa Gandara
Former Puerto Rico Governor Anibal Acevedo Vila and wife Senator Luisa Gandara sit inside a mock cell during a protest demanding the freedom of jailed pro-independence activist Oscar Lopez Rivera in San Juan, Puerto Rico, Wednesday, May 29, 2013. Lopez was sentenced to 55 years after his conviction in 1981 on charges that included seditious conspiracy, use of force to commit robbery and interstate transportation of firearms as a member of the ultranationalist Armed Forces of National Liberation in a struggle for independence from the U.S. for the Caribbean island. He received an additional 15 years in 1988 after he was convicted of conspiring to escape from prison in Leavenworth, Kansas. Former President Bill Clinton offered in 1999 to release Lopez and 13 other Puerto Rican nationalists as part of what was at the time a politically sensitive clemency deal. Under the deal, Lopez would have had to serve 10 more years in prison. He rejected the offer because it did not include two comrades who have since been released. (AP Photo/Ricardo Arduengo)
AP