Oscar Pistorius may have to settle for merely making history at the London Olympics after failing to qualify for the men's 400 meter final.

Pistorius had established himself as one of the memorable athletes in London before he had even finished his first race. With that matter settled, the double-amputee track star dubbed the "Blade Runner" for his prostheses turned his attention to winning a medal in the men's 400 meters.

After finishing last in the second heat of the 400 meters semifinal, Pistorius will not run in the final. He can still win a medal as a member of South Africa's 4x400-meter relay. At the 2011 World Championships, Pistorius helped South Africa's 4x400 relay team qualify for the final but was not selected to participate in the final, where the team finished second to the United States.

One day after finishing second in his round 1 heat with a personal season's best time of 45.44 seconds, Pistorius ran 46.54 in the semifinal to finish eighth in Heat 2.

The two fastest runners from each of the three semifinal heats advances to the final along with the next two fastest losers, per the competition format.

Running in Heat 1, Gordon Lalonde of the Trinidad and Tobago ran the fastest semifinal time, completing his loop of the track at Olympic Stadium in 44.58 seconds. James Kirani of Grenada finished first in Pistorius' heat, with a time of 44.59 seconds. The slowest time of the eight finalists was the 44.99 posted by Jonathan Borlee of Belgium, meaning that not even Pistorius' season's best would have been fast enough to advance. Pistorius' career-best time over 400 meters is 45.07.

Despite historical dominance of the event, the United States has no representative in the final. 2008 gold medalist LaShawn Merritt failed to advance to the semifinal after pulling up with a hamstring injury during qualification. 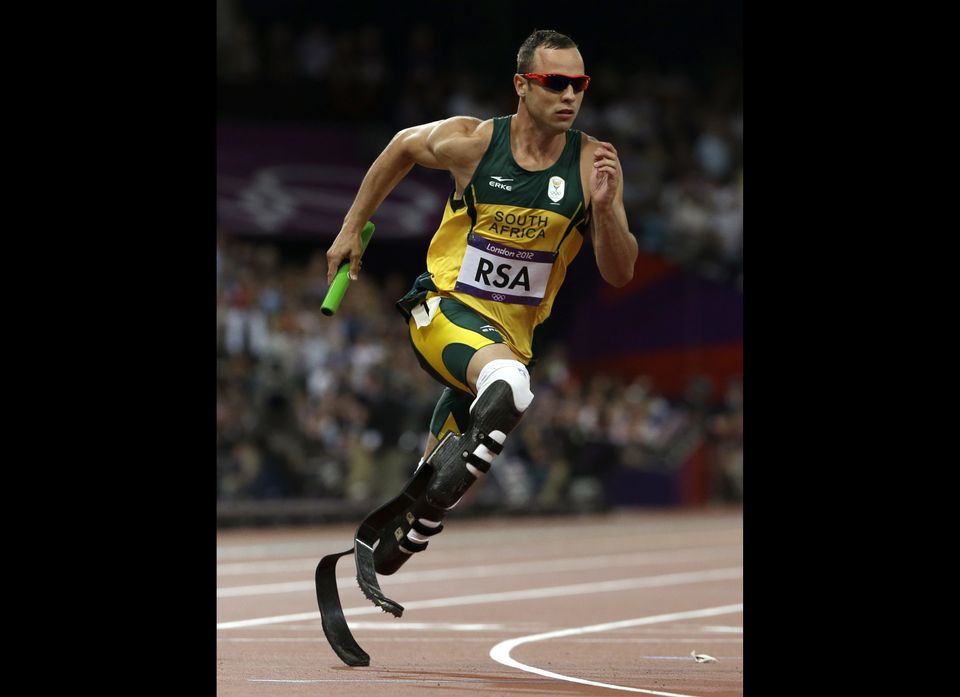