This past week, the media was set ablaze when South African runner Oscar Pistorius was sentenced to five years in prison for killing his girlfriend Reeva Steenkamp. Headlines questioned whether or not Pistorius would be able to rekindle his athletic career and weighed in on his sentencing -- but as Suzanne Moore mentioned in her column for The Guardian, some of the coverage conveniently sidestepped addressing the victim in the case.

In a HuffPost Live conversation on Thursday, Wayne County Prosecutor Kym Worthy said she was "astounded" by the amount of attention that had been placed on the offender.

“The victim becomes the person put through the meat grinder,” she told host Caroline Modarressay-Tehrani. “We don’t look at why the offender did what they did or what the offender did in holding them accountable.”

Domestic violence survivors Kit Gruelle and Nicole Beverly also sounded off on the media coverage and Pistorius’ prison sentence, of which he will likely serve just 10 months.

“If there is an example of what the war on women looks like, this is it,” said Gruelle, who was profiled in the HBO’s new documentary “Private Violence.”

Beverly said that "short" prison sentences in cases of abuse are surprisingly common. She shared her own experience with her ex-husband, who was approved for parole after serving only 16 months. The decision was reversed before his release, but it took multiple testimonies from inmates who alleged that Beverly’s abuser was plotting to hire someone to kill her before parole was revoked.

“I’m not just angry for myself,” she said. “I’m angry for all the victims and survivors out there who know that in maybe 12 months the person is going to be out again, stalking them, threatening them and be living their lives in fear again, and it’s not fair.”

Check out the full HuffPost conversation on the legal implications of domestic abuse here. 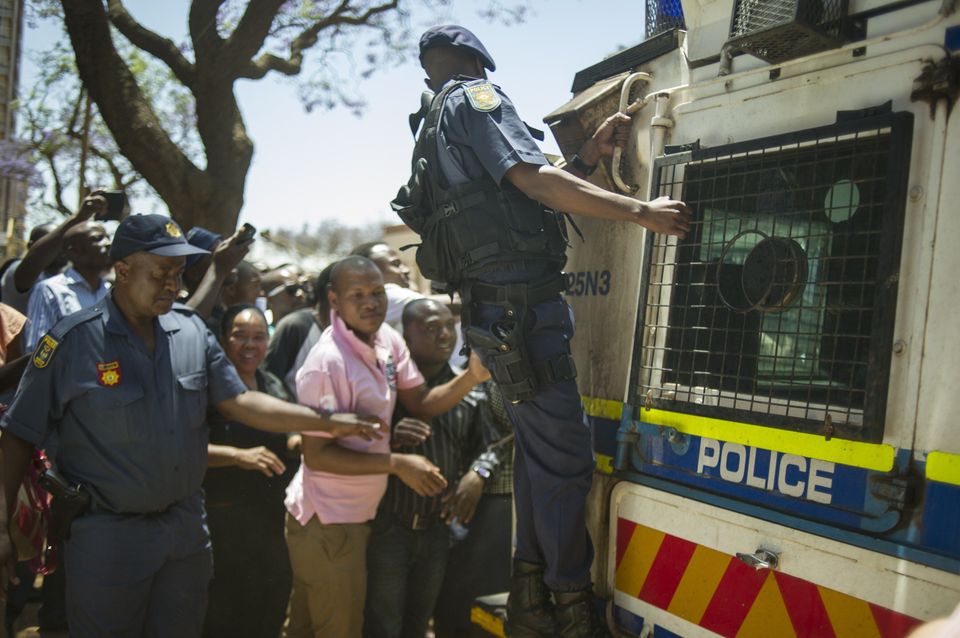 1 / 40
SAFRICA-TRIAL-SPORT-PISTORIUS
A police officer holds on to the police van that takes South African Paralympian athlete Oscar Pistorius to prison after his sentencing at the High Court in Pretoria on October 21, 2014. Pistorius was sentenced by Judge Thokozile Masipa to up to five years in jail for the shooting and killing of his girlfriend Reeva Steenkamp on Valentine's Day 2013 at his home in South Africa. AFP PHOTO/MUJAHID SAFODIEN (Photo credit should read MUJAHID SAFODIEN/AFP/Getty Images)
MUJAHID SAFODIEN via Getty Images