JOHANNESBURG — Oscar Pistorius shot dead his girlfriend Reeva Steenkamp deliberately, her parents said, ahead of an appeal hearing in which prosecutors are seeking to overturn a South African court ruling that the athlete was not guilty of murder.

It was the first time Steenkamp's parents have spoken out against the court's verdict.

Pistorius, 28, was found guilty last September of culpable homicide, the equivalent of manslaughter, after Judge Thokozile Masipa said state prosecutors had failed to prove the Paralympic gold medalist had shown "intent" to kill.

The state argued throughout the six-month trial that Pistorius had deliberately killed Steenkamp when he fired four rounds through a locked toilet door where she was hiding after a row. Pistorius says he believed an intruder was inside the toilet cubicle.

Prosecutors filed an appeal last week asking for the verdict to be changed to murder. They argue Pistorius must have known when he fired that the person behind the door could be killed, even if he did not know it was Steenkamp. The appeal hearing is due to start in November.

"What actually came out in court is not the truth," Barry Steenkamp told Australia's Channel Seven television in an interview aired on Sunday.

"He got angry, she went off to the toilet, locked herself inside, and then him pulling out the gun and shooting."

June Steenkamp adds: "Why didn’t he just let her walk away?"

Pistorius, nicknamed the "Blade Runner" because of the carbon-fiber prosthetics he used during his career on the track, was due to be released from prison last Friday after serving 10 months of his five-year sentence.

Justice Minister Michael Masutha blocked his release because he said the decision was made without legal basis, an intervention the Pistorius family said left them "shocked and disappointed".

The decision has been returned to the parole board for reconsideration, which could take up to four months.

Steenkamp's parents have said previously they were unhappy with the court's sentencing but this is the first time they have publicly questioned the verdict.

If convicted of murder, Pistorius will likely be given a custodial sentence of at least 15 years. 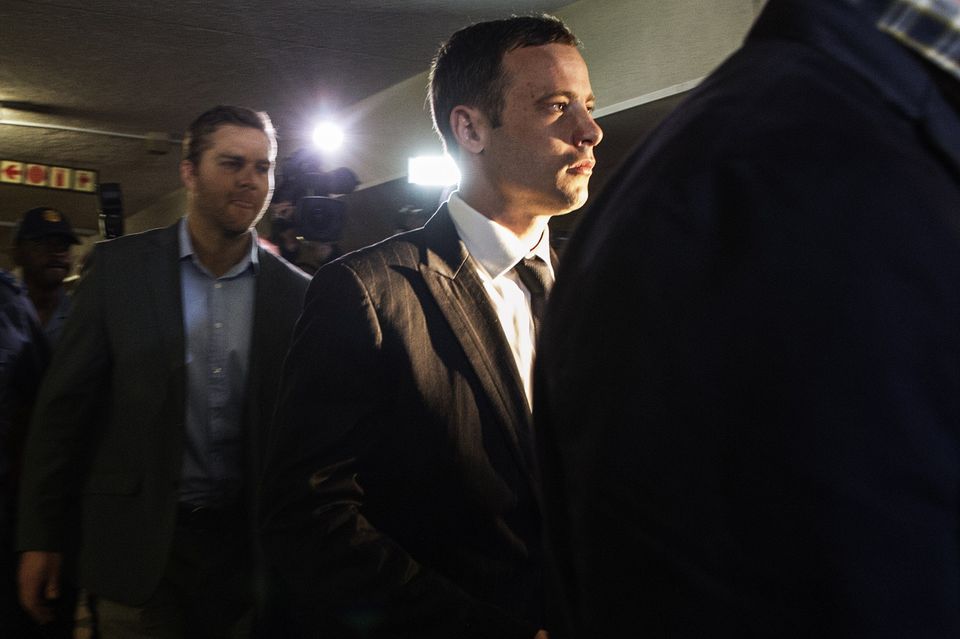