PRETORIA, March 28 (Reuters) - The murder trail of Oscar Pistorius was adjourned on Friday until April 7, when the South African Paralympic and Olympic track star is expected to take the stand in his own defence in a high-stakes bid to prove his innocence and avoid life in prison.

Judge Thokozile Masipa postponed proceedings for more than a week due to the illness of one of the legal assistants who has been sitting at her side throughout the trial, one of the most high-profile in South African history.

Prosecutors took 15 days to lay out their case against the 27-year-old, arguing he deliberately killed girlfriend Reeva Steenkamp in the early hours of Valentine's Day last year by firing four rounds from a 9 mm pistol through a closed toilet door.

Several neighbours testified to hearing a woman's terrified screams before a volley of shots, countering Pistorius' assertions that he mistook Steenkamp for an intruder hiding in the toilet cubicle in the middle of the night.

If found guilty of murder, Pistorius faces at least 25 years in prison.

The trial has gripped South Africa and millions of athletics fans around the world who saw Pistorius as a symbol of triumph over physical adversity.

The sprinter's lower legs were amputated as a baby but he went on to achieve global fame as the "fastest man on no legs," winning gold medals at the Beijing and London Paralympics.

He also won a battle against athletics authorities for the right to compete against able-bodied men, becoming the first amputee runner at an Olympics when he reached the 400 metres semi-finals in London 2012. (Reporting by Ed Cropley; editing by David Dolan) 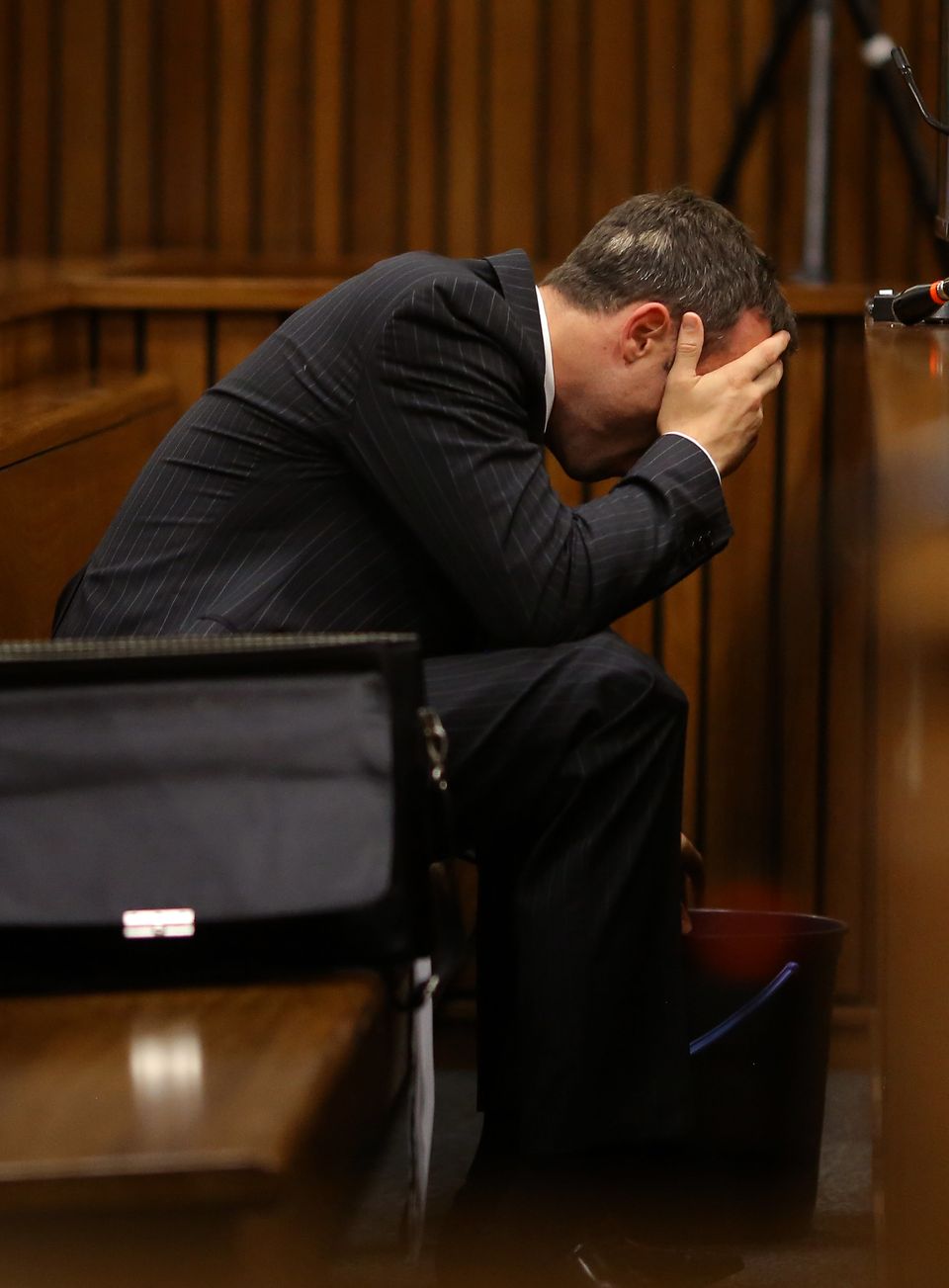 1 / 14
Olympic and Paralympic track star Oscar Pistorius vomits during a hearing on the sixth day of his trial for the 2013 murder of his girlfriend, on March 10, 2014 at the high court in Pretoria. Pistorius, a double amputee known as the 'Blade Runner' for his carbon-fibre running blades, faces 25 years in South Africa's brutal jails and an abrupt end to his glittering sporting career if convicted for the 2013 murder of his girlfriend Reeva Steenkamp. AFP PHOTO POOL/SIPHIWE SIBEKO (Photo credit should read SIPHIWE SIBEKO/AFP/Getty Images)
Getty Images