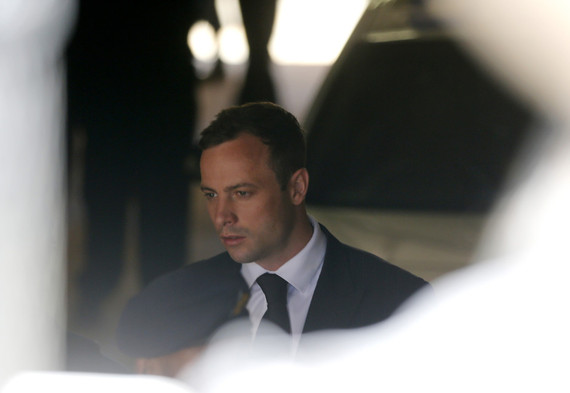 The South African Supreme Court of Appeal's unanimous decision to find Oscar Pistorius guilty of murder by overturning a lower court's verdict of culpable homicide has important implications for the country's judicial system. Thabo Leshilo from The Conversation Africa put questions to Chantelle Feldhaus and René Koraan about the implications of the judgment.

What is the significance of the verdict?

The Supreme Court of Appeal's decision is important for three reasons. First it shows that South Africa has a strong legal system. Checks and balances are intact. Second, the verdict provides a clear interpretation of dolus eventualis as well as how it should be applied. Third, it reaffirms the importance of circumstantial evidence.

How does the replacement of the verdict reflect on the trial judge?

In his final remarks, Appeal Court Judge Eric Leach congratulated the trial Judge Thokozile Masipa on the way she conducted the trial. He emphasised that even though the Appeal Court found that certain mistakes were made, its decision should in no way be seen to cast doubt on her competence and ability. He also credited her patience and dignity.

Judge Leach commented on the tragedy of the case:

This case involves a human tragedy of Shakespearean proportions: a young man overcomes huge physical disabilities to reach Olympian heights as an athlete; in doing so he becomes an international celebrity; he meets a young woman of great natural beauty and a successful model; romance blossoms; and then, ironically on Valentine's Day, all is destroyed when he takes her life. The issue before this court is whether in doing so he committed the crime of murder, the intentional killing of a human being, or the lesser offence of culpable homicide, the negligent killing of another.

What happens to Pistorius now?

Sentencing was not argued in the Supreme Court of Appeal. It has been referred back the High Court which still has to set a date for a hearing. In the meantime Pistorius will continue to be kept under correctional supervision. This is in effect house arrest. The just less than a year he spent in prison will be taken into consideration when a new sentence is passed down.

What possible sentence does he face?

In 1998 South Africa enacted legislation prescribing minimum sentences for certain serious offences, including murder. The purpose of the law was to reduce rising crime rates as well as to iron out disparities in sentencing for violent crimes.

The minimum sentence for a first offence of murder is 15 years' imprisonment. This is the shortest sentence Pistorius can expect unless he can prove that there are "substantial and compelling circumstances" for a lesser sentence. But the court will need to be convinced that:

But the court is unlikely to deviate from the minimum prescribed sentence lightly. Whatever sentence Pistorius gets, he will, at the very least, serve two-thirds of it.

Is this the end?

This is probably the end for Pistorius' case. The only court left for him to appeal to is the Constitutional Court. But to lodge an appeal there he would need to argue a case based on a constitutional right. Say, for example, that his right to a fair trial had been compromised.

What are the implications for the law in South Africa?

This verdict highlights the importance of appeal processes and that different judges can reach different conclusions. It also cast fresh light on the meaning and application of dolus eventualis. As the Appeal Court explained, dolus eventualis is a form of intent which is present when

... a person foresees the possibility of harm ensuing but reconciles him/herself with that possibility and continues with the said action.

In this case the court found that Pistorius must have foreseen, when firing the shot, that whoever was behind the toilet door might die, but reconciled himself with that possibility and thus gambled with that person's life.

The court also emphasised that the identity of the person behind the door was irrelevant.

The fact that the accused, armed with a heavy calibre firearm, did not take the elementary precaution of firing a warning shot was taken as prima facie proof that he did not genuinely believe he was acting lawfully.

The court concluded that Pistorius did not have a rational or genuine fear that his life was in danger at the time of the shooting since he did not know who was behind the door or whether the person constituted a threat to him.

This circumstantial evidence is crucial to a decision on whether the accused, at the time he fired the fatal shots, must have foreseen, and therefore did foresee, the potentially fatal consequences of his actions.