The Oscar winner film director Andrzej Wajda will become the honorary citizen of Gdansk in March. Our city and Poland's struggle to freedom were masterfully depicted in his trilogy: Man of Marble, Man of Iron and Walesa. Man of Hope. There are not many other artists whose works have influenced me and my generation like Wajda's. His movies tell us stories about difficulties of Polish and European history, about freedom and truth. 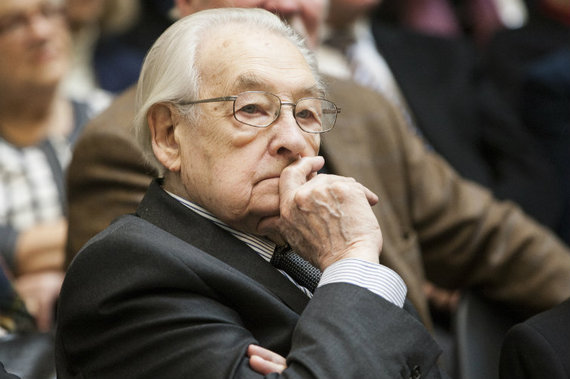 This movie was set in the 70s, in times when the Solidarity movement had not yet existed. The Man of Marble's protagonist, a young film-maker Agnieszka, working for the state TV is trying to discover the uncomfortable truth about the long-forgotten 50s. She is looking for Mateusz Birkut, a bricklayer who strongly believed in the communism, was mercilessly exploited by the system and then disappeared in mysterious circumstances. Fighting against conformists and liars of all sorts she is getting closer and closer to the truth. Finally she is meeting Mateusz's son - Maciek, in a very special place: in front of the shipyard's gate in Gdansk. When we see these two together, united, we feel a relief that the truth will be discovered and the lie will be defeated. The cut. 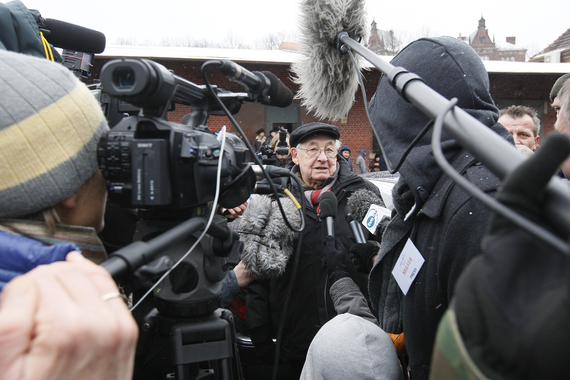 Andrzej Wajda on a film-set in Gdańsk. Photo: J. Pinkas

With his Man of Marble Andrzej Wajda had anticipated what happened next - the strike in the Gdansk shipyard in 1980, depicted in 1981 in the Man of Iron, in which Maciek is one of the strike leaders. This is a great, universal story of struggle for freedom and dignity.

It is hard to imagine Polish cinema without Andrzej Wajda and I am sure that our road to freedom would be longer without his movies. Poland, Gdansk and I personally - we all owe him a lot. To show our respect for Andrzej Wajda, the City Council decided to grant him the honorary citizenship of Gdansk. As the director said in his interview with www.gdansk.pl, Gdansk had always played an important role in his life - it is the place where in the 50s he decided to quit a career as a painter and become a movie director. 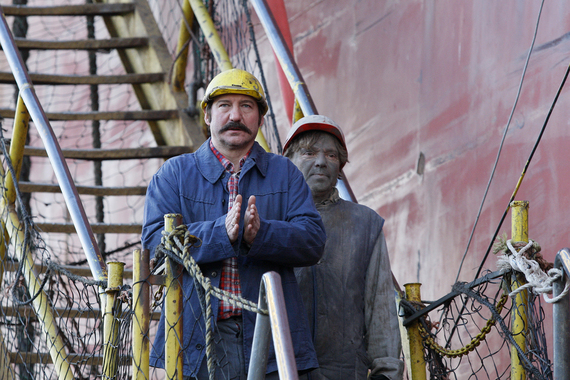 The ceremony of awarding the title to Andrzej Wajda will take place on March 12th in Gdansk.

A long and interesting history lies behind the the Honorary Citizenship of Gdansk Award. It is amazing how the history of Europe is reflected in it. For the first time it was awarded in 1832 to a surgeon Wilhelm Baum and through the 19th century the title went to philanthropists and politicians.

The true revival of the honorary citizenship began after 1989, when democracy and self-government were restored in Poland. Many great names are on the list of the honorary citizens of Gdansk; among them: the writer and Nobel prize winner Günter Grass, the first president of the united Germany Richard von Weizsäcker, prime minister of Poland and chancellor of Germany - Tadeusz Mazowiecki and Helmut Kohl, and, collectively, Polish heros of the first days of the WWII and leaders of the strike in the Gdansk shipyard in 1980.

It is a great pleasure and honor for us that Andrzej Wajda agreed to become an honorary citizen of Gdansk. I can't wait to meet him in our city in March.