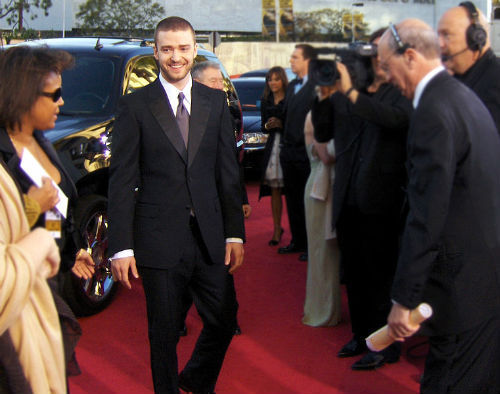 The 83rd Annual Academy Award telecast was so flat, I expected Rachel Dratch to show up on stage at any moment in full Debbie Downer regalia followed by an orchestral "womp waaah."

But, you don't need to hear another bad Oscar review. Everyone seems to be throwing hosts James Franco and Anne Hathaway under the bus for their forced, uninspired emcee duties last weekend, and rightfully so. The duo brought little to the table in a flat, ho-hum telecast that served up more yawns than yucks -- saved only by a few winning speeches and a wandering Kirk Douglas.

Tapping two of the brightest young stars to host the event was a clever marketing move to try to lure new, younger viewers to watch a long, drawn-out telecast, but Franco and Hathaway were miscast. Given the low ratings (especially in the key 18-49 demographic -- down 12 percent from last year) and universal panning, it's clear the rebranding concept crashed and burned. While I highly suspect an old Oscar favorite will be brought back next year (think Billy Crystal after that standing O he received Feb. 27) or a safe pick like Tina Fey or Steve Martin, I'm holding out hope the Academy will think outside the box once again.

Justin Timberlake should host the Oscars -- he's a proven entertainer who always is reliable for a laugh. The multi-talented star has shown time and time again that comedy comes just as easily to him as dancing and singing does. He has flexed his comedic chops in his various appearances on Saturday Night Live (Google "Homelessville") and has already shined as host of another awards show -- the 2008 ESPYs.

Time and again, Timberlake has shown he doesn't mind being the butt of a joke or delivering a punchline. That said, I'm sure the bankable music and now motion picture star can deliver a pitch perfect monologue (Franco and Hathaway's fell flat) and a song and dance routine that would rival those precious Crystal medleys. More importantly, his quick wit and improvisation prowess would prevent the show from hitting any bumps along the way. That's one key component that has been missing, not just last Sunday but over the past few years.

The Oscars are always long and frontrunners usually win, but when you had a host like Crystal or even Chris Rock or Jon Stewart, you were guaranteed a few unscripted gems to pop up throughout the night. Who can forget Rock's wisecrack about Jude Law being in every movie (and all of them bad) and Crystal spewing Jack Palance jokes all night long after the City Slicker Oscar winner accepted his award and did one-armed push-ups? If Crystal was hosting this year, I'm sure he would've run wild on Melissa Leo's F-bomb. Ditto for Stewart and Rock. I suspect Timberlake would've as well.

Timberlake is an entertainer in the truest sense. We got a taste of what he could do this year watching him present an Oscar. He cheerfully mocked Douglas with a "you know" before announcing an Oscar winner and flawlessly delivered the line "I'm Banksy." The latter had me laughing even though the joke got overplayed in the Twitterverse.

In any event, it's not too late for Oscar to get its sexy back. Timberlake would present some much-needed spontaneity, fun and excitement. Oh, and yeah... younger viewers. Who's with me?