Year after year, the Oscars, aka the Academy Awards, aka the prom of award season, captures the attention of seasoned entertainment junkies. Some tune in to dutifully see who’ll nab the coveted statues for Best Picture and Lead Actress. Others watch simply because there are a bunch of extremely well-dressed, most-likely-hungry, nervous celebrities packed into one theater. Really, anything could happen.

In the spirit of predictions, below are a few things to look out for at the 90th Oscars that have absolutely nothing to do with those li’l golden men. Some expected moments are earnest and pure, some are less so. Enjoy.

Sandra Bullock Is Back

For the first time in four years, “Ocean’s 8” star Sandy is making her big return to the Oscar stage as a presenter. Also in attendance will be fellow presenter, and Sandy’s ex from the ’90s, Matthew McConaughey. All right, all right, all right.

Although he’s not predicted to win Lead Actor for “Phantom Thread,” now-retired actor Sir Daniel Day-Lewis will most likely sit in the audience with a big smile on his face, sporting an ever-darling earring or two, while clapping for the eventual winner, Gary Oldman. But don’t leave us, Daniel!

Unless you’re one of his many adoring fans, you might’ve forgotten that Harry Styles is in an Oscar-nominated film. This means the pop star turned screen legend could be in attendance at the award show, since “Dunkirk” is nominated in multiple categories, including Best Picture. Directioners, ready yourselves.

They may be cutthroat competitors in the Lead Actress category, but they’re also relatively good pals. “I have a major actress crush on her already,” Robbie told HuffPost of Ronan last year. “I think she’s a genius actress and she’s a wicked person, as well.” Keep an eye out for obnoxiously cute BFF moments.

Gary Oldman and Lesley Manville’s Past

Believe it or not, these two Oscar nominees (Oldman’s up for Lead Actor for “Darkest Hour,” Manville is in the Supporting Actress category for “Phantom Thread) are exes. They married in 1987 and had a son together before Oldman, who is facing the resurfacing of a 2001 allegation of spousal abuse, left her and married Uma Thurman in 1990. No word yet on whether or not Thurman will also be in attendance.

Chelsea Peretti is so excited for her husband, Jordan Peele, that we can’t wait to see her take over for Chrissy Teigen and send out the best-wife live tweets of the evening. Peele’s movie “Get Out” is up for Best Picture, Lead Actor (Daniel Kaluuya), Directing (Peele) and Original Screenplay (Peele). Let’s go!

Some say the academy snubbed Haddish by not recognizing her hilariously over-the-top role as Dina in “Girls Trip.” Thankfully, Haddish will be at the Oscars anyway ― to present. Mild suggestion: Get the grapefruit and peach onstage together.

What A Merry Poppin’ Time

Ahead of the release of “Mary Poppins Returns,” stars Emily Blunt and Lin-Manuel Miranda will both be presenters Sunday night. Will there be a song-and-dance routine? Please?

Both Lupita Nyong’o and Chadwick Boseman will present at the Oscars, but the only thing on “Black Panther” fans’ minds is whether Michael B. Jordan will show up, do some pushups for Lupita and escort her to the ball. ’Shipping at its finest.

Who Will Fill In?

One of the biggest questions going into the award show is: Who will step in for Casey Affleck? The reigning lead actor is skipping the Oscars, most likely in light of the sexual harassment allegations against him and the rising prominence of the Time’s Up movement in Hollywood. But protocol dictates that the Lead Actor winner from the previous year always presents the award for Lead Actress. So, who will the academy choose to fill his shoes?

The indie musician is up for an Oscar for Original Song for “Mystery of Love” from “Call Me By Your Name.” Thing is, he’s pretty anti-attention and rarely gives interviews. He did, however, let Vanity Fair in on a “dirty secret”: “I’ve never watched the Oscars.” He also told The Hollywood Reporter, “I am trying to figure out what to wear to the Oscars. I should go, right? I have to go. How am I 42 and I’ve never worn a tuxedo? I guess I’ll give it a try. If I can meet Mary J. Blige, I will go for that alone.”

A big story this award season is the rise of Broadway star Keala Settle and her memorable role as The Bearded Lady in “The Greatest Showman.” The Pasek and Paul song she performs in the movie-musical, “This Is Me,” is up for an Oscar and has become somewhat of an anthem for Time’s Up-era Hollywood. Don’t tune out during her performance.

Emily V. Gordon and Kumail Nanjiani, the masterful and married collaborators behind the acclaimed rom-com “The Big Sick,” are up for an Oscar for Original Screenplay. We’ll be eagerly watching as they lovingly embrace, win or lose, but we’re still mad about all those snubs.

Considering the particularly bad press Matt Damon’s endured of late (to his own fault), there’s a sure chance his known frenemy and Oscar host Jimmy Kimmel will poke fun at the “Downsizing” actor, who will reportedly not be in the audience this year. In 2017, Kimmel’s whole plan was to insult Damon at the end of the ceremony, but the Warren Beatty-Faye Dunaway Best Picture blunder prevented that from happening.

The academy greenlit a sequel! Beatty and Dunaway will reportedly be back to make up for that messy, now infamous debacle in which they announced “La La Land” as the winner instead of “Moonlight.” According to multiple reports, the pair were spotted rehearsing and are expected to, hopefully, present the correct winner for Best Picture on Sunday night.

Will Ryan Seacrest Get Booted From The Red Carpet?

After allegations of sexual misconduct surfaced against him this week, Seacrest and his network E! are under a microscope. Should he still be hosting red carpet coverage? Will celebrities even stop to talk to him? Is this the end of the pre-show as we know it? These questions will likely be answered between 6 and 8 p.m. ET on Sunday.

I know I said we wouldn’t talk about awards, but hold on: There are a few biopics up for big honors, including “The Disaster Artist” for Adapted Screenplay, “I, Tonya” for Supporting Actress and Lead Actress, and “Darkest Hour” for Best Picture. Tommy Wiseau might show up in support of “The Disaster Artist,” as James Franco most definitely won’t. And Tonya Harding could be Margot Robbie’s date. No chance of a Winston Churchill appearance, though.

Who’s Got An Eye On Those PwC Accountants?

Last year, a startled celebrity audience and millions of couch-bound viewers at home sat in shock as presenters Dunaway and Beatty announced the wrong Best Picture winner after an envelope handoff snafu. During the 2018 ceremony, all eyes will and should be on the PricewaterhouseCoopers accountants who will be giving presenters their envelopes. Don’t mess this up!

If we don’t get a “La La Land” vs. “Moonlight” showdown, then maybe we’ll get a fumbled tie presentation instead? Please, Oscar gods, deliver upon us this small gift.

For nearly 30 years, Harvey Weinstein was a known presence at the Oscars. He’d sit up front, laugh, applaud and be thanked by countless actors and filmmakers. According to the Los Angeles Times, one analysis of nearly 1,400 Oscar speeches determined that the man behind films such as “Pulp Fiction” and “Lion” was thanked more often than God himself. This year will surely be much different.

Given the tenor of the Golden Globes, we can expect more than a few Me Too moments at the Oscars, particularly during acceptance speeches. Stay tuned for award presenters Ashley Judd, Jane Fonda, Jodie Foster and Nicole Kidman, who could use the platform to spread awareness about the systemic sexism in their industry. Or, you know, someone could just give Natalie Portman the mic.

PHOTO GALLERY
The Oscars In 1998 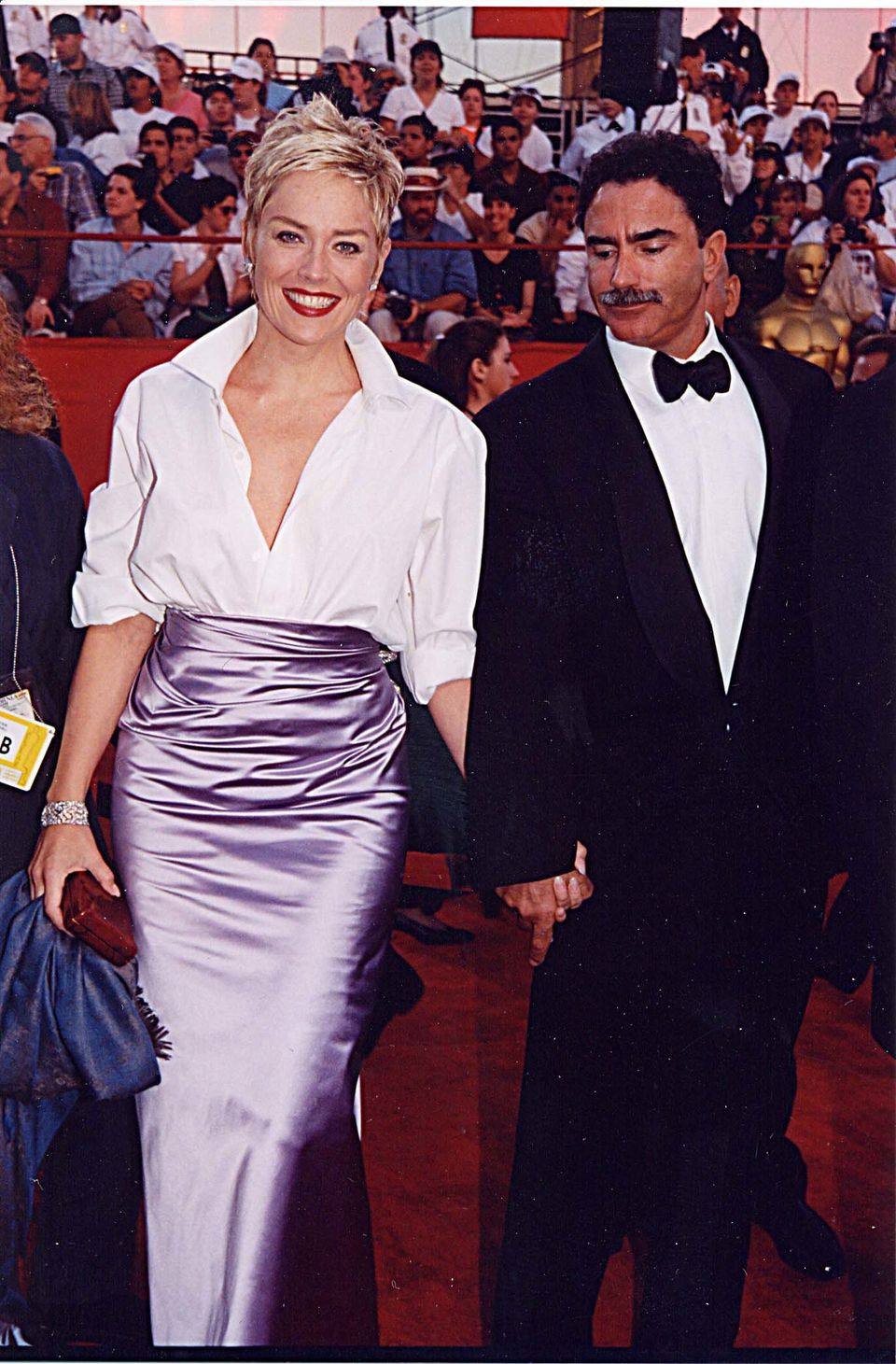