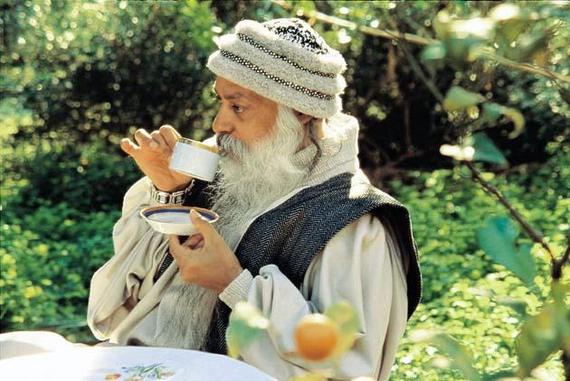 Osho is the most dynamic masters in the history of modern spirituality. He had inside out knowledge of spiritual science and process of connecting with the masters. His works that can be found in the books, videos and internet depict that he had mastered all the paths that have ever been followed by those seeking self-realization. Osho's work are one of the best for the seekers of enlightenment or God-realization who can't relate to religions like Hinduism, Jainism, Islam or Buddhism.

Today, his guided meditation system and sutras to attain the absolute are available across the camps and resorts established under his name by his disciples.

Consciousness is the basis of everything we are. Without the presence of consciousness, we are mere corpses devoid of any power, beauty, truth or life. Shiva, Rama, Christ and Allah are nothing but different names of this same consciousness that abides in everything that exists. Without it, nothing can be.

Each of us are this pure energy/Shiva that is entangled with different modes of material nature. Basis of all the good things is this energy/consciousness. Those who are not connected with this source remain bound like the stone, unable to express their true nature which is infinite beauty, infinite power, limitless love and all other things that people seek.

Matter is activated by this energy which is otherwise just a corpse. Scientists can invent all kind of things and do all kinds of magic, but no one can make this energy which goes by different names like Spirit, soul and different names of God. This absolute cause which pervades everything in the universe which is that component smaller than the smaller, bigger than the biggest, unthinkable, unknowable truth called Vishnu by Vaishnavas, Shiva by Shaivites, Christ by Christians and Allah by Moslems.

Guided meditation techniques are the processes that help one connect with this source without which even the most powerful and intelligent being/creation can't move. Even if a person comes in touch with this self that exists within us once in his lifetime, he becomes qualified for the moksha/liberation that Hindoos fight so hard for. Different religions and rituals are just the methods created by highly qualified masters to bring us in touch with this Self. One devoid of religion slowly loses this power through the decay of his body by karmic effects and finally dies or is killed by different agents of the cosmos like the government forces who are just representatives of Ishwara.

One who hates this self within or without which is as alive as the moving air, flowing river which is source of everything, cause of all causes is thrown into deluded wombs in the family of demons or low-class animals. Those who seek wisdom and self-knowledge rise slowly through many life times travelling in different wombs of animals, plants and humans into house of pious or prosperous or house of yogis thereby working towards final salvation and freedom from the cycle of repeated births and deaths.

Life work can become a source of bondage or liberation. Works or duties carried out without any expectations or as a service lead to dawn of self-knowledge and liberation while actions performed for personal goals create greater bondage and harm in the long run. Without activities, body maintenance is not possible while even small scale activity like drinking water for own pleasure causes bondage of jiva. Sages are very cautious thus to perform every action in the spirit of yagya/sacrifice to the limitless Ishwara thus remaining pure from the chains of births and deaths.

One can purify himself by performing their regular duties and work without any expectations or in the spirit of sacrifice. Self-within can be perceived in the process of this purification. Works done by people of pure conscience are far superior than those by deluded people. Mind in touch with Ishwara is steady at all times while minds of people seeking pleasure and material things loses its stability thus destroying themselves. People following the tenets of religions are far calmer and stable than people without religion.

At an advanced stage of God realization, individuals can drop all religions as he is established in his own self and knows exactly what is to be done or not done. This is the ultimate stage of self-realization called Brahmee or super-conscious state that one is no longer separate from the absolute. Shiva, Rama, Christ, Krishna and other avatars are individuals united with the absolute which is our original position. There's nothing better than coming in contact with our original self daily while performing our worldly duties in the spiritual frame of mind.