D for Delightful: Domodossola is where Alpine grandeur meets an Italian sense of proportion.

In Italy, Domodossola is mainly known for two things: secondly, as a hub for north-bound rail traffic (it is the first Italian town of note you will reach coming from Zurich, Geneva and Lyon), but above all as the stand-in for "D" in the national version of the phonetic alphabet.

The Italian equivalent of Alpha Bravo Charlie is entirely made up of names of towns and cities, so it is no mean feat for a town as small as this (Domodossola has roughly 20,000 inhabitants) to be included. It is also, as we found out, a source of considerable local pride - which can surprise you only if you never lived in a small town yourself.

But here is something else we found out: There is a great deal more that Domodossola - nestled into a valley at the foot of the Italian Alps north of Milan and the Lago Maggiore - could and should be proud of.

The town's architecture, for example, which displays a unique and fascinating blend of Italian and Swiss influences ... 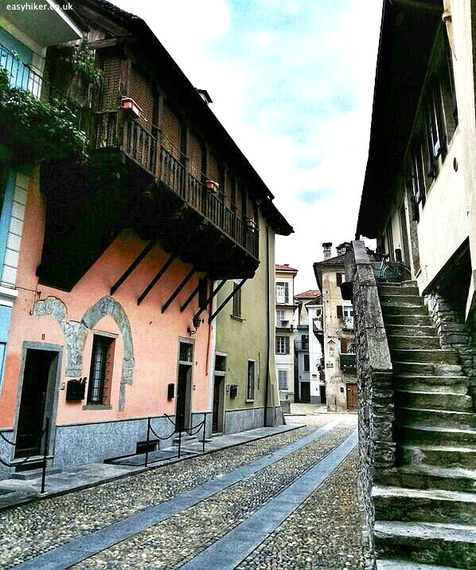 ... and one of the nine Sacri Monti of Piedmont and Lombardy, which have been on the UNESCO list of World Heritage sites since 2003. 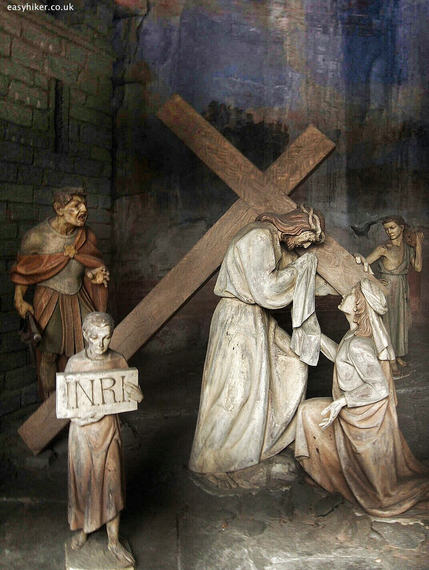 Sacri Monti were essentially an invention of the counter-reformation period when Catholicism, rather than meeting (and fighting) Protestant austerity on its own turf, opted to give the punters a vivid, blood-and-passion sensual experience.

On these sacred mountains, life-size sculptures are laid out in chapels along a devotional path, re-enacting the stations of the cross and leading the faithful mournfully up the hill from the adagio of the early stages of Christ's passion to the crescendo of crucifixion, deposition and resurrection. 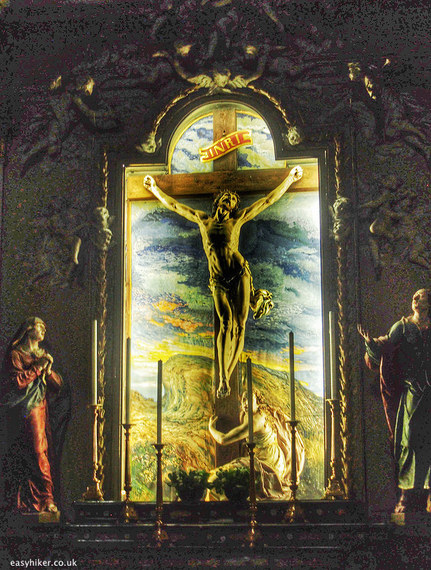 First and foremost, however, it's the Alpine surroundings that give Domodossola its special flavour. The landscape of the Ossola valley may not provide a scenery as dramatic as the cliffs and canyons of the Dolomites, but while the slopes in this area are green rather than rocky, they are also inviting and welcoming rather than forbidding. Over here, the Alps take on a human scale. 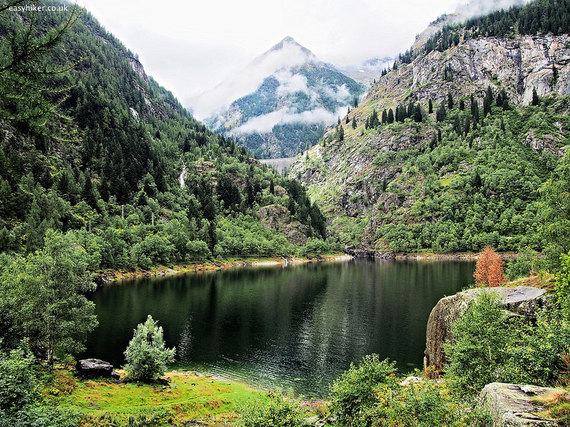 The highlands in this part of the world have also, through the centuries, been far less hostile to human habitation and trade. Humans have lived high up the mountains for centuries - in fact, more so in the past than in the present when many of the highland villages only come alive in the summer (Riale at the northern tip of the valley nowadays has a permanent population of zero) ... 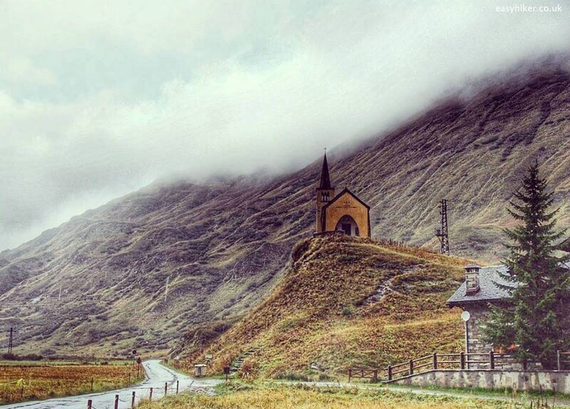 ... while in the autumn, the seasonal "driving down" of the summer guests from the mountain pastures into the valleys begins. This is a modern-day version of the "transhumance" tradition of old, albeit without red ribbons and the ear-shattering symphony of cow bells.

These summertime visitors are mainly attracted by the beauty of the area's many lakes, which sparkle like gems in their Alpine settings ... 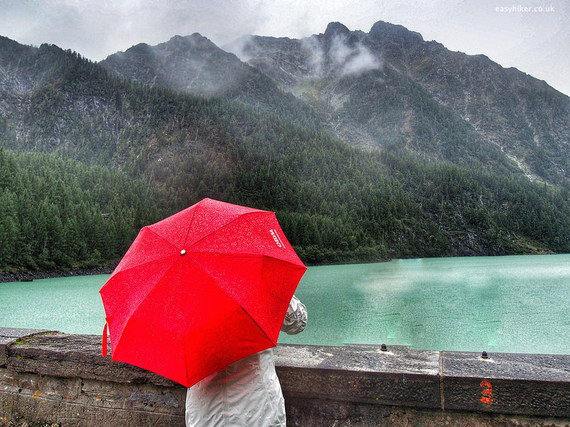 ... and by the other ways in which water has shaped the Ossola valley's landscape through the ages. 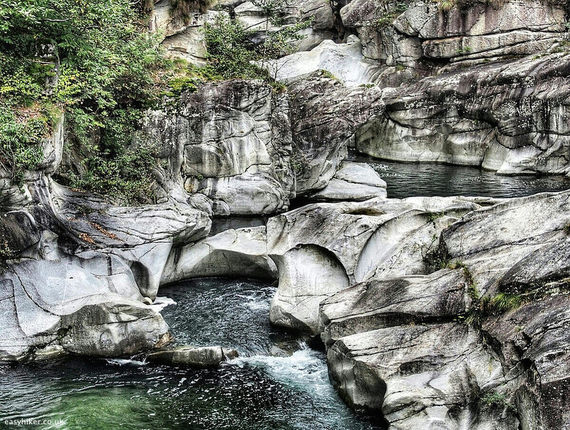 But finally, no report from the area would be complete without a word about the Viganella mirror. 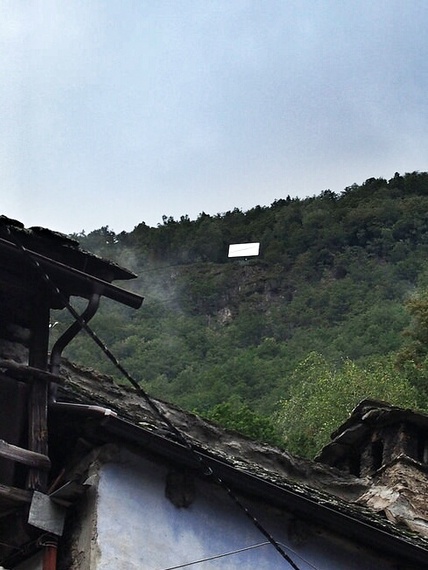 You may remember having read about this in your paper. In 2006, the Mayor of Viganella decided to have a mirror installed on the mountains above his town to reflect light on to the main village square which receives no direct sunlight between November and February. 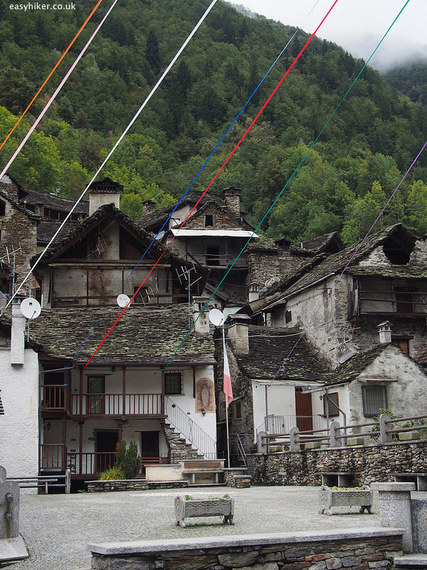 This idea has provided Viganella with sunlight, but also with the glare of global publicity. Its inhabitants seem to be in two minds about the whole thing. How, they wonder, do they come across in the many articles about lo specchio - as ingenious mountain folk or as scurrilous hicks? Should the mirror be a source of local pride - or quietly ignored?

The issue is still hotly disputed in Viganella - which can surprise you only if you never lived in a village yourself. But visitors are well advised to let the locals settle this debate among themselves - there is far too much to discover in the Ossola valley to get involved.

Read more about the Ossola Valley, particularly the city of Domodossola in the blog Easy Hiker.

More:
travelItalyAlpshiking
Newsletter Sign Up
An essential daily guide to achieving the good life
Subscribe to our lifestyle email.
Successfully Subscribed!
Realness delivered to your inbox