If you've felt nerd rage in the air, you're not crazy. George Lucas, on the other hand, may in fact be, according to the very nerds outraged that he's tampering with the original "Star Wars" trilogy for the third time since they were released.

For instance, Lucasfilm confirmed to The New York Times that passed-around footage of Darth Vader shouting "NOOOOOOOOOOOOOO!" while heaving Emperor Palpatine into a shaft at the end of "Return of the Jedi" is an authentic clip from the upcoming Blu-Ray release, which will see updated versions of all six "Star Wars" films as well as hundreds of hours of bonus footage.

"Star Wars" fans have made no secret of their displeasure in how Lucas has chosen to adjust the storied sci-fi franchise. For grievances such as Greedo shooting first at Han Solo, to Hayden Christensen appearing at the end of "Return of the Jedi," resentment of George Lucas has been almost synonymous with being a fan of the original "Star Wars" trilogy. The backlash even inspired a well-received documentary last year.

As these changes seem to take away from the original movies rather than add to them, we came up with a few suggestions for George to implement the next time he (inevitably) puts the films under the knife again.

WATCH: The updated "Return of the Jedi" footage. 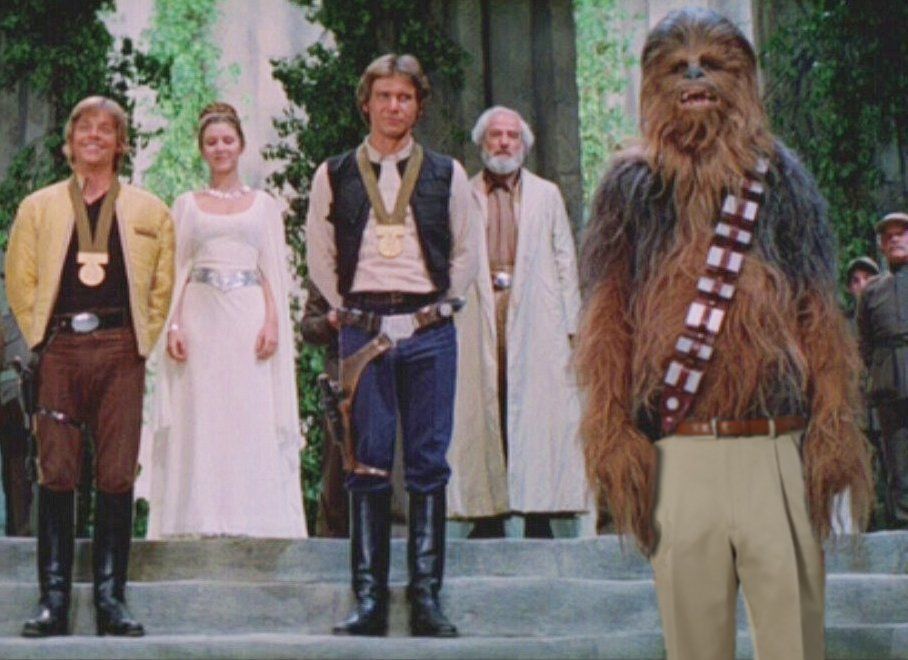