Think your last dental check-up was bad? Pity poor Otzi. The mummified iceman had very severe tooth and gum trouble, according to a new study by researchers at the University of Zurich's Centre for Evolutionary Medicine.

Otzi, a well-preserved 5,300-year-old mummy, was discovered in 1991 in the Otztal Alps, near the border between Austria and Italy. His teeth had never been systematically examined before. But now that researchers have taken a close look, they were surprised to uncover periodontal disease, tooth decay, severe abrasion, and dental trauma.

In a nutshell: “He had everything," study co-author Frank Rühli, head of the Swiss Mummy Project at the University of Zurich, told Discovery News. 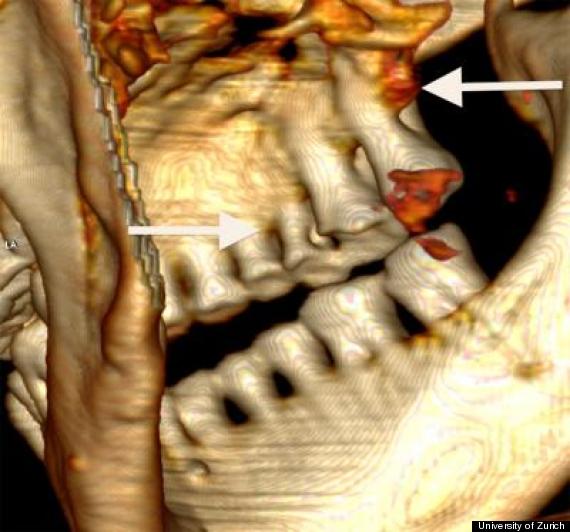 The researchers analyzed CT scans to identify Otzi's various ailments. Along with shedding light on the overall dental health of the iceman, these new findings could hold clues to the evolutionary history of oral conditions.

"The loss of the periodontium has always been a very common disease, as the discovery of Stone Age skulls and the examination of Egyptian mummies has shown," study co-author Roger Seiler, a dentist at the University of Zurich, said in a written statement. "Otzi allows us an especially good insight into such an early stage of this disease."

The study was published in the April 2013 issue of European Journal of Oral Sciences.