This is a true story. A few weeks ago, I was asked to share my views with the editor of a popular blog platform on the "unwanted effects of divorce" and "how people can pick up what's left of their lives and move on." 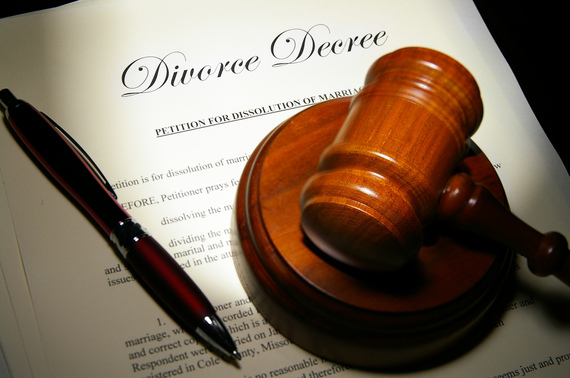 After browsing the web for a few hours, I decided to step outside to do a bit of work around the house, but mainly, to digest what my main findings were. This is something I do on a regular basis, not the manual work (trust me on this...) but just the habit of getting away from my desk after a while to let my brain do the processing.

As I was weeding out our driveway, the UPS truck showed up with a delivery. We order a lot of stuff online so this was not unusual, however, what unfolded after really was one of those "omen" moments. Through the years, I had seen that UPS driver dozens of times in our neighborhood and pulling in front of our house. Aside from the customary nods or "thank you's," him and I had never engaged in a real conversation. That particular afternoon though, after I had buried my head in all sorts of divorce data, out of the blue my "new friend" started to share with me "how his wife of 30+ years" had recently left him! According to his version of things -I never got to hear the other party- this was something he had never seen coming, and thus, was completely devastated...

It is a situation a lot more common than most people think. A study published by the National Center for Biotechnology Information, correlates that about two thirds of divorces in the United States are initiated by women. Many other studies in the U.K. show percentages as high as 72% for a "female initiated divorce." Of course experts have examined all kinds of gendered, cultural and societal data to try to explain their findings, but the fact remains: many men find themselves facing an unwanted divorce or separation.

Apart from encouraging him and wishing him all the best, I didn't do any coaching with the Delivery Man that afternoon. He had a route to cater to and I had to continue to battle the weeds infestation... But I have worked with a good bunch of men who fit his profile. You want to know what they have in common? Aside from the obvious pain that they all partake, the unifying thread I found with most of them is one that still baffles me whenever they share it with me: THEY DIDN'T SEE IT COMING! And they say this with convincing emotions! They had no clue the relationship was in jeopardy so this divorce/separation "thing" came in as a total surprise.

So the question is:
Are divorces or separations more difficult for a man or for a woman? 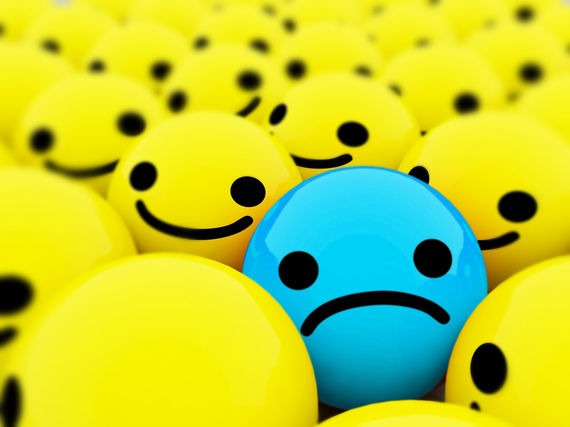 No it's not. We strongly believe the pain is not limited to, or more intense for a specific gender. However, what we agree with is that "the unwanted effects of divorce/separation" and "how people can pick up what's left of their lives and move on," depends heavily on how one can muster the courage to look at oneself with the utmost honesty.

Those are the most important ingredients to overcome such situations: Courage and Honesty. You'll find them, over and over again, in our:
3-Course Meal Separation Recovery Recipe.

1st Course: Denial Is Only Denying You
Whether you are a man or a woman, you need to read this carefully if you're amongst the "I DIDN'T SEE IT COMING GUYS..."
Maybe you heard him or her saying on the way out "It's not you...It's me." And you bought that. So perhaps you've been repeating to your pals and to yourself:
"We had it all! We had the perfect relationship!"
You did not. Because He or She left! There were clues. There's always "writing on the wall." Bottom line is this: you lived in denial.

Deep down, you knew and you know something was off. But you chose to look the other way. You chose to deny it, and because you did, now you still make the same decision to carry on with it. You keep on saying, "I DIDN'T SEE IT COMING." Stop the denial. The time has come for you to look at your own behavior in that relationship and take responsibility. It's about owning and understanding your behavior. Look back at the clues and ask yourself "What could I have done to prevent this?" Here's a starting hint: ADDRESSING a situation will ALWAYS improve your outcome rather than IGNORING it. Denial is only Denying You.

2nd Course: Stop The Blaming Game
We find that too many of us get stuck in our past. We play what we call the blaming game. We're very good at blaming ourselves and blaming the others or the circumstances for what happened in our lives. What is key to understand is, that THIS IS NOT ABOUT the OTHER or the CIRCUMSTANCES, THIS IS ABOUT US, so it means taking responsibility for our results.

In order to move ahead with our lives, at one point we need to learn to forgive ourselves or the other for whatever happened. It's certainly not an easy thing to do. It's sometimes really hard, but understand that forgiveness does not mean that what the person did is not wrong, or that we have to transform our Ex into your BFF and start hanging out together all the time! Although that could be a wonderful thing... What it means is, when we take responsibility and we forgive ourselves first, we are in fact giving ourselves permission to move forward. Forgiveness is our Free Pass to Love! Stop the Blaming Game.

3rd Course: Let Go And Let God
You heard that one before and although we can't take the credit for it, this is one we use not only in our coaching but in our personal lives as well. Whether we like it or not, there are things in this life that are totally out of our control, things that we just don't understand. Maybe you did have the "perfect deal" with your now ex-mate. Perhaps there is nothing you could have done to prevent the breakup. Why don't you turn to God and let Him carry the load?

Our experience has been that when we do, when we accept that we're only human and that we need Divine Intervention, with time not only does it lead us to a place of peacefulness, it also gives us the responses we just could not see before, and, it shows us why we had to live through certain things. We hope it can be the same for you.
Let Go and Let God.

* * * * * *
Acclaimed Relationship Coaches, Authors and Bloggers Diane and Mario Cloutier have each experienced real-life relationship sorrows of breakups and divorces before finally attracting the blissful relationship each of them were longing for. They became romantically involved in 1998 and married in 2001. Together, they are the proud parents of three millennials.
Their new book, Relovenship® -Look Within to Love Again! (Xclamat!on Media, 2015) gives inspiration, hope and a step-by-step methodology to people who have had romantic disappointments and are still looking to find "the one." Mario and Diane are now constantly traveling across the United Sates and Canada to spread their message: that it is possible to "live happily... EVEN after!" For booking inquiries or to learn more about them and their upcoming events, go to ReLovenship.com.