Almost no one has Ondine’s Curse. It is an incredibly rare genetic disorder.

Leo was born one of the unlucky few, and his doctors expected the worst.

“They presented it in such a severe way, like he has no chance for a normal life at all,” his father Tomasz Śliwiński told The Huffington Post. “They said we needed to prepare to give up our professional lives completely, and just focus on the child. They were telling us so many bad things. It's amazing we didn't give up in that moment.”

For children like Leo, breathing doesn’t just happen. It is more of a conscious act. If Leo falls asleep, and he is not connected to a large ventilator, he will simply die. During the day, breathing requires concentration. If he’s distracted by something outside his window, or by the television, his breathing may weaken dangerously.

“If he concentrates on something too much, it's a moment when we have to exercise extreme caution and be ready to plug into the ventilator machine,” Śliwiński said. 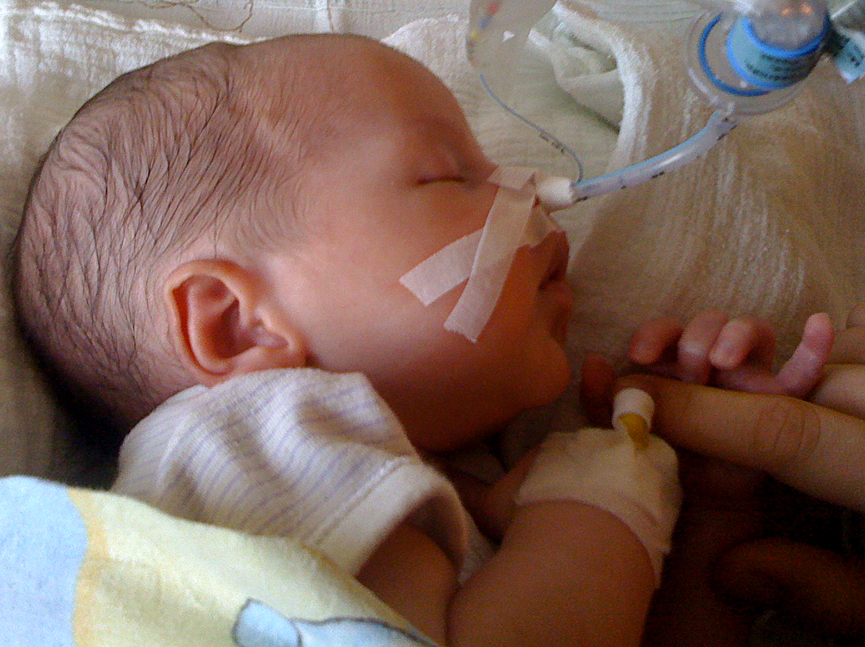 Leo in his first year. Photo via Leoblog.

When Leo was born, a friend of Śliwiński’s suggested he start documenting the experience as a form of therapy. Śliwiński was in film school at the time; his wife Magda Hueckel is a professional photographer.

“We really felt like somehow our life had ended. The filming itself helped us to go through this process,” Śliwiński said. “Rather than falling into depression and thinking, ‘What has happened to us?’ we put this energy into something creative.”

Four years later, the footage captured during the first six months of Leo’s life has become an acclaimed Oscar-nominated short documentary, titled “Our Curse.” And Leo, who just entered kindergarten, will get to watch the festivities from home in Poland.

If you’d like to help, visit the National Organization for Rare Disorders or the CCHS Family Network.

When Śliwiński and his wife started filming, they had no idea whether they’d ever show the footage to anyone.

Mostly they sat on their couch and talked late into the night. Whether Leo would survive was still in doubt. They were terrified that his ventilator alarm would go off and they wouldn’t hear it.

“It was the hardest thing at the beginning to understand that Leo is living on the verge, he is balancing between life and death,” Śliwiński said. “We had to somehow accept this in our heads, and accept the moment and try to be happy with the moment as it is, and not go too much in the future.”

Days turned into weeks turned into months. Leo was stabilizing. Gradually, Śliwiński and Hueckel began to adapt to their new life. And one night, they realized the time for filming was over.

“I remember we had this conversation on the couch that we'd usually have in the evening, and we noticed that we'd started repeating ourselves,” Śliwiński recalled. “We had finished the whole process of accepting the thing and now it was time to live just as normally as possible. So it felt really natural to stop recording.” 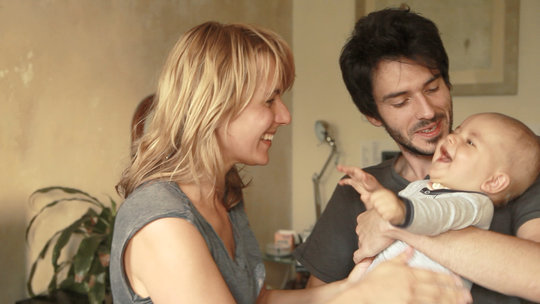 Leo in his first year. Photo via Leoblog.

Months later, a new challenge: editing the film forced Śliwiński to relive the experience. “I remember smoking so many cigarettes during that time,” he laughed. “I had to go back through all those moments, and yet also somehow detach myself emotionally from the whole process. I had to treat it like a film with a character that just happened to be me.”

He ended up asking two colleagues to help trim his first cut. “I was so emotional with some scenes that were not important to the story. I just personally didn't have the guts to remove them, because I remembered all of the emotions in those scenes.”

Last month, on the day the Academy Award nominees were announced, he gathered with the teams behind two other Polish films that had also been short-listed for Oscar nominations.

The news came in celebratory waves, and by the end, all three Polish films had been nominated. “Everyone was shouting and happy,” Śliwiński said. “It was so totally amazing. A day I won't forget for a very long time.” 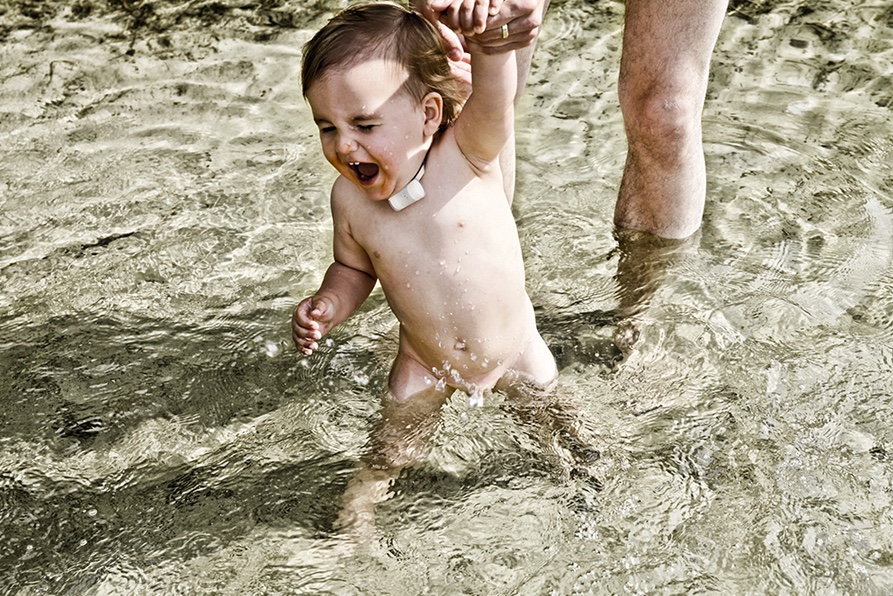 Leo in his second year. Photo via Leoblog.

LIFE IN THE MOMENT

Leo’s disorder still requires constant monitoring, complex logistical planning. If his parents aren’t with him, nurses (whose salaries are not covered by insurance) must be on call, including all day at school.

“You see what other children can do but your son cannot do. It is hard to see how differently it could have been.”

Yet none of these challenges overshadow what Śliwiński says is the universal message of his film: even the worst moments of your life can turn into something positive after all.

“I must say, we are really happy now,” he says. “It’s the most remarkable thing. Of course I would do anything for Leo to be cured. But somehow we managed to find a balance, and this became a very enriching experience. It shifted our perspective totally. We stopped worrying about useless things. We started appreciating what's really important.” 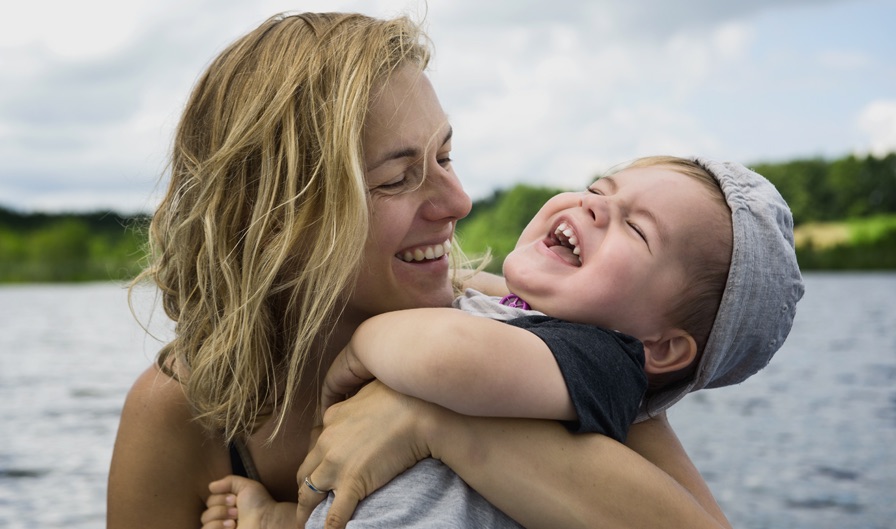 Leo in his third year. Photo via Leoblog.

Through their web site, Leo’s parents are raising funds for a surgery to implant a breathing pacer, so Leo won't be dependent on his tracheotomy.

They are considering adding to their family. “We think it would be very good for Leo to have a little brother or sister.” And most amazing, Śliwiński says, has been meeting adults with Ondine’s Curse while he’s traveled to promote his film. “They function totally normally, they finished university, they have families. It shows there’s a great chance Leo can live a life with almost no limitations.”

If you’d like to help, visit the National Organization for Rare Disorders or the CCHS Family Network. 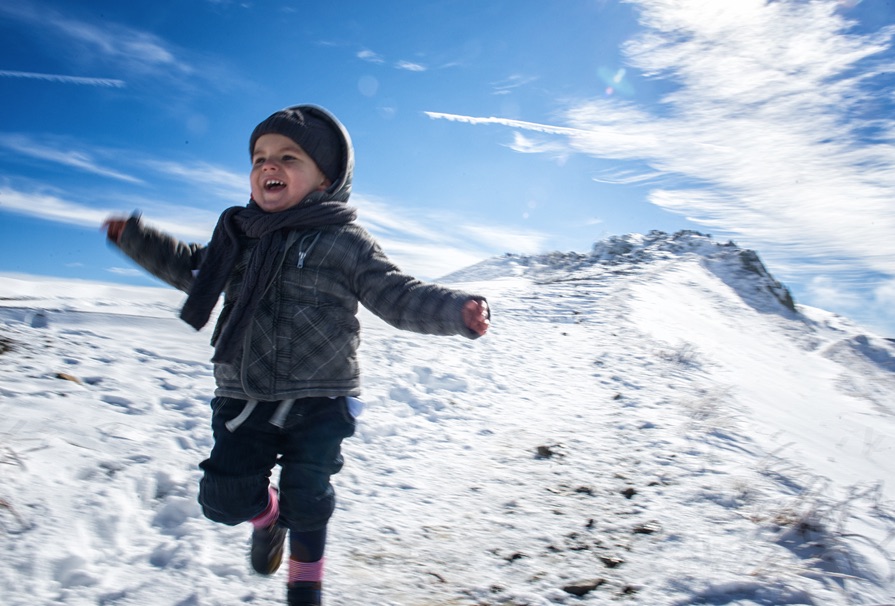 Leo in his third year. Photo via Leoblog.

Here's more from Sophia:
- He Asked 1500+ Elders For Advice On Living And Loving. Here's What They Told Him.
- Life Tips From The Ph.D. Who's Discovering How Meditation Changes Your Brain
- Watching Rainn Wilson Talk About Happiness Will Make You Happier