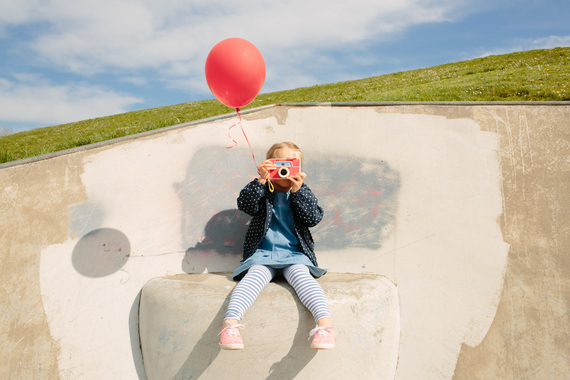 Yesterday, my daughter told me she thought she would like to be president someday. So we talked about her idea and her future, just like we did when she told me she wanted to be an artist or a mom or a firefighter-princess. (Yes, that's a firefighter who is also a princess. She dreams big.)

You see, my daughter is turning five this week, which means she's at that magical age where she believes her future is bold and bright. Yes, her world is full of fantasy but it's also full of possibility because her dreams for her future and her view of herself are not yet tainted with limiting beliefs.

I hope they never will be.

But, in reality, I know that could change because most of us have a set of limiting beliefs that are holding us back. And whether we picked them up from other people or are imposing them on ourselves, those limiting beliefs prevent us from dreaming big, from believing in ourselves and from pursing our purpose in life.

Who do you think you are?

You're not smart enough.

You're not good enough.

What would everyone think?

When you buy into those limiting beliefs, they'll fill you with fear and doubt and stop you dead in your tracks. They will prevent you from living life to its fullest. And they will rob you of the chance to create the life you really want for yourself, both as a mother and as a woman making an impact in the world.

It's time to address those limiting beliefs head-on. So sometime today, I want you to set a timer for 5 minutes and make a list of your limiting beliefs. Big, small, serious, silly or seemingly insignificant, get them down on paper. Then take a look at the list you've made and ask yourself:

Are these thoughts and judgments I have about myself really true?

If they aren't true, why am I choosing to believe them?

What would it feel like to let these beliefs go?

What would be possible for me if I stopped buying into these beliefs?

I can't promise you that you'll answer these questions and immediately gain admission to a fantasy land where firefighter-princesses exist. But I can promise you that a world of possibilities and opportunities will open up when you become aware of your limiting beliefs and do the work to let them go.

Coach for Creatives and Service Based Business Owners