In October 1939, I was 12-years-old. My parents, my six-year-old brother, and I sat in the basement of our Paris apartment with gas masks on every night as the sirens screeched that German planes were overhead. We fear they will drop mustard gas, which we were told has no odor and is invisible. My brother kept taking his mask off -- it was difficult to breathe with it, one had to make an effort to aspirate, my brother could not do it, and my mother worried he would die if we are unknowingly gassed.

After several weeks of this nightmare, my father said that even though the French would win the war -- after all we had the Maginot Line with the canons at the border facing Germany -- we should leave.

We packed a few belongings, knowing we would be back shortly, and were lucky to get on board the last boat out of Genoa in Italy. The MS Saturnia took 10 days to New York. It was not a happy crossing, mostly grim, anxious passengers fleeing the war.

I had a red sty on my eyelid; we were told that American immigration would not allow anyone into the country with an infection. My mother kept worriedly powdering my sty.

Seeing the Statue of Liberty as we were approaching New York Harbor was indeed an amazingly awesome sight. It held a promise of freedom; it was welcoming us.

We land and were taken to Ellis Island. None of us spoke English, and it was scary. We slept in a large room with a hundred cots on black-and-white-tile floors. We were counted going in and out of the dining room. When I visited Ellis Island a few years ago, I recognized the same tiles.

After a few mind-numbing days of anxiety, we appeared in front of three judges. We were asked questions through a translator. Whenever I was asked something, I curtsied and said, "Oui, monsieur." When we were allowed to stay in America, I was convinced it was because of my curtsies.

My mother had a sister in New York, Aunt Nina, who owned a small flower shop. She had arranged for us to stay at the Esplanade Hotel on Riverside Drive. The two-bedroom apartment had one bathroom and a kitchenette. My mother had never cooked. Shopping for food was daunting, trying to figure out what things cost meant not only translating francs into dollars but going from our familiar metric system to mind-boggling pounds and ounces.

My brother and I were sent to the Dalton School and took the school bus every morning, my brother in white shorts, knee socks, and a bobby pin in his hair, and I in a smocked dress, knee socks (not popular at the time) and a large taffeta bow on top of my head. Every morning my mother would dip a round wooden stick in water, twist a lock of my red hair around it, and pull it into a perfect curl. It hurt, but my mother said that one must suffer to be beautiful.

Both my brother and I were made fun of at school. He cried every morning on the bus. These early months before we could speak any English are a painful blur.

My father spent his days glued to the radio, listening to the French-language broadcasts for news of the war. My mother cried a lot. Finally, my father said he wanted to return to France. After all, we had the Maginot Line. My mother agreed, but suggested we see California first.

So in the spring of 1940, we took the train to Los Angeles. The trip took three days and had a four-hour layover in Chicago where we changed trains. The movie house in the station was showing the Grapes of Wrath. Upon leaving, we asked the usher when the story was supposed to have taken place. She said, "Now." This made us hesitate about continuing our trip, but we did, and of course California wasn't like the movie depicted; Los Angeles was a great, bustling city.

Our First Months In America
7 Hot Travel Trends For Boomers 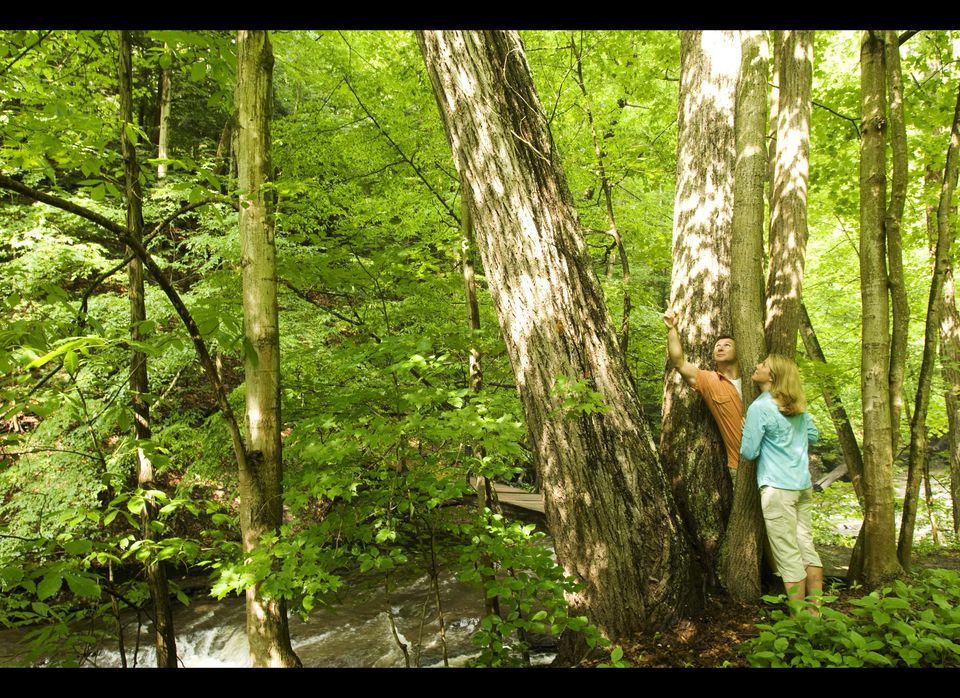