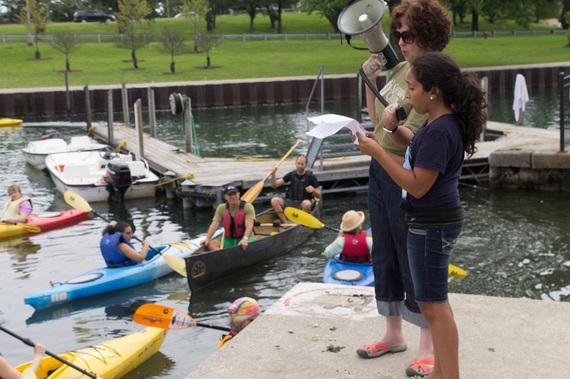 Last week, President Obama made a terribly risky decision for the Arctic. His administration cleared the final hurdle that allows for drilling into oil-bearing zones in the Arctic Ocean, approving one of Shell Oil's modified drilling permits for the Chukchi Sea. That decision puts the fate of the fragile Arctic Ocean, and a piece of our climate future, in the hands of Shell - a company with a track record of stumbles and mishaps in the Arctic that hardly inspires confidence.

To put this decision into context, it's important to understand the climate legacy President Obama has sought to put into place for himself. Obama's climate policy was born of a commitment to acting on climate change for the sake of future generations, a commitment seemingly at odds with green-lighting the drilling for and burning of the billions of barrels of oil currently locked up beneath the Chukchi Sea.

Just last month, in more than 20 events across 15 states, citizens across the country banded together in a nationwide protest calling on President Obama to stop Shell - or any other oil company - from drilling in the Arctic Ocean. And one of the most compelling voices from that day of action came from the "future generations" that President Obama is seeking to protect - our kids and grandkids, who will bear the brunt of climate change should we continue down our current road of fossil fuel dependence.

Bella Parra, all of 11 years old, stood among her peers a stone's throw away from Lake Michigan in Chicago - President Obama's hometown - and spoke out about Arctic drilling:

Hi, my name is Bella Parra, daughter of Barbara Klipp, and I (like all of you) strongly dislike Shell's plans for our future! When my mom told me that Shell was planning to drill in the Arctic, I got so mad. Two times I went to Washington, D.C., for Alaska Wilderness Week and I learned so much about Alaska and wildlife. We learned about indigenous people, caribou, polar bears, and all kinds of ocean animals like whales and lots more. I probably learned more there than I learn in school. I thought of what could happen to the wildlife that's been there for ages.

When I was in third grade, I had to do a report on an animal, and I chose the polar bear. Not because of the environmental facts, but because it reminded me of my dog. The more and more research I did, the more I realized how much trouble they are in. And global warming is a big problem today too.

In my research I found out that polar bears usually have twins or triplets. I asked Siri the definition of empathy and she said "understanding and comprehending another's feelings." Close your eyes and imagine you have twins or triplets to watch. As you swim, you try to find land or ice to rest on so you don't drown. Can you picture that? Drilling by the Arctic? And guess who has made this "dream"...I mean nightmare...possible? Shell! Do you want another oil spill? No! Do we want our special endangered animals to get covered in oil like in the Gulf? No!!!

One of my favorite songs is "What a Wonderful World." Out of my window, our world looks great. But will we be able to think that if Shell drills in the Arctic and another spill happens?

Stop Shell now while we still can. The world may depend on it!

As Bella said, we can't ignore the signs of climate change in the Arctic, or the impacts that an Arctic drilling program will have on our nation's climate future. Iconic species like walrus, polar bears and bowhead whales are already being impacted by the disappearance of Arctic ice and other long term impacts from climate change, and now will be subjected to disturbances from Shell's drilling program as well.

Whatever happens this summer, the world will be watching. Millions of Americans have come forward to save the Arctic from both climate disaster and the potential for devastating spills -- but this fight is just beginning.

Five years on from the Deepwater Horizon oil spill disaster, and wildlife in the Gulf of Mexico continues to suffer. Earlier this month, the National Climatic Data Center revealed 2015 to be breaking global temperature records. It's time to safeguard the Arctic and our nation's climate future - our children don't deserve to pay for our mistakes. 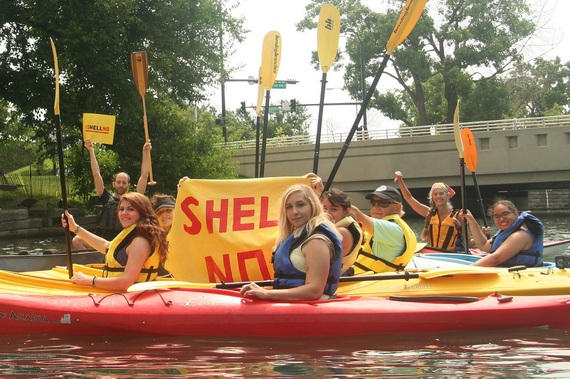