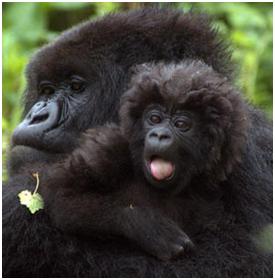 You may have heard the news that a recently published report has revealed that the deaths of two mountain gorillas in 2009 -- an adult female and a three-day old male -- have been attributed to pneumonia. While not news at first blush, what is striking about these deaths is what researchers in Professor Ian Lipkin's lab at Columbia University uncovered as the likely culprit: infections passed from humans to the gorillas.

With fewer than 780 mountain gorillas still remaining on the planet, the abrupt death of two of these noble creatures -- which are classified as critically endangered, the highest risk category assigned to the world's wild animals, has a measurable impact on the survival for the entire species. 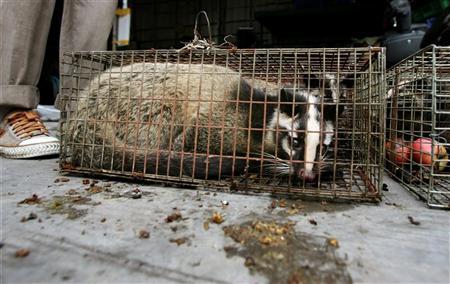 Often when respiratory outbreaks make news, it is because of fear that an animal virus has affected humans. And with good cause: influenza viruses circulate among birds, pigs, and other animals and then infect humans. Likewise, rabies, salmonella and SARS (remember the civet cats?) have all jumped from animals to humans and have caused serious illness.

The potential for disease transmission between humans and the endangered gorillas is of particular concern, not only because of gorilla tourism, but because the gorilla habitat is surrounded by a dense human population with some of the highest rates of pneumonia in the world.

The bacteria that caused the death of the adult female gorilla, Streptococcus pneumoniae (a.k.a. pneumococcus) is in fact the leading cause of pneumonia deaths in children around the world. In April 2009, recognizing that preventing pneumonia was important for its children, the Government of Rwanda (with support from the GAVI Alliance and a donation from the vaccine maker, Wyeth) became the first low-income African country to immunize all children with pneumococcal vaccines.

Also importantly, this investigation into the deaths of two mountain gorillas was far more detailed and intensive than the laboratory investigations that are undertaken for most patients with pneumonia anywhere in Africa. In most cases, when someone presents to a hospital or clinic in Africa, the doctors have to treat them without any laboratory information. In some hospitals, they take a blood specimen and try to culture a bacterium -- essentially the same technique used since Louis Pasteur and the dawn of modern medicine -- and then use that information for deciding which antibiotic to give.

The Columbia University researchers, on the other hand, used some of the most advanced detection methods available anywhere. Rather than just trying to identify one kind of germ like a virus or a bacterium, they used a method called Polymerase Chain Reaction that can detect many different kinds of infections in a single specimen. And because the technique detects nucleic acids -- that is, the A, C, T, and G codes of life -- it can identify germs even after the older tests would have missed them. In short, they were able to uncover many infections that might have ordinarily been missed.

Just as with the gorillas, we need more research to understand the causes of pneumonia in children and adults, which still takes the lives of more than 1.5 million people every year. That's why, with support from the Bill & Melinda Gates Foundation, our team at IVAC at Johns Hopkins is undertaking a project called PERCH (Pneumonia Etiology Research for Child Health) that will support rigorous investigations about the causes of pneumonia in seven developing countries -- including five in Africa -- using methods very similar to those used by Prof. Lipkin's team.

With the expanded use of life-saving interventions like the pneumococcal vaccine, we need to learn as much as possible about the remaining causes of severe pneumonia in children as we can. And we should do at least as much for them as we do for understanding the causes of pneumonia in gorillas.

In 1986 in Rwanda and again in 1994 in former Zaire, I had the privilege of visiting with habituated groups of mountain gorillas. I can honestly say that it was a near religious experience to be surrounded by them and to observe them in their natural environment. I would urge everyone to do all we can to help them survive.

As our closest living non-human relatives on the planet (we share 98 percent of our DNA) and a species on the verge of extinction, they are at exceptional risk, and they deserve special attention and protection. As the lab investigations from this outbreak show, researching and preventing pneumonia in humans might play an important part in survival for us, as well as these majestic creatures.