If you go out at night in a rural, unlit area, especially when the Moon is below the horizon, you cannot miss that band of hazy light that seems to be arcing across the sky. Neither did ancient civilizations miss this bright streak we now call the Milky Way, and they came up with a variety of imaginative, mythical explanations for it. Most North American Indians, for instance, regarded the Milky Way as the pathway that souls follow on their way to the other world. To many Australian Aboriginals, on the other hand, as well as to most people of Asia (e.g., in China, India, Japan, Korea, and north Siberia), the Milky Way was a river, a silvery, shining, celestial stream (in Sanskrit it is called "Ganges of the heavens"). On the other side of the globe, the Peruvian Inca also believed the Milky Way to be a great, heavenly river, from which the thunder god drew the water that he poured down as rain.

The phenomenon of different mythologies coming up with similar stories was not uncommon. In the lore of both the Finnic people (indigenous populations of Estonia and Finland) and the Baltic people (of Latvia and Lithuania), as well as in the Turkic and Tatar languages, the Milky Way is known as "the birds' road." This name apparently reflected the observation that migratory birds tend to use the Milky Way as a guide on their way north.

Where then did the name "Milky Way" come from? As with so many other concepts in the Western tradition, the first to associate the Milky Way with milk were the ancient Egyptians. The source of the milk was supposed to be the divine cow Bat, a deity later combined with the parallel cow-goddess Hathor. But the actual name "Milky Way" (in Greek, "Galaxias") was derived from Greek mythology ("milk" in Greek is "gala"). According to legend, Zeus allowed his infant son Herakles (born to a mortal woman) to breastfeed on the milk of Zeus' divine wife Hera, while the latter was asleep. Upon waking up, Hera tore her breast from the infant's lips, and the milk that spurted out formed the Milky Way (the event is beautifully depicted in Tintoretto's painting "The Origin of the Milky Way," Fig. 1). A similar story appears in Roman mythology, involving the goddess Opis' attempt to salvage her newborn son Jupiter from being swallowed by her husband Saturn. Even the Buryats of Siberia share somewhat similar legends. 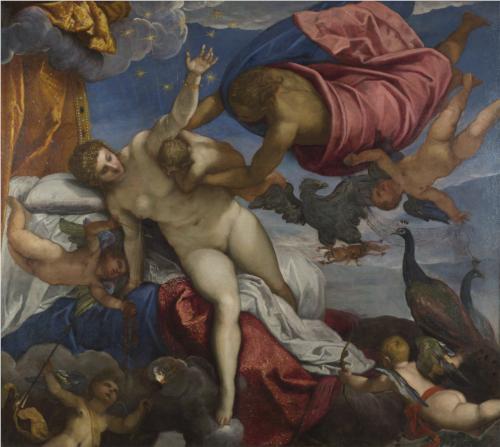 Figure 1. "The Origin of the Milky Way," by Jacopo Tintoretto (source)

The first to suggest (in the fifth century B.C.E.) that the Milky Way might consist of very distant stars were the Greek philosophers Anaxagoras and Democritus. While Aristotle was of a different opinion, Democritus' views were supported by observations in the sixth century by Olympiodorus the Younger, and later by a number of Arab and Persian astronomers (including al-Biruni, al-Jawziyya, and al-Din al-Tusi).

The actual proof that the Milky Way was a huge collection of stars came from none other than Galileo Galilei. When he turned his world-changing telescope to that patch of dim light that runs across the night sky, he almost couldn't believe his eyes. Like today's breaking up of a pixelated image, the seemingly smooth splash turned out to be, in Galileo's words, "[n]othing else than a congeries of innumerable stars distributed in clusters." And given that, as he noted, "to whatever region of it you direct your spyglass an immense number of stars immediately offer themselves to view," the true nature of the Milky Way had finally been revealed. Galileo therefore concluded that "all the disputes that for so many generations have vexed philosophers are destroyed by visible certainty, and we are liberated from worldly arguments."

At least some of Galileo's contemporaries reacted enthusiastically. Perhaps the Scottish poet Thomas Seggett expressed it best: "Columbus gave man lands to conquer by bloodshed, Galileo new worlds harmful to none. Which is better?"

Today we can marvel at such fantastic images of the center of the Milky Way as the one taken by all three of the great observatories: Hubble, Chandra, and Spitzer (Fig. 2). We've come a long way from the myths, and we're looking for others in the Galaxy who might have done the same. 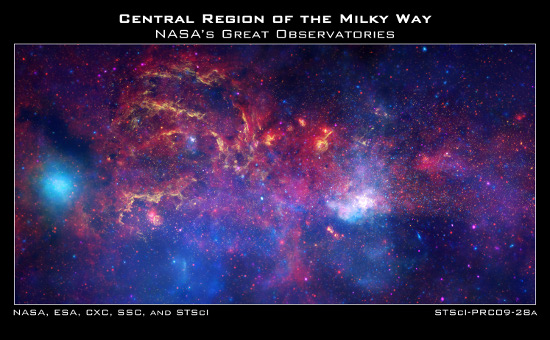