On October 3rd we mark the 50th anniversary of our current immigration policy. But be warned: Most of those who rightly remind us of this event -- with President Lyndon Johnson having signed this monumental Hart-Celler Immigration Law at the Statue of Liberty -- nonetheless misconstrue the act's legacy in ways that actually aid Donald Trump, the candidate whose immigration rhetoric most of them detest.

All of these commentators do correctly note that Hart-Celler abolished the discriminatory quotas that had severely restricted the entrance of people from Southern and Eastern Europe, and that had virtually excluded Asians, with this change opening the door for Asian immigration. And, yes, both Asian and Latin American immigration increased exponentially after 1965. But here's the rub: Hart-Celler nevertheless proved draconian for Mexican immigrants. This is a case of mistaking correlation with causation.

Although the 1965 act allotted the same percentage of slots to every sending region, imposing a very limited numerical quota meant that Mexican migration -- which predated the border itself -- was suddenly and permanently restricted. Except for a few loopholes (notably for immediate family members), and a temporary amnesty in the 1980s, the numerical quota has proven an insurmountable barrier for most Mexican immigrants.

Actually, the bill's sponsor and the Johnson White House anticipated such problems, which makes this misconstrued story even more tragic. Secretary of State Dean Rusk testified before Congress that a Western Hemisphere quota might trigger a rise in immigrant apprehensions that in turn would likely prompt protests from Latin American allies. And the bill's principal sponsor, Democratic Senator Philip Hart had originally drafted the legislation with no quota for countries in this hemisphere. From a border state -- Michigan -- Hart recognized that imposing the same numerical ceiling without regard to geographic proximity was foolhardy. 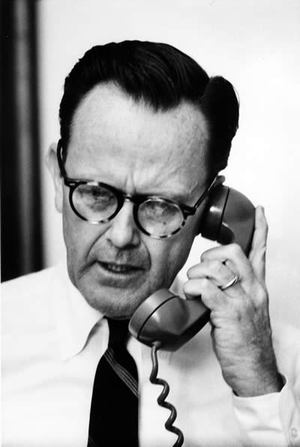 Senator Phil Hart (D-MI), lead sponsor of the 1965 immigration bill, who opposed inclusion of a new, limited numerical ceiling on the Western Hemisphere

Most of the bill's congressional backers, however, such as Rep. Peter Rodino of New Jersey, thought that applying percentages equally, worldwide, was eminently fair. "Equal" had a particular resonance for these reform-minded Democrats, who had just passed the Voting Rights Act, and with this immigration bill of course aimed at abolishing racist admissions criteria. Meantime conservative restrictionists, who adamantly opposed both bills -- such as powerful southern Democratic Senator Sam Ervin -- dismissed out of hand any call for a flexible policy with regard to Latin American immigrants.

The only telegrams that President Johnson received protesting the proposal came from two Mexican American civil rights groups. Given its lonely stance, and not willing to jeopardize the fate of the overall bill, the Johnson administration agreed to the formation of a committee to study the issue. If the group did not vote to scuttle the proposal within three years, at that point the Hart-Celler law would go into effect with the Western Hemisphere quota included. That is exactly what happened in July 1968. 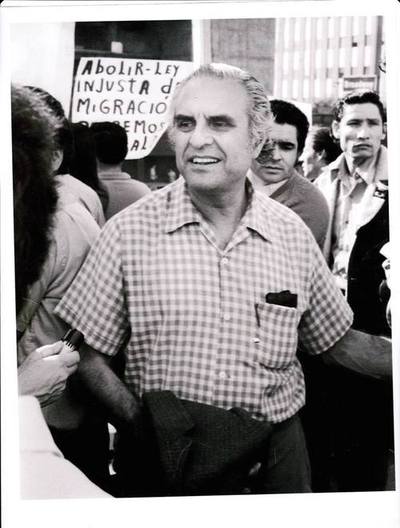 Labor/civil rights/immigration activist Bert Corona, who was among the first to decry the Western Hemisphere quota as wildly unworkable

Whereas before, Mexicans could easily migrate across the border, as they had been doing since the nineteenth century, now immigration from Mexico was restricted to twenty thousand people annually. But this was a ridiculous figure, given the previous levels of Mexican immigration; there was no way the quota could be enforced.

Meantime most pundits, and many prominent academics, assume that Hart-Celler somehow "opened the door" to Latin American immigration, even as Trump's fans say, "My relatives came legally; all I want is for those illegal Mexicans to do the same." We need to be smart when talking about immigration policy, or we play into the hands of the demagogues.