Every parent has a different experience and a different story to tell. Every parent, whether they have a special needs child or not, faces struggles and triumphs.

Every second, every minute, and every day is very different. There are some universal experiences we as parents share -- whether our children have autism or not -- and then there are things that even the most empathetic person cannot understand without having a child with autism.

Sometimes, it's an amazing journey.

At times, it's incredibly rewarding.

At times, it's a huge struggle.

On most days it's a healthy variation of all of these and more.

That said, meet one person with autism -- our son Evan. He was diagnosed a few days before he turned 2. He is now 9.

These photos were taken over the course of a day to show what living with autism looks like for us. 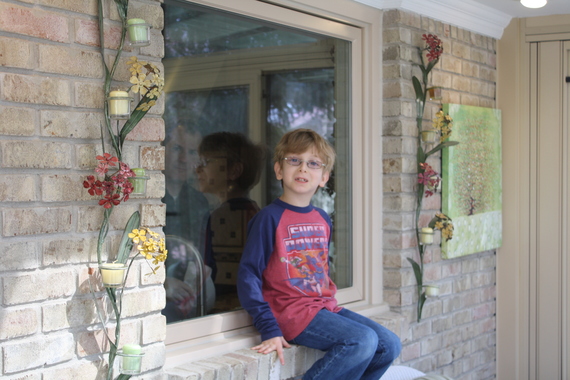 Evan loves to play and be silly. He likes swimming, gymnastics, singing, and watching videos on YouTube or playing video games. He also loves lightbulbs, subways, the color purple, and curly hair. He hates sirens, spiderwebs, and when lights are turned off (unless he is the one turning them off).

Like many children with autism, Evan has a hard time understanding social cues and needs to be taught how to initiate conversations. Without some coaching, every conversation would start with, "Do you have spiderwebs in your basement?" or, "What kind of lights do you have at your house?" 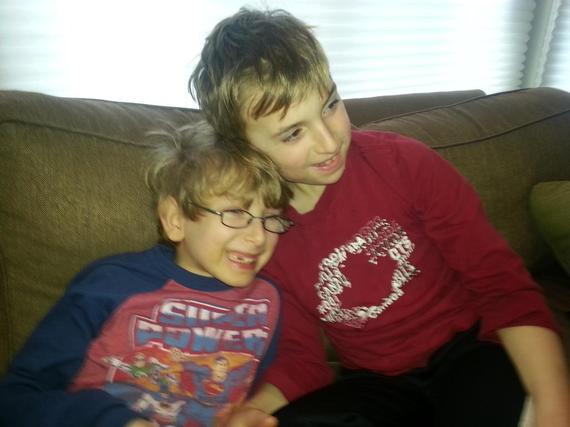 Evan and his brother Noah

Evan and Noah are just 15 months apart. Yes, they annoy each other a lot, but they also like to spend time together. Here they are watching TV and unaware of the camera. Evan spent the first half of his life mostly oblivious to those who loved him. Now he is happiest when he's with family or friends. 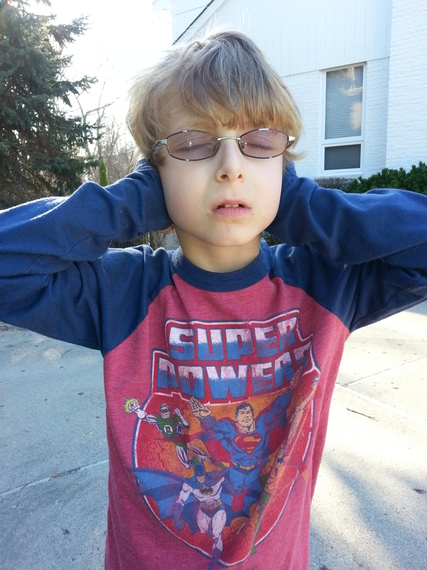 Many individuals on the autism spectrum have sensory processing issues. This means that a person can be extremely sensitive to sights, sounds, smells, or textures. Evan hates the sound of sirens. Unfortunately, he hears them frequently. When he was younger, the sound of a siren (no matter how faint) would send him into an all-out tantrum that took hours to recover from. Now, a siren makes him angry and agitated until it stops. Sometimes he is able to cover his ears until it stops without any other negative behaviors. 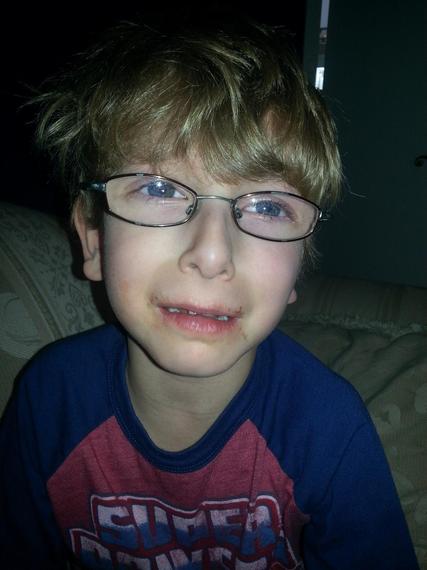 Every day is different

This particular afternoon was not a good one for Evan. What causes a meltdown one day, doesn't the next. Today he was really upset about playing in the basement alone. (Ironically, as I am typing this, just a few days later, he is playing alone in the basement, singing "Let It Go" as loud as he can.) 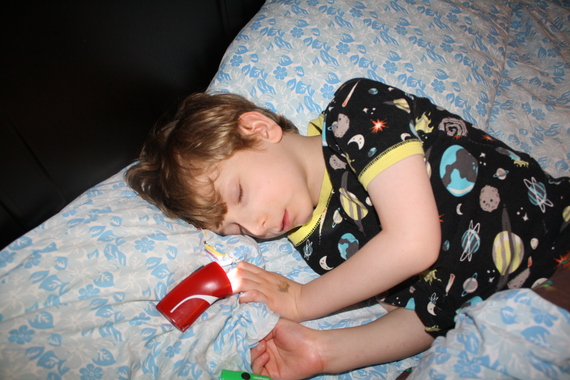 Evan asleep with his flashlight

Evan is afraid of the moon, but only at night, and can't explain why. When he sees it during the day, he is excited he found it. When he is outside in the evening, he insists on walking with his arm covering his eyes so he can't possibly see the moon. When we ask him why, he says it's too bright at night. Even on the cloudiest of nights, he refuses to put his arm down. Because of his fear, he feels safest when he falls asleep with his light on and insists on sleeping with a flashlight. 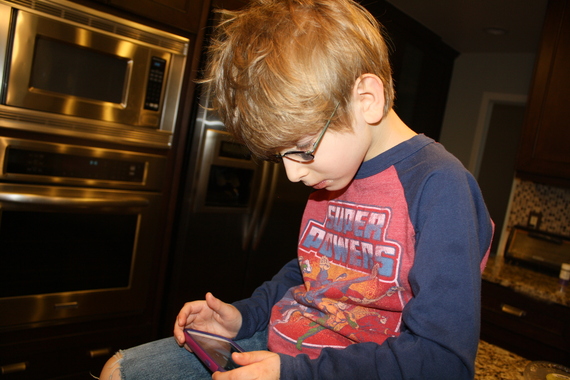 Evan loves technology. Some of his favorite games include Temple Run and Minecraft. He also likes to watch videos on YouTube. Among his favorite videos are the ones about different kinds of light bulbs. Now he will tell you that he is a lighting expert. Sometimes we can't go anywhere without Evan identifying the fluorescent, incandescent, and CFL light bulbs.

According to the Centers for Disease Control and Prevention, about one in 68 children has been diagnosed with autism. Evan is just one of a growing number of faces on the spectrum. Thank you for taking the time to meet just one person with autism.

Facts About Autism
More:
autism awarenessMotherhoodParenting ParentsAutism
Newsletter Sign Up
Raise the kind of person you'd like to know
Subscribe to our parenting newsletter.
Successfully Subscribed!
Realness delivered to your inbox