Last year, the author Gustavo Arellano reminisced about the time he debated conservative Colorado congressman and one-time presidential candidate Tom Tancredo. Their positions were polarized, since Tancredo has staked his career on decrying the presence of Mexicans in the United States while Arellano -- himself the son of Mexican immigrant -- has built his on documenting their contribution. The irony of the situation, Arellano reports, is that before the event the two men met for dinner at an establishment advertised as Denver's "best and most authentic Mexican restaurant." Just minutes before he went onstage to denounce the Mexican "invasion" of the United States, Tancredo happily polished off a plate of green tamales.

"Jennifer 8. Lee Hunts for General Tso" reminds us that Tancredo belongs to a tradition of Americans who enjoy the food of the same groups they hope to expel from the country. Lee begins by noting that there are more Chinese restaurants than all the McDonald's', Wendys, Burger Kings, Kentucky Fried Chickens combined. The Cuban Missile Crisis was resolved in a Chinese restaurant in Washington, D.C. The house where John Wilkes Booth planned the assassination of Abraham Lincoln is now a Chinese restaurant. NASA even serves Chinese food to astronauts on Space Shuttle flights. Given that we Americans consume so much Chinese, Lee asks, why not replace apple pie with Chinese food as our symbolic national food?

When large numbers of Chinese first came to America in the 1800s, they were reviled by American citizens, who saw them as alien. Far from embracing the cuisine of these new immigrants, Americans accused them of eating dogs, cats, and rats. -- Rachel Adams

The answer, her talk suggests, is that much as Americans love Chinese food, they also have a long history of hating people from Asia. Take the fortune cookie, for example. Fortune cookies were not actually invented by the Chinese. In fact, Lee shows some hilarious video footage of Chinese people encountering fortune cookies for the first time. "There's a piece of paper inside," one man remarks in confusion. Fortune cookies were a Japanese treat introduced to the United States in the early twentieth century. When the Japanese were forcibly interned during World War II, Lee says, Chinese entrepreneurs claimed the fortune cookie as their own. Chop suey has a similarly inauspicious history. When large numbers of Chinese first came to America in the 1800s, they were reviled by American citizens, who saw them as alien. Far from embracing the cuisine of these new immigrants, Americans accused them of eating dogs, cats, and rats. Indeed, Lee shows an ad for rat poison picturing a Chinese man eating a rodent beneath the inscription "they must go," clearly referring to both the rat and the man. Another slide pictures a pamphlet by the pro-union leader Samuel Gompers arguing in favor of the Chinese Exclusion Act, framing the problem of immigrant labor in terms of "meat v. rice." Gompers used this dichotomy to argue that the livelihood red blooded, meat-eating American workers was threatened by the influx of Chinese rice eaters. Lee proposes that the craze for chop suey was a kind of compensation for this more inauspicious past.

What I noticed about the video of Lee's TEDTalk is that as she reviewed this ugly history, the audience was laughing. Really?, I thought when a wave of laughter erupted as a slide of a Japanese internment order was followed by a photo of Japanese Americans confined behind a barbed wire fence. I have to chalk this up, at least in part, to Lee's breezy delivery. She's speaking her lines for laughs, and her listeners are ready to be entertained. And to be fair, I don't think the affluent TED audience actually thinks there is anything funny about Japanese internment. The point is that they feel free to laugh about the humor of cultural poaching because it is presented as a chapter of our national history that is safely behind us.

But I grew up in southern California, where people of Mexican descent are still referred to with the racial slur "beaners." Arellano offers a longer list of food-related insults, including "greaser," "pepper belly," "taco-bender," and "roach coach." Lee's talk should remind us that anti-immigrant sentiment in the United States is hardly ancient history. While the target may no longer be immigrants from China, xenophobia and bigotry is alive and well in America. Consider the very unfunny record of 2010-2011, which saw 164 anti-immigrant laws passed in this country, including Arizona's draconian SB 1070. It is true that Americans of all political persuasions love Chinese food. We also love Mexican food, Jamaican food, Thai food, Japanese food, Vietnamese food, Indian food, and all kinds of Middle Eastern food. Unfortunately, this cosmopolitan palate has little to do with our tolerance for immigrants. Sometimes, the most enthusiastic gourmands are also the most bigoted.

Tedtalks Chinese Food Jennifer 8 Lee Mexican Americans Made In The Usa... Chinese Food
This Blogger's Books and Other Items from... 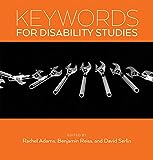 Raising Henry: A Memoir of Motherhood, Disability, and Discovery
by Rachel Adams