Windsor, the Defense of Marriage Act (DOMA) plantiff, received the magazine's Lifetime Achievement honor, while Daniels ("Precious," "The Butler") was named Artist of the Year. Miller, who came out while rejecting an invitation to attend the St. Petersburg International Film Festival in Russia, was named Newsmaker of the Year while Parsons nabbed the Entertainer of the Year honor.

Miller, who confessed to having attempted suicide before coming out, penned a poignant letter to his 15-year-old self for the new issue. It reads, in part:

What I would say to that younger self — what I’d say to anyone who’s walked a similar road — is to focus less on the fact that you nearly ended your life and more on the fact that you survived, that you lived to tell the tale. And then tell it. I’d say, ‘What you think of as scars are medals. They’re badges of honor, testifying to something inside you that is determined and tenacious and enduring.’

That’s why when someone who knows my story approaches me with a ‘poor you’ attitude, my response is, ‘Don’t feel sorry for me. Because I know what it is to be tested. I know what it’s like to be broken and to have to pick myself up again. I know who I am in those moments. And I’m stronger for it.’

Check out the full list of OUT 100 honorees here.

Take a look a selection of the honorees below. 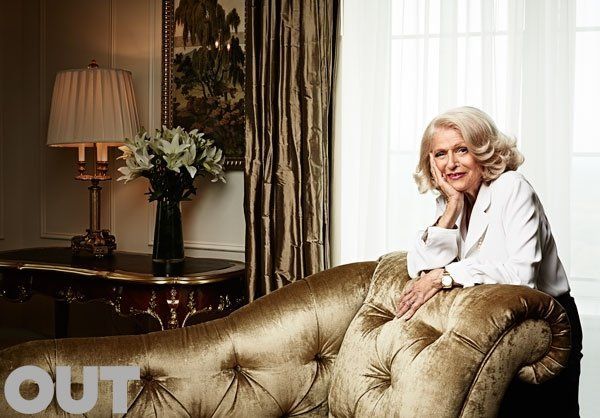