Sean Abley can trace his love of horror movies back to his preteen years. Still, the Los Angeles-based writer, director and producer said that coming out as a horror fan posed an even greater challenge than opening up to friends and family about his sexuality.

“I didn’t feel weird for being gay; I felt weird for being a gay guy who loved horror movies,” Abley recalled. “As a young gay kid, my [idea of] what being gay meant was more delicate. Horror movies are not polite dinner conversations, and the genre just seemed like such a straight enterprise.”

But when horror movie writer-director Clive Barker (“Hellraiser,” “Candyman”) came out as gay in the mid-1990s, Abley felt so moved, he penned an impassioned letter to horror fanzine Fangoria’s Editor-in-Chief Tony Timpone, praising his support of Barker’s then-surprising revelation. Timpone and Abley quickly struck up a working relationship, eventually leading to the launch of “Gay of the Dead,” Abley’s Fangoria blog emphasizing the work of lesbian, gay, bisexual and transgender (LGBT) stars and writers who focus on the horror genre.

Thirty-one of those “Gay of the Dead” profiles have been collected permanently in Abley’s new book, Out in the Dark: Interviews with Gay Horror Filmmakers, Actors and Authors. Horror devotees will certainly appreciate Abley’s candid, smart rapport with mainstream filmmakers like Don Mancini (“Child’s Play”) and writer/photographer Bruce LaBruce, known for his boundary-pushing explorations of sexuality on film; also featured are apple-handsome “Dante’s Cove” star Dylan Vox and his “The Lair” co-star Frankie Valenti, who some will recognize as gay adult film star Johnny Hazzard.

As insightful as his book is, Abley shrugs off the suggestion that horror movies appeal to LGBT audiences specifically as revenge fantasies -- a theory which was explored in Harry M. Benshoff’s 1997 book, Monsters in the Closet: Homosexuality and the Horror Film.

“I don’t really buy the idea that the appeal of horror movies is, in any way, gay-specific,” Abley, who names “Halloween,” “Dawn of the Dead” and “The Omen” among his favorites, said. “Any kid who was a nerd or unpopular in school would relate to ‘Carrie,’ for example, and all the reasons that we could point to as to why gay people would like horror movies are the same reasons why anyone would like them. “

While Out in the Dark emphasizes out and proud actors, filmmakers and writers (and makes a point to highlight the indie film community), Abley hopes the message of the book isn’t limited to LGBT readers.

“Even though they’re grouped by the fact that they’re gay, I hope readers come away from the book with an understanding of what it takes to put a film together,” he said. “Sometimes, it’s just fun to watch people get killed [in the movies]. Who among us can say that at some point in their life, that wasn’t something they enjoyed?”

For more on Out in the Dark: Interviews with Gay Horror Filmmakers, Actors and Authors, which is published by Lethe Press, head here. Be sure to also check out Abley's "Gay of the Dead" blog here.

Take a look at some of the artists Abley profiled below:

PHOTO GALLERY
'Out In The Dark' 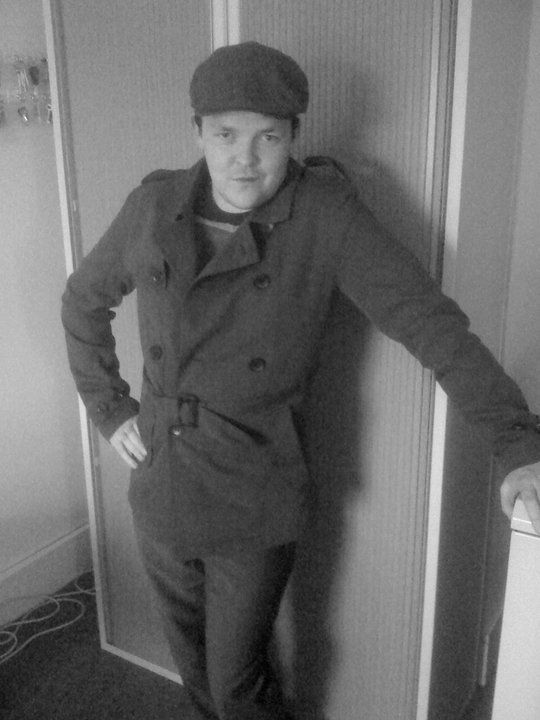