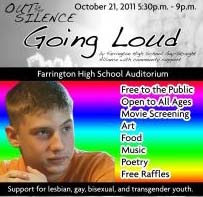 We are thrilled to announce the winners of the first annual Out in the Silence Award for Youth Activism, honoring three remarkable groups of courageous youth:

Two years ago, as stories about anti-gay bullying and youth suicide were finally beginning to receive national attention, we started traveling to small towns and rural communities across the country with Out in the Silence, our PBS documentary about the brutal bullying of a gay teen and his family's courageous call for accountability, to raise awareness about the problems and help people develop solutions.

While the campaign revealed that tremendous challenges remain for lesbian, gay, bisexual and transgender (LGBT) people in cities small and large, it also introduced us to a new, vibrant, youth-led movement that was emerging -- with little or no recognition or support from established advocacy groups -- to push for change at the community level in powerful and exciting new ways.

Inspired by these bold efforts, we launched a new, national Award for Youth Activism to encourage, highlight and honor creative and courageous young people and their work to call attention to bullying and harassment and promote safe schools and communities for all.

The award competition was announced this past June in partnership with GLSEN, the Gay, Lesbian & Straight Education Network. In no time, more than 100 student, youth and ally groups, coast-to-coast and beyond, registered to participate by holding free public events throughout the month of October, which marks LGBT History Month, Ally Week and National Coming Out Day. The events included a wide range of activities -- from film screenings, town hall forums and information fairs to art exhibitions, spoken word and original musical performances.

The program exceeded all expectations, and today, International Human Rights Day 2011, we're thrilled to announce the winners of the first annual Out in Silence Award for Youth Activism: 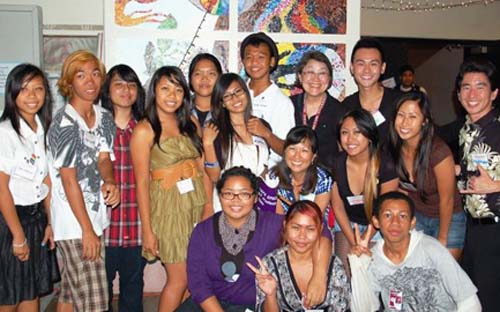 Not only did "Going Loud" organizers manage to bring together an incredible array of community sponsors and supporters to help amplify the event's message during two months of online and community outreach, promotion, and education, but they reinvigorated a dormant peer-to-peer support group at the high school and succeeded in involving local middle school students, the Boys and Girls Club of Hawaii, and members of a large, conservative, Evangelical church. Perhaps most importantly, they used the film and their extraordinary voices and creativity to demonstrate that homophobic and transphobic bullying, harassment and discrimination are experienced by, and must be addressed across, all ethnic, racial, class, gender, geographic, and religious groups. Youth in the Rainbow Nation are on the move! 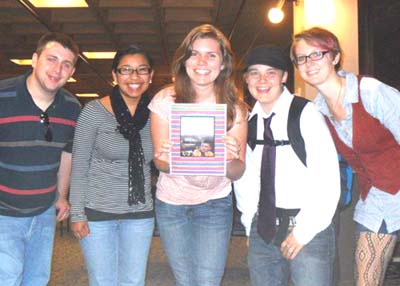 The $750 Impact Award goes to the Oregon Student Equal Rights Alliance (OSERA), which coordinated film-screening, discussion and speak-out events throughout October on campuses all across the state -- including Southern Oregon University Ashland (pictured), the University of Oregon Eugene, Eastern Oregon University La Grande, Lane Community College Eugene, Western Oregon University Monmouth, and Portland State University -- "to call attention to the day-to-day lives of LGBTQ students, educate the public about issues faced by LGBTQ youth, and call people to take action on-campus and in communities for inclusion, equality, and access to higher education for LGBTQ students in Oregon."

The events reached hundreds of college and high school students, community and campus leaders, and administrators, parents, and allies. And the best part is, these events were just the beginning. OSERA is committed to using momentum generated by the events to continue promoting justice for the LGBTQ community, changing diversity and tolerance trainings to help prevent gender discrimination, and strengthening state anti-bullying legislation. 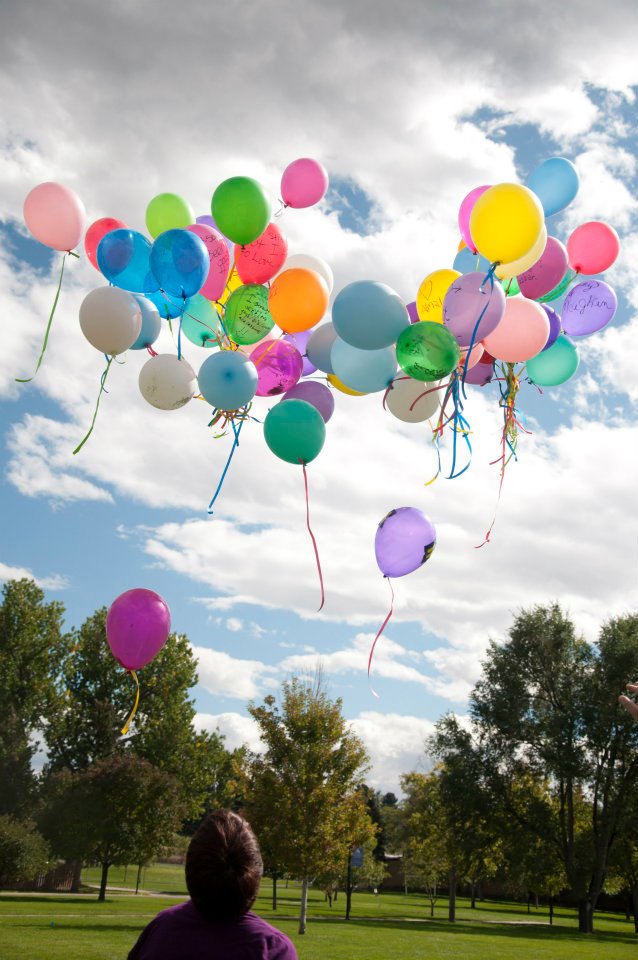 The $500 New Group Award goes to the Equality Club at Arapahoe Community College in Littleton, Colo., for a National Coming Out Day event that brought more than 250 people together to see and hear, like never before on this conservative, small-town campus, the faces, voices and concerns of LGBT students and their allies. Spearheaded by a young military veteran and his organizing team, the events included film screenings and powerful coming-out stories and discussions, a panel by former service members about discrimination and its effects, the formation of a new campus "Safe Zone" program, and a celebratory, public balloon release to help people let go of their fears and announce a new era of visibility and equality for all in the region.

To these three extraordinary groups, congratulations, and thank you for your hopeful activism!

In addition to the award winners, several other groups that participated in the program and did amazing work on their campuses and in their communities deserve an Honorable Mention:

Thank you all and please stay tuned to our website and Facebook page for announcements about how to support and participate in the 2012 Out in the Silence Award for Youth Activism.