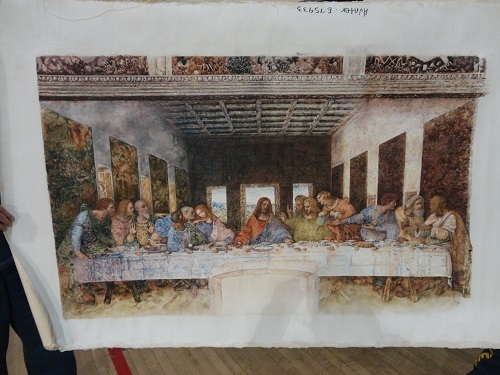 Although not as publicized in the mainstream as is perhaps needed, there are several prison-based art programs throughout the state of California. The Prison Arts Coalition website maintains a list of twenty-nine organizations, ranging from theatre to literature, which provide life-enhancing processes to inmates via the arts. Recently I had the opportunity to witness one of these programs at the California Institute for Men in Chino -- in collaboration with the California State University, San Bernardino. Community-Based Art (CBA) seeks to engage the community in the art-making process through a place-based effort, where students facilitate art classes and programs through a collaborative process to under-served community sites -- like prison. For ten-week sessions, student-led programs in the C-Yard provide the resources and tools to effectively engage inmates in a creative process and dialogue. Not only are they given devices to practice making art, but they are challenged to perceive art in non-traditional ways -- and talk about it.

My visit culminated with the end-of-semester session held in the basketball gymnasium where inmates who had been in the program were getting recognized for their completion. A certificate ceremony was held at the conclusion. Spread throughout the gymnasium were collaborative murals that depicted a Californian utopian landscape, patriotic military personnel, comic book superheroes and other iconography that dealt with popular culture. On different walls, somewhat embedded in the images were the words -- Out of Bounds -- in bold block letters. It must have been a warning to inmates about boundaries, similar to "post no bills." On one end of the gymnasium two inmates worked with brushes and an easel applying fresh paint to a wall, while on the opposite end a volunteer teacher led a workshop in creative writing, and mentioned they were currently working on getting approval from the warden to publish a hard-copy literary journal -- Voices through the Wall. Participating teachers gave classes in origami-based floral sculptures, canvas-painting, photo-realism technique and others. The simultaneous process seemed no different than commonplace art departments in a university, even maintaining a multicultural demographic. 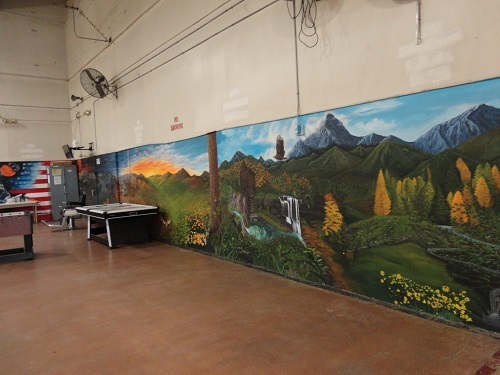 Interestingly, some workshops or classes are guided by an inmate teacher's assistant, while other classes are provided directly by the inmate teacher. An inmate I spoke with, a graduate of Chouinard Art Institute and the California Institute of the Arts, showed me a blueprint of a mural he was working on, and mentioned he wanted to teach the traditional fresco technique in order to render an extraordinary piece of significance like the great masters. Another inmate shared his trajectory of the art-making process when he saw an inspiring piece in a cellmate's wall and he offered to buy it -- instead the inmate offered to teach him how to paint something similar. As is often the case, family and friends had not been supportive in this inmate's artistic merits; however, in prison someone believed he actually had talent and influenced his ability to explore it. He trained briefly with the inmate and when the CBA program arrived in the prison, he immediately signed up and has even taught some of the art teachers origami techniques he learned in juvenile hall. All week long he anticipates that Friday morning when he knows he will be at his best as teacher and pupil. He said to me, "You learn the most when you're sharing that gift -- the knowledge -- passing it down to other people."

The inmates join the art program voluntarily. It is an alternative to prison politics, gangs and drugs, and it is meant to offer a rehabilitative process. I spoke with an inmate who has the most seniority in the program, who mentioned that the art-making process is another way to find redemption. Like a grassroots organizer, he walks around the prison trying to recruit inmates of different races, something he would have never done in the past. It helps inmates get out of the yard and avoid politicking, while finding a way to reconnect with family, loved ones and people of other backgrounds. Prison is a segregated place, however, in the CBA art program, they are building a different foundation and becoming team players -- using a multicultural approach and safe place for human interaction. Some of the harder inmates denounce the art program as "weak," similar to finding redemption through religion. However, what I witnessed was a strong introspective process of self-discovery, and the inmates I spoke with had an extraordinary confidence and passion that according to them was learned through this rehabilitative process. Each inmate that successfully completed the program was given a certificate and their name was called aloud to echo individual distinction. They walked through the crowd, head held high with exquisite pride, and they received their certificate with rapture. A professor recently told me that people just want to be seen -- to be acknowledged, and in Chino it didn't matter that these individuals were incarcerated, or criminals or people marginalized from society, they were human beings who longed to be recognized -- like the rest of us. 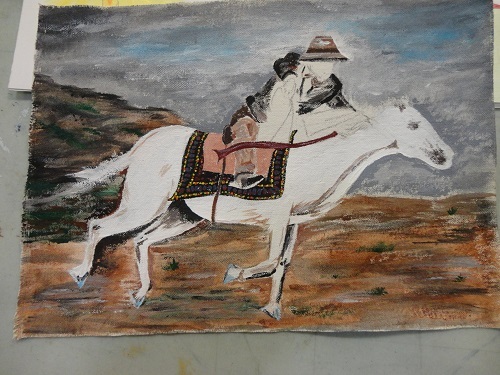