The following post contains major spoilers about "Out of The Furnace."

"Out of the Furnace" is a revenge movie that doesn't feature very much revenge. For co-writer and director Scott Cooper, that twist was intentional.

"In most screenplays, Rodney would be dead in the first 10 pages and Russell would be avenging him for the other 90," Cooper told HuffPost Entertainment about the film, which stars Casey Affleck as Rodney, a soldier home after four tours of duty in Iraq, and Christian Bale as Russell, Rodney's blue collar older brother. "I wanted us to fall in love with Rodney and understand his torment, understand what young soldiers are going through."

"Out of the Furnace" is Cooper's second feature following "Crazy Heart," and the film paints a portrait of modern-day America that is bleak and weary. Russell can barely make ends meet in his job at the local steel mill, while Rodney, in throes of Post-Traumatic Stress Disorder, bounces from gambling to bare-knuckle fighting in an attempt to regain some level of post-war normalcy.

"I supplied Casey with lots of research and documentaries and talked to soldiers who, unfortunately, live with this on a daily basis," Cooper said of the care he took to portray Rodney's experience. "They have seen things that you and I can only imagine and they have to live with that."

Spread across five years, "Out of the Furnace" takes time in telling its story. Cooper never underlines when an event is taking place, instead using subtle visual cues to express movement on the calendar.

"The audience gets so much information, that we've become disengaged. Whether you get it from your Blackberry or your iPhone, I think we get our information too quickly and it's too disposable," Cooper said. "It was important to me that we were patient and we take time to dole things out in subtle fashion. You don't even know that Christian and Casey are brothers in their first scene together until the very end. Those sort of things, all the way throughout the film -- including the final shot, which I hope sparks conversation among filmgoers -- were important."

About that final shot: After being thwarted by law enforcement officials, Russell kills Harlan DeGroat (Woody Harrelson), the meth-addicted crime boss responsible for murdering his brother, right in front of the local sheriff (Forest Whitaker). Cooper then cuts to Russell sitting quietly in a living room, before fading to black. "It's an homage to 'The Godfather Part II,'" Cooper said, referring to the final shot of Francis Ford Coppola's 1974 Best Picture winner.

"This is a man who is battling his soul and living with the consequences of violence. When he went to kill Harlan DeGroat, he thought he could have gone to prison or be killed by the police. He never thought he would get off and that the sheriff would ultimately say, 'Let me make this right.' And he does," Cooper said of the finale of his film, which takes place at an undated point after Russell has murdered DeGroat. "This is a man who, whether he is prison or not, he's in prison for the rest of his life. Hopefully he will find peace and contentment at some point. I'm a very optimistic person, I hope that, ultimately, Russell Baze does find that."

CORRECTION: This article initially misstated that Affleck's character is a veteran of the war in Afghanistan; rather, the character served tours in Iraq.

PHOTO GALLERY
"Out of the Furnace"

What Really Happens At The End Of 'Out Of The Furnace'?
"Out of the Furnace" 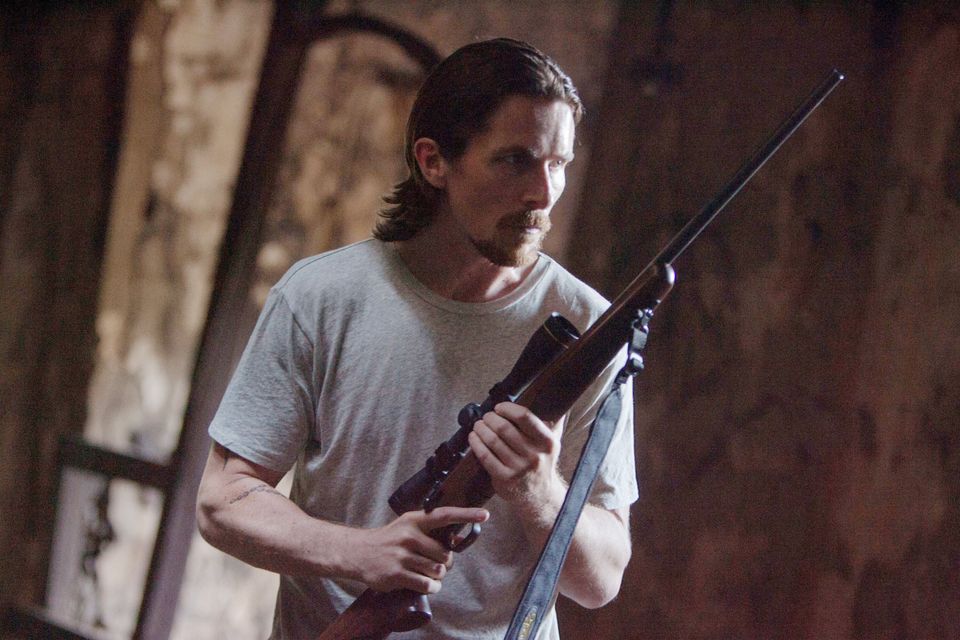 1 / 26
This image released by Relativity Media shows Christian Bale in a scene from "Out of the Furnace." (AP Photo/Relativity Media, Kerry Hayes)
AP