Recent headlines and this season of increasing darkness magnify fears. And I find myself thinking about parenting in today's world. Specifically, how do we raise children and instill in them a sense of safety? 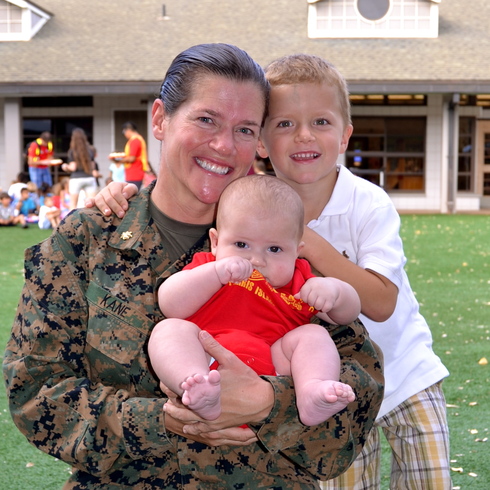 Helicopter parenting is one way to shield children from risk and harm. (So much so that children cannot grow into confident, competent adults.) This parenting style seems to have emerged during my childhood, in part, from a series of public scares -- jagged little encroachments on the belief that American middle-class life was always and everywhere safe for children.

One instance hit close to home, literally: the Tylenol poisonings, which caused seven deaths from Tylenol capsules laced with cyanide. It was September 1982, early in my sophomore year of high school. I was sitting in Spanish class when the announcement came overhead instructing anyone who took the medication within the past 24 hours to report to the nurse's office.

The first victim was from a neighboring town -- a girl with a sore throat. Her parents gave her a Tylenol, and within hours she died. The next three victims who died shortly thereafter purchased the medication at my local Osco Drugs. A stranger -- dubbed the Tylenol Terrorist -- injected danger into the heart of family life.

Safety measures were enacted, and panic soon died down. But the event left a cloud of safety measures and parental anxiety in its wake. That Halloween, I noticed a shift in trick-or-treating. No more bright-colored popcorn balls or candied apples. No more roaming the neighborhood unchaperoned after dark. Homemade goodies and being out at night were objects of fear.

Curiously, Halloween candy poisonings are almost entirely the stuff of myth. In 1974, a man killed his own son at Halloween by filling Pixie Stix with cyanide. (He wanted the insurance money.) He tried to cover his tracks by slipping tainted candy into other children's trick-or-treat bags, but no one else was hurt.

That is the only case on modern record of a child eating poisoned Halloween treats. It had nothing to do with strangers or homemade goodies. Yet somehow, it has become a fixed, yearly ritual for parents to sort the stuff children get on Halloween and throw out anything odd-looking or homemade.

During this same time, fears of kidnapping grew exponentially, sparked by the 1979 disappearance of 6-year-old Etan Patz. In actuality, stranger abductions are exceedingly rare events. Yet our fear of them has curtailed the freedom my generation had to run around outside, play and explore.

Holding on so tightly to our children -- controlling their environments so closely and intervening so frequently on their behalf -- cause psychologists and educators to believe our children's transition to adulthood is being compromised. That many college-aged student now have trouble acting independently. That they seek safety rather than showing boldness. That they meet risk with overblown anxiety.

As a parent, I see a cautionary tale in helicopter parenting. I want to keep my children safe. Yet I also want to not get bogged down in sensationalized threats and miss the obvious ones. Traffic. Hot things on the stove. Wet bathroom floors.

I choose not to get bogged down in fears and I strive to teach my children not to either.

I want my children -- all children -- to travel down a path where they claim independence, competence and joy in ever-widening circles. I want them to learn to assess their risks with sober calm, so that they will not sit out the swimming pool for fear of sharks or help cause a stampede when a fire alarm goes off.

I cannot make a risk-free world for my children or for the young adults to whom I minister in the military. I can only help them nurture the inner strength that lets people act with integrity and calm, even when danger is close and very real.

Which relates to questions I have, specifically, concerning refugees in the wake of the Paris bombings.

Do those people loudly bemoaning this generation's "overly soft" and anxious children realize the same rules apply to adults? That by dwelling on the worst, most spectacular fears we take our eyes off the ball and miss the bigger picture? That by failing to weigh risks with a measure of objective calm, we drive to tragically flawed results?

Why is it we rightly want our children to be so practical, competent, and brave, yet we ourselves are exempt from the same when it comes to adult-sized problems and risks?

The facts of refugees and terrorism are something like the facts on Halloween candy poisonings. Since September 11, 2001, many Muslims have sought asylum in the US. None of the asylum seekers permitted to enter our country committed a terrorist act. Though the risk exists that a terrorist could infiltrate streams of refugees, the screening process for asylum seekers is far more rigorous than the one for tourists.

Refugeeism is just not the logical way for ISIL to arrive. Statistically speaking, Americans are more likely to die from falling furniture than from a terrorist strike. And terrorism experts are confident on the point that refugee camps (i.e., where refugees go if we do not let them in) are prime sites of extremist recruitment. Resettlement tends, just the opposite, to lead to...settling in.

Yet we fear the specter of Syrian refugees in tragically outsized and neurotic ways.

Every piece of Halloween candy could be poisoned.

Every refugee could be a terrorist.

As a parent, I wish for a world of children strong enough not to lose their sense of perspective and cool with every new experience that masquerades as risk.

A world of children strong enough to embrace ever-widening worlds of joy and knowledge and competence, rather than retreating to ever smaller and seemingly safer spaces.

As a minister, I wish the same for the world of adults.

During this season of days growing darker, may we be mindful not to give in to outsized fears of the dark. May this season where so many cultures celebrate light be one not simply about lighting the darkness, but substantively be one about bringing light into our reasoning. 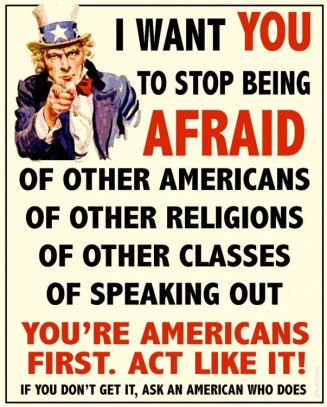 More:
Parenting americaparis attacksParentsBecoming Fearless
Newsletter Sign Up
Raise the kind of person you'd like to know
Subscribe to our parenting newsletter.
Successfully Subscribed!
Realness delivered to your inbox